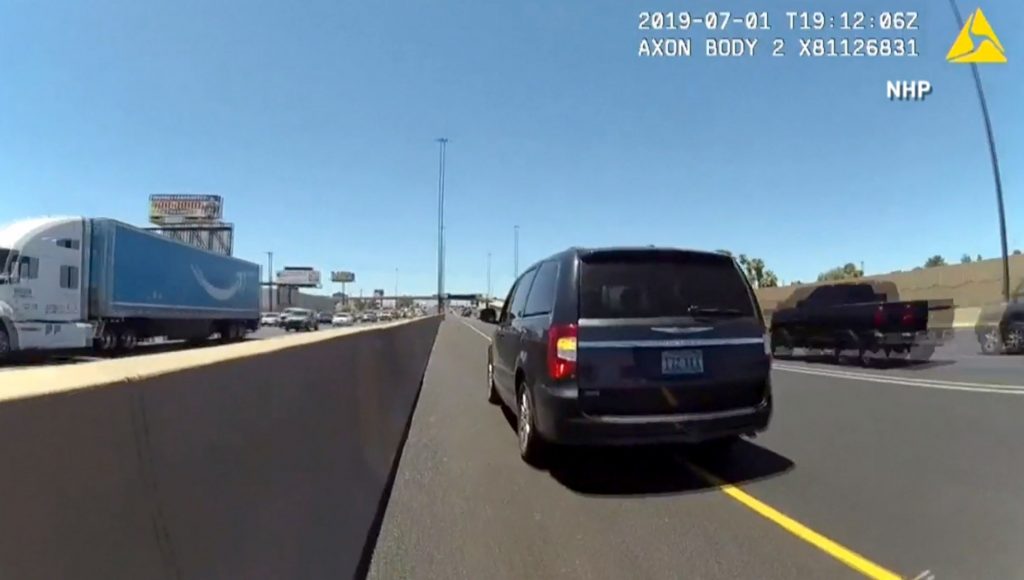 If you ever wondered if you could transport a corpse in the carpool lane, the answer is a resounding no. One hearse driver found that out the hard way after being pulled over in Nevada for using the HOV lane.

The Nevada Highway patrol were taken aback when the person driving the hearse joked, “He doesn’t count?” as he pointed to the body in the back. They got a good laugh out of it and let them off with a warning. Then they issued the statement which can be found on their twitter.

So I suppose the lesson is here that if you want to move dear old grandma’s body and don’t want to pay the hearse to come take her. Rig her up to a pulley system and THEN go on the freeway into the carpool lane. That way you can throw your voice and greet the officer that pulls you over.

On a more serious note though, if you want to take a look in the Nevada description of what constitutes a carpool buddy one twitter user seems to know the answer.

“Seriously @NHPSouthernComm. NRS 484A.460 States “more than one person”. It does NOT clarify that the other person has to be “alive”. @TonyGLVNews. I would have fought this one.”

Another user asked @NHPSouthernComm, “What about the undead?” to which they gave no reply.

So it seems the definition is still a bit hazy. Whether this post is real or not seems to be under speculation, but KTLA5 seems to think it is and has reported as such. It could be a ploy to reiterate how to use the carpool lane by the Nevada Highway Patrol-Southern Command, but if that is the case good on them for providing interesting material!