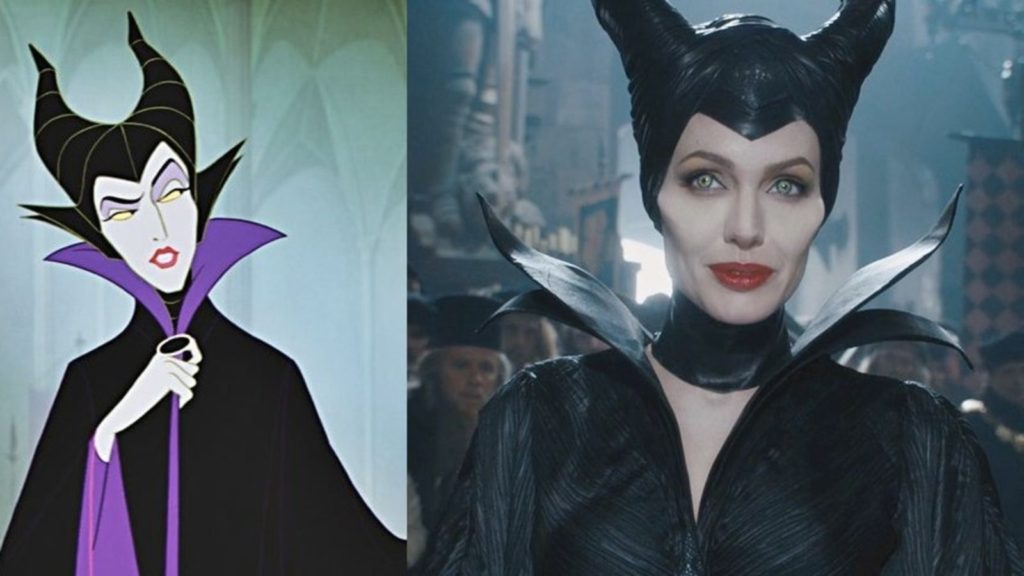 What Went Wrong With Disney’s “Maleficent”

Back in 1959 Walt Disney Productions released it’s 16th animated feature film, Sleeping Beauty, and it had what, in my opinion, was the scariest Disney villain of all time, Maleficent. Maleficent was a horned evil fairy who lived in a crumbling castle on top of a mountain, could transform into a dragon, and called herself “the Mistress of All Evil”. If all of that doesn’t scream bad ass, I don’t know what does.

One of the main things that set Maleficent apart from her villainous cohorts was her motive. She literally tried to curse a baby to death because she wasn’t invited to the christening. And it would have worked too, if it weren’t for those three good fairies and their meddling prince.

Basically, Maleficent was as evil as one could get. Until Disney started their series of live action remakes…

The live action adaptation of Maleficent was truly doomed from the start. It was originally announced in 2010 with Angelina Jolie in the titular role and Tim Burton in the director’s chair. At some point in 2011 Tim Burton quit the project and in 2012 Robert Stromberg, a production designer on the live action adaptation of Alice in Wonderland and Oz the Great and Powerful, was chosen to be the new director.

The film was finally released in 2014 and opened to mixed critical reviews. The character of Maleficent was no longer evil. Instead, we get a backstory where Maleficent starts out as a little girl, who is not only a fairy, but one of the main protectors of the other fairies and smaller creatures of the magical land of Moors. Soon she meets a boy named Stefan and grows to love him. One day, he fails to return, and Maleficent grows to embrace her role of the strongest protector of the Moors. Eventually, the king of the neighboring kingdom tries to take over the Moors, and Maleficent and her army of magical creatures stop him. While the king is on his death bed, he tasks one of his men to take down Maleficent, and whoever can do it, gets the crown. The man that steps forward to volunteer is Stefan.

Because Stefan knows Maleficent’s weakness, he goes to her and drugs her. While she’s unconscious he tears off her wings with iron, which is deadly to fairies. This is where things really get kicked off and Maleficent becomes a villain (sort of). She vows revenge on Stefan and places a curse on his first born child, Aurora.

Stefan sends Aurora to live with the three idiot- I mean good fairies. Seriously, the fairies in this movie, played by Imelda Staunton, Juno Temple, and Lesley Manville, are infuriatingly stupid. They allow Aurora to wander off and almost die several times while she is growing up and she even almost starves because they forget to feed her. The only way the child survives, ironically, is thanks to Maleficent and her sidekick Diaval.

Eventually, Aurora, played by Elle Fanning, grows up and seeks out Maleficent, and they begin to have a mother daughter relationship of sorts, leading Maleficent to inevitably try to revoke her curse, to no avail. Everything culminates into a showdown between Maleficent and King Stefan, who has gone mad. Of course, Maleficent wins, gets her wings back, turns out to be the true love that can wake Aurora from her slumber, and Aurora becomes the queen and they unify the Moors with the human kingdom.

Why is Maleficent a hero? Why does she have a motherly love for Aurora? And most importantly, why is this movie getting a sequel?

Yes, I do understand the concept of character development, and I will give credit where credit is due, they did a good job of developing Maleficent’s character. But my Maleficent was a bad ass that just wanted to see this kid die, and that’s what I hoped for from a live action adaptation. Instead, we get this bowl of sentimental schlock that is somehow now getting a sequel.

Maleficent: Mistress of Evil hits theaters on October 18th, 2019, and I truly hope that with a title like that, that we get our bad ass, truly evil fairy.