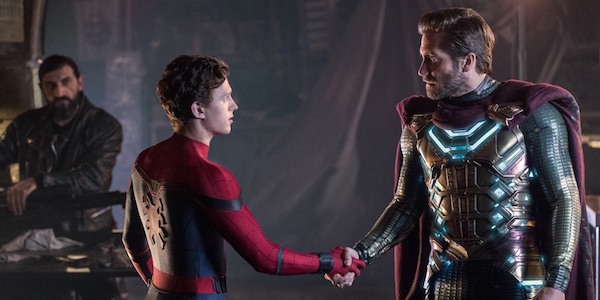 What Will be The Next Avengers Movie

It can sometimes be hard to put ideas and concepts into perspective. When you’re stuck it can be helpful to get an outsiders ideas to help get the creative juices flowing – Welcome to Nerdbot Nosies where our staff gives you their opinions on different topics. Let’s get started

What and who do you want to see in the next avengers movie ?

Breana Ceballos Honestly? Hmm… I would want to see an Avengers Vs. X-Men Movie. Or if not that then they run into an X-Men out of uniform while fighting. But we don’t know it because there are out of uniform.And then when they finally reboot X-Men we find out and we’re like OHH! So I guess my answer is, I really just want an X-Men movie.

Either that or I guess Jessica Jones. But keep Krysten Ritter. So much power in that leather jacket!

Chris Navil I want to see some real action and less of the dry comedy. Maybe something that will at least follow 90% of the comics

Ronnie W. X-men vs Avengers, it kicks off because Rogue steals Captain Marvel’s powers, puts her in a coma.

James L Garza II Since it was already teased, Brian Braddock aka Captain Britain, let’s bring in some more countries into the fold

Adam Chmielewski One thing Marvel did through the last two Avengers was really change the ensemble superhero movie. On top of the spectacle, we saw traces of a legitimate story, like Thanos’ quest for the infinity stones. There has to be a similar model no matter where the MCU decides to go. X-Men vs The Avengers would be killer but it’s nothing without a compelling build up. One thing that Endgame gave us was the last hurrah of the two armies squaring off in a field somewhere. Spectacle has to be coupled with a compelling story. It may take ten more years, but they have to replicate what was done before then go beyond that.

Barbara Walsh Doom, Namor, and Silver Surfer. But mostly Doom. Also maybe while Thor is off with the Guardians Earth needs some help so he sends Beta Ray Bill and everyone is like “geez we thought Thor let himself go before, now he looks worse!Would kinda like to see people’s response to Silver Surfer whooshing past on his surfboard. Although I guess everyone is kinda jaded after watching Thor fly around after his hammer. Maybe the Guardians run into him and Rocket is trying to figure out how the surfboard works (and if he can steal it and sell it)

Paul Pastora I think Avengers is over. That’s it, I’m done. Call it something else. This chapter is over and I’m scared about my interest dying with it. I’ll watch the next Black Panther movie and probably Guardians 3, Dr Strange 2, Cpt Marvel 2, then I’m not so sure what else is interesting.

So Nerdbot Readers! Who and what do you want to see in the next Avengers movie? Let us know in the comments!