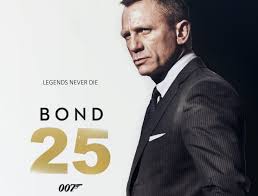 Uncontrolled Explosion Occurs on the Set of “Bond 25”

Production on Bond 25 has experienced yet more bad luck. A series of 3 on-set explosions at Pinewood Studios in Buckinghamshire has caused some damage to the set and injured one crew member. The explosion grew beyond the control of the pyrotechnics crew that was supervising it. The crew was testing a stunt in which a fireball rips through a laboratory when the explosions occurred. A source told The Sun: “There were three loud explosions, one after another, and a member of the crew was lying on the floor outside the building injured.”

The explosion is reported to have blown off part of the roof and blown some wall panels off of the stage. There were apparently no serious injuries on set, and the extent of the injuries of the crew member outside the set is unclear as it has been reported as “minor” and “serious.” The crew member was injured when part of the set fell on him as he was standing on a ramp outside the studio.

A statement by the official James Bond twitter: “During the filming of a controlled explosion on the set of Bond 25 today at Pinewood Studios damage was caused to the exterior of the 007 Stage. There were no injuries on set, however one crew member outside the stage has sustained a minor injury.”

Production on Bond 25 seems to have been plagued by trouble. There have been changes in writers and directors until finally, Cary Joji Fukunaga came on board as the director in September 2018 following the departure of Danny Boyle. However, scripting duties continued to be in flux, with Neal Purvis and Robert Wade reworking the script in September 2018, then Paul Haggis rewriting their script in November 2018, Scott Z. Burns being brought in to work on the script in February 2019, and Phoebe Waller-Bridge polishing the script in April 2019. There had been rumors that Craig would not return to the role and speculation over who might replace him. Even as shooting began in Jamaica there was talk of behind the scenes issues. Then Craig injured his ankle during shooting, temporarily halting production. The actor is on a 2-week break from filming to recuperate. Now there has been another issue with this uncontrolled explosion. Hopefully, things will begin to go better for the film.