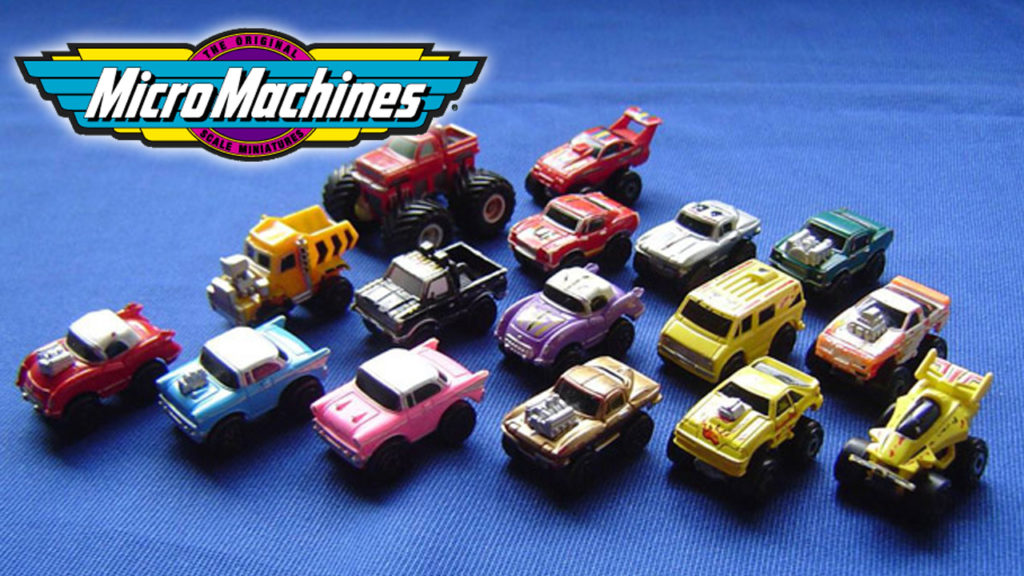 Micro Machines is Coming Back To Stores In 2020

I remember being a kid, roaming around the super market in the tiny toy isle while my Grandma shopped for groceries.

Two things I always stopped to look at were Hot Wheels and Micro Machines.

This was way before my age of collecting. Before my adult fear of opening anything from its original packaging….BECAUSE THAT’S HOW IT LOSES IT’S VALUE! Yeah, my innocence is definitely gone.

Also, these commercials with the fast talking Micro Machines spokesman were spoken so fast, as a kid I was absolutely amazed.

Fast forward to today, I was nostalgically excited to see the news from Hasbro and Wicked Cool Toys regarding the return of Micro Machines!

It might be time to start collecting them again…but of course not opening the packaging!

BRISTOL, Pa., June 4, 2019 /PRNewswire/ — It’s time to take a trip down memory lane—in a tiny car! It was announced today that Hasbro, Inc. (NASDAQ: HAS) has entered into an agreement to appoint Wicked Cool Toys as global master toy licensee for one of the hottest toy lines of the 1980s and 1990s, Micro Machines.  Wicked Cool Toys’ portfolio includes original IP as well as the master toy licenses for top brands including Pokémon and Cabbage Patch Kids®. Micro Machines, a top-selling line featuring collectable component style “playsets” and miniature vehicles, originally became a hit in the mid-1980s.  The new line of Micro Machines is expected to hit store shelves in the fall of 2020.

Michael Rinzler, co-president of Wicked Cool Toys, said, “Micro Machines is one of those amazing nostalgic brands that still has appeal 30 years later.  There is huge potential to bring it back.”  Jeremy Padawer, co-president, continued, “Considering recent toy unboxing trends, the brand’s multigenerational appeal, and the vehicle category’s ripeness for something ‘new’ again, we believe Micro Machines will be a global phenomenon.”

The original Micro Machines line was made by Galoob which is now part of Hasbro.  Many different styles of Micro Machines were released including popular model cars and trucks, emergency vehicles, motorcycles, and airplanes.  In addition, several Micro Machines lines were created based on top franchises.  The toy line is as much known for its petite size as it is for its popular advertising campaign.  Each spot ended with the slogan, “If it doesn’t say Micro Machines, it’s not the real thing!”

Casey Collins, General Manager and Senior Vice President of Entertainment and Licensing at Hasbro said, “We are thrilled to be partnering with Wicked Cool Toys, an entrepreneurial toy company that has a proven track record in relaunching classic brands with product innovation and a modern, sophisticated marketing approach.  We are excited to collaborate to introduce Micro Machines to a whole new generation of kids.”

Further details about the new Micro Machines line will be released later this year.