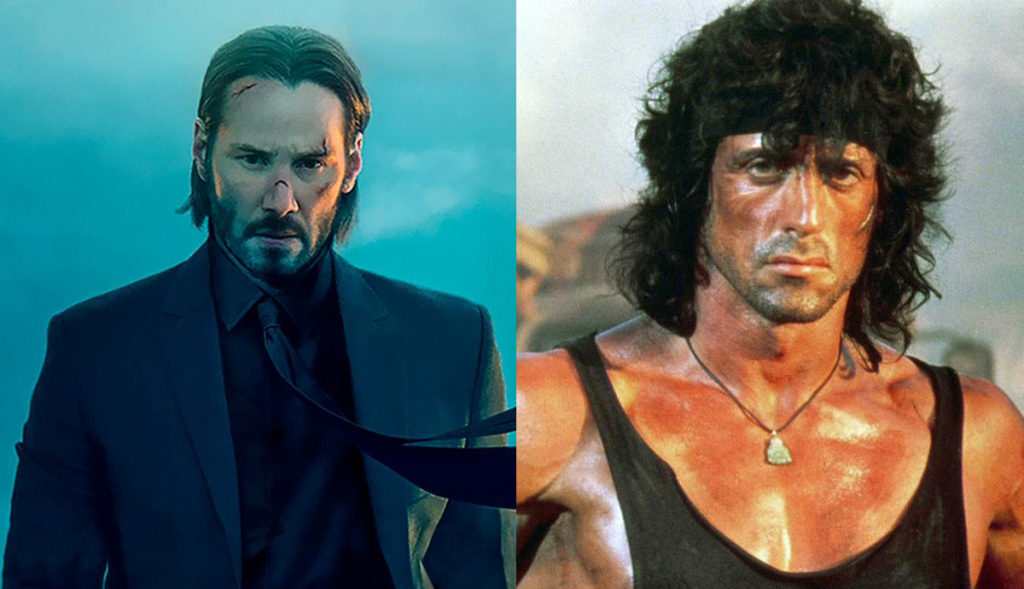 John Wick or Rambo? We Answer: Who has a higher Kill Count?

Back in the day we saw Rambo, Jason Voorhees and Michael Myers as the record holders for on-screen kills in a movie or movie series.

Now we have a new contender. The boogeyman himself, John Wick.

Thanks to Bloody-Disgusting, here is a list of confirmed on-screen kills by John Wick, separated by each of the three films.

The first time I was taken back by the amount of individual kills on-screen was when I was a kid watching Rambo II.

I made me start asking…how many people did John Rambo (Sylvester Stallone) in his anti-war, anti-government killing rage actually take down?

Now we enter THE BATTLE OF THE JOHNS!

Rambo started off pretty light. The first movie, Rambo: First Blood was more of a retrospective on the affects of war and the treatment of soldiers post Vietnam. Following First Blood, we start seeing some major changes in the tone and kills of each movie.

Here’s a great graphic that shows the kill progression between the Rambo movies.

Here’s a simple kill count write out off the graphic:

John Wick: Chapter 4 has to achieve a kill Count of 133 to surpass Rambo’s 4 film tally.

In short, you have to pump those numbers up Mr. Wick!

He’ll definitely have a chance to in John Wick: Chapter 4 to win.