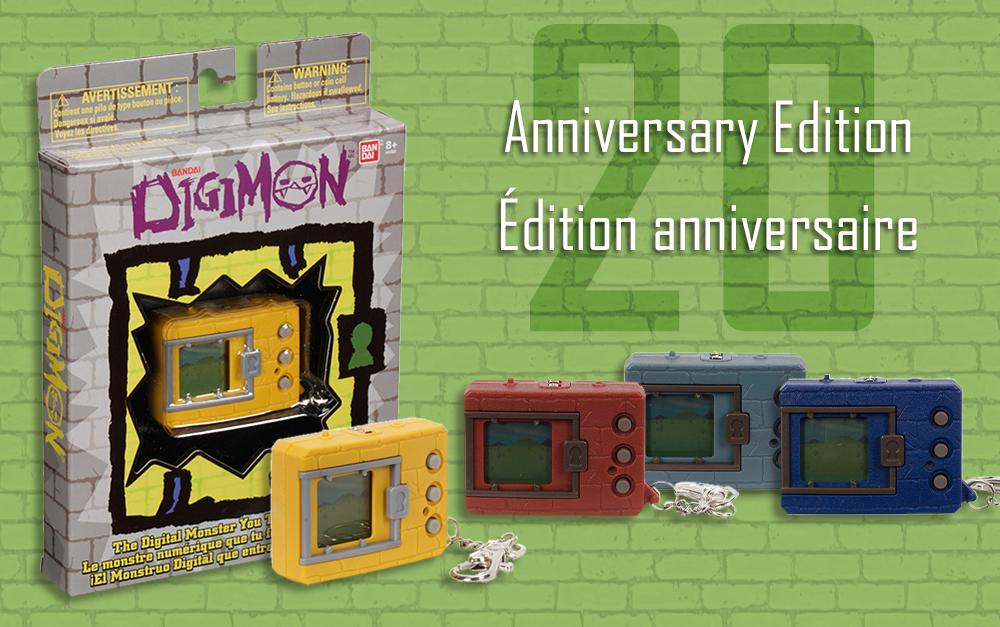 Digimon 20th Anniversary V-Pets Can Be Preordered at Gamestop

For the Digimon 20th anniversary in Japan they released a set of Virtual Pets that we were unable to get here in the west. Well now it has been confirmed that we are not only able to attain these but also for the low price of around $20 bucks if we preorder now at Gamestop!

According to Withthewill.net, “Gamestop in the US is still taking preorders for $20 each. The SKU if they have trouble finding it (if you go in to pre-order) is 191562. At the moment this is not listed at GameStop’s website and you have to go into the store. When you give them the SKU they will likely say it’s for ‘Assorted Digivice’, this is the correct item.”

It has been a long time since we have seen any sort of Digivice here in the states. The last time was for the 15th anniversary and even then they were harder to find. These new Digivices are rumored to be easy to order at Gamestop and to become more widely available after launch.

This all speaks to the Digi Renassaince that appears to be happening everywhere what with the release of the new game and the movie that is being worked on right now. Can we expect to see a Digi Explosion? Now that Pokemon has come to the forefront yet again and nostalgia is at it’s peak it would only make sense for Digimon to make a comeback as well. I hope everyone’s wallets are ready for this!