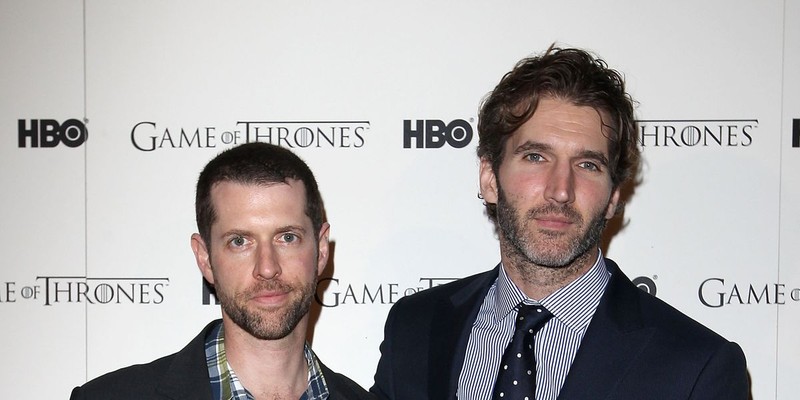 Game of Thrones Showrunners to Write Next Star Wars Film

David Benioff and D.B. Weiss may be done with Game of Thrones. But their career in writing for epic fantasy thrillers is far from over. According to attractionsmagazine.com who was live tweeting with Iger during the
6th Annual MoffettNathanson Media & Communications Summit, Iger has said that these two would head the newest Saga now that the Skywalker Lineage movies are complete.

Since we have nothing to go on as far as what this movie could be about, other than the fact that it is Star Wars we kind of have to take this with stride. I’m sure that Benioff and Weiss will do a fine job of writing the script however a lot of Game of Thrones fans are not going to be happy. Especially because this season so far has been what some are calling “a complete dissapointment”.

You can expect their film to hit theaters December 16th 2022.

Nerdbot will be updating you with details as more comes out on this story.

What do you think of this? What do you want the next Star Wars story to be about? Tell us in the comments!