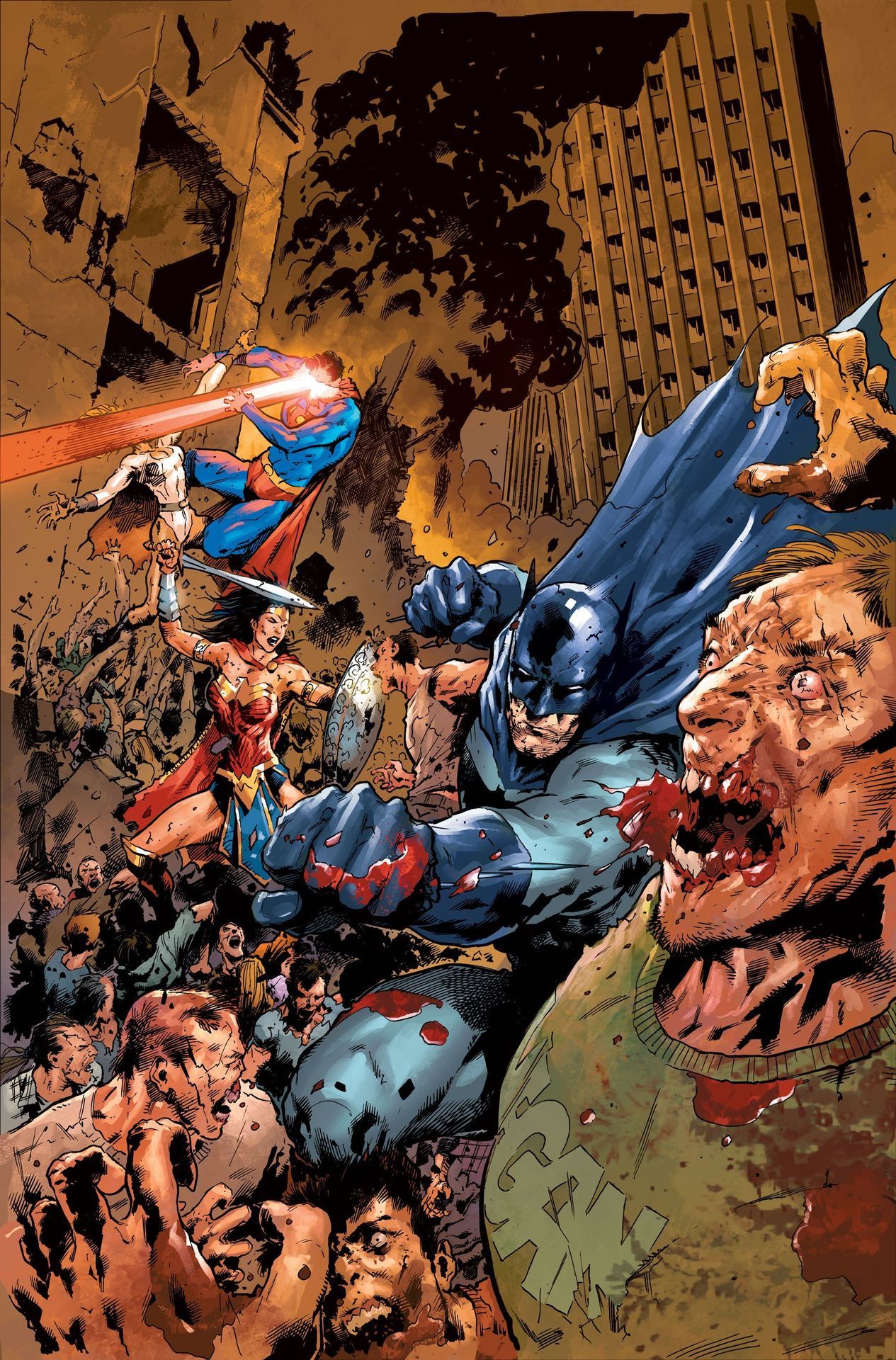 Dceased is Here to Kill Off Every Hero You Love

When adapting the iconography of Dc Heroes , it can be difficult to bring a fresh and impactful take on characters that have been adapted for decades. Released today, Dceased has given new weight to the term “ Going Viral” , as we are introduced to a world that’s tearing itself apart.

We open up to the defeat of Darkseid, an effort which took the league a week to rebuff him and his forces. After swearing that he will never return, he ominously states that he had gotten what he came for.

Cyborg has been taken ( as noted by ‘Big Brother’ Batman) to Apokolips where Our big bad plans to reunite the his half of the Anti Life Equation with the one found residing in Victor Stones Motherbox.

After merging it with the side of the Death, the Black Racer, he finishes the equation. The miscalculation being the fact that in order to create the Anti Life Equation, he would need to change how it would form : ultimately leading to his downfall.

We Can’t Get Over Lucas Werneck’s Amazing X-Men…

Seeing the damage this Techno-Organic Virus can cause, Dessad( number #1 Darkseid Fan) sends Cyborg back to earth where all hell breaks loose. All of earth is exposed to this virus, loses control and become slaves to it. This is where to world ending calamity begins and our hearts break at the realization of what this means for and to our heroes.

The world of superheroes is basically an absurdist melodrama. With Tom Taylor creating real weight with the story and the set up. While this isn’t defined as exactly the same world as our main continuity, it’s close enough so that investment in said characters carry over.  The dialogue and the narration help to frame the severity of the situation, with its being frames as a remembrance of how the whole event started.

( aka if anything happens to Jon and Damien I will Riot).

The art varies from Trevor Hairsine (1-6) and Stefano Gaudiano(15-26) taking up a majority of the book, with James Harren filling in a smaller gap before the middle of the issue(7-14). There’s a clear style change while we visit Apokolips, which helps to really establish the raw and powerful scenes that go on there. There are alot of great body and facial reactions that are really pulled off well here. And although there is the occasional questionably proportioned figures here and there, its somewhat forgiven under the guise of the artists style.

This has all the fun and gravitas of an elseworlds story, with the emotional investment that will really make this memorable. Go grab it while you can.

What’s your opinion of this issue ? Is the zombie esque set up overplayed or welcomed ? let us know down below!

Persona 5 S Will Be a Warriors-Style Action Game