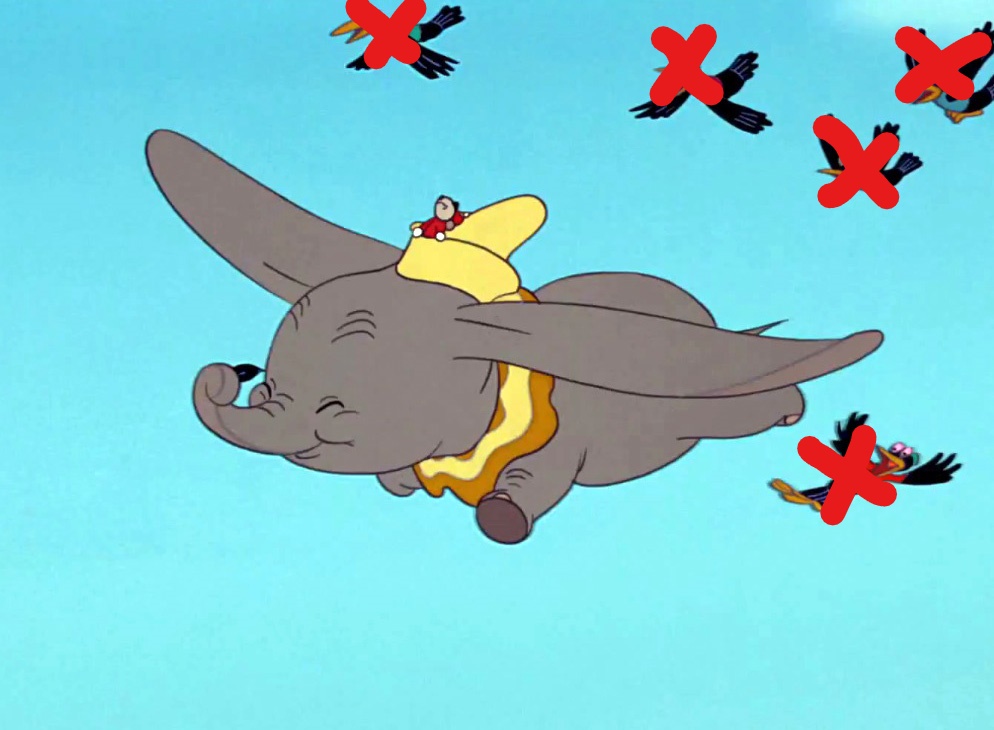 Disney+ Will Censor Some of Its Library

Disney’s streaming service is coming this year, but those that heralded that it will include Disney’s entire library find themselves eating crow right now, pun intended. According to an exclusive run by Boardwalktimes.net It appears that the O.G. Dumbo will edit out all of the crow scenes, and Song of the South will be excluded in its entirety. Both include controversial racial content, so one can see why Disney would exclude it. However, both include decent songs, Zip-A-Dee-Doo-Dah won an Oscar!

Like many, all I have experienced of Song of the South is the song. “Zip-A-Dee-Doo-Dah” is a catchy tune, but what I have heard about everything around it, there was no one Disney would let it mar its streaming service. As for cutting the crows and the song “When I See An Elephant Fly” it becomes a little murky, but I believe I can puzzle out Disney’s reasoning.

Much like after firing Roseanne Barr after her controversial tweet, I believe Disney felt like they had to fire James Gunn because: A. That’s what they did the first time and B. It was overshadowing the news coming out of
San Diego Comic-Con (Disney eventually did rehire James Gunn when the controversy died down). Similar situation, if one is excluding
Song of the South, then one has to take the jive-talking crows out of Dumbo. Disney+ doesn’t want these titles stealing the spotlight.

On a personal note, I have trouble with them editing Dumbo (1941). I find
“When I See An Elephant Fly” has clever wordplay in its lyrics. I’m also in the camp that quite a few people worked on this piece of art. Animators’ hand-drawings and several voice actors will be erased from the film. Also, a new voice will have to be dubbed in for Timothy Q. Mouse to help mask the cut. It’s already a short film at 64 minutes, what will the new cut be? The song even closes out the movie, are they going to just use the instrumental of it?

So what else is Disney going to leave out of its streaming service? One of the many appeals of Disney+ was that fans would get to see rare titles. I’ve always wanted to see The Black Cauldron, but is it too frightening to make the list? Will the smoking scenes be left in Pinocchio because it shows negative consequences? Let us know what you think might be left out of Disney+ below!