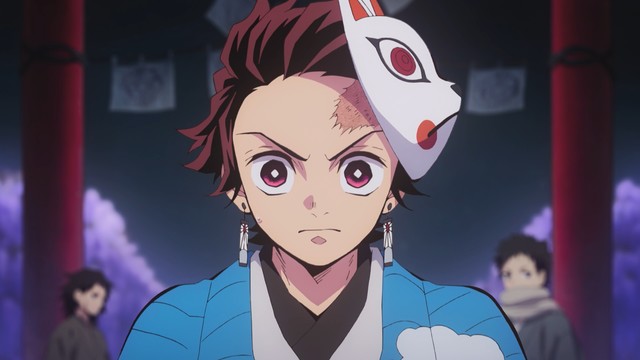 “Whenever happiness is destroyed, there’s always the smell of blood.”

Aniplex of America is proud to announce that Demon Slayer: Kimetsu no Yaiba will be available on Hulu, Crunchyroll, and FunimationNow starting April 6, 2019. This highly anticipated new series produced by ufotable (Fate/stay night [Heaven’s Feel] trilogy, Fate/Zero) is based on a popular manga by Koyoharu Gotoge, which quickly became a major hit in Weekly Shonen Jump magazine since it was first published in 2016 and currently boasts over 3 million copies in print. Set during the tumultuous Taisho period (1912 to 1926) in Japan, two siblings must learn to survive after their family is viciously slaughtered by demons. Aniplex of America recently hosted a special premiere event at the Aratani Theatre in Los Angeles on March 31, where lucky fans got to see the first five episodes of the series specially edited together as a feature-length film.

In addition to animation production, ufotable is also in charge of the screenplay with esteemed composers Go Shiina from God Eater and Today’s MENU for Emiya Family and Yuki Kajiura from Sword Art Online and Puella Magi Madoka Magica teaming up to create the music for the series. It was recently revealed that renowned anisong singer LiSA (Sword Art Online, Fate/Zero) sings the opening theme for the series titled “Gurenge.”

About Demon Slayer: Kimetsu no Yaiba: