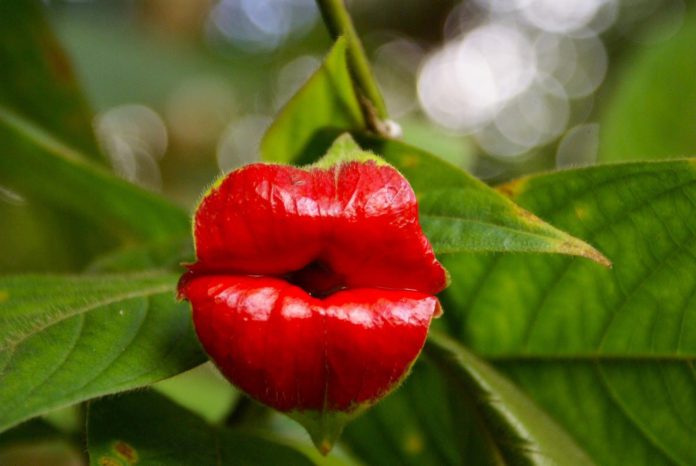 did you know that George Lazenby once played Jor-El on a 80's tv series called "Superboy?" Because we sure didn't until he tweeted about it today.
Read more

Sounds like the powers that be at Paramount Pictures and SEGA are ready to run full-out towards a "Sonic The Hedgehog" sequel!
Read more

NO MERCY- apparently the hit YouTube series "Cobra Kai" will head to a new dojo for their 3rd season.
Read more

When you think of trees, flowers, and ferns, you probably think of green… maybe a salad… even a beautiful flower. But wait! Plants live weird, sexy, and exciting lives! Lives worthy of big budget blockbusters. How can a simple, boring plant deserve an exciting, interconnected universe worthy of Marvel?! Well…

Many of the figs (Ficus spp.) have edible fruit, are planted in gardens, or used as houseplants. A few tropical species are a little more… active in their agency in life. Instead of being a seed, falling to the ground, and become a tree they decide the best way to grow is by killing their host.

Many tropical figs start as seeds that are eaten by animals and fall onto other trees. Their, they germinate in the humid rainforest and grow. Instead of just growing down into the ground they grow down to the forest floor and around the tree they started on. Eventually, they completely cover and strangle the original tree they started on. That tree eventually dies and rots away, leaving just the strangler fig looking to send its children out to choke and kill more unexpected trees.

Oh, and figs are pollinated by trapping wasps…

You’re a tree. You can’t do much other than stand around, doing tree stuff. Maybe you’re even a lowly epiphytic flower, or a plant growing on a tree up in a branch. Not very exciting. You’re also subject to grasshoppers eating your leaves and beetles sucking your sap.

So you decide to let an army of vicious ants live inside your body.

Dozens of plants from tiny flowering plants to massive vines and gigantic trees develop special structures where ants live. Then when a predator or or other animal comes to attack you, your army of killer ants swarms them. Tiny wars happening all within the treetops.

We all know about the always cool carnivorous plant that millions of aliens and weird characters have been based on, the Venus fly trap. But there are other, even more complex and strange plants lurking around waiting to eat and digest mild-mannered invertebrates. One is common in the ponds and lakes YOU are swimming in…

Bladderworts are found in ponds, ditches, and even really wet soils worldwide. Perhaps you’ve seen their delicate, pretty flowers rising above a bog. Maybe you even have some in YOUR garden pond.

If you were a little worm, shrimp, or baby fish swimming by and just happen to trigger their bladder-shaped traps, in the wink of an eye you’d be sucked in and digestion would begin. Oh, and some tiny traps can catch and digest prey even larger then themselves by catching a tail or arm and slowly, painful eating them alive.

Remember those old Bugs Bunny cartoons where Bugs dresses up as a sexy lady to trick a hunter? Bugs, in a dress and lipstick, tricks Elmer Fudd by upping the sexual confusion. Then bam! Hammer to the noggin.

What if that happened in real life?
Well, you’re in luck! The hammer orchid (Drakaea spp.) pretends to be a sexy female bee.

Just be glad they aren’t the size of people and trying to kill you. Though, some plants will kill you, an adult human, dead. And not by eating them, but by being NEAR them…

Imagine a horror movie where there’s something so dangerous, so deadly that just being underneath it during the rain could burn you skin right off. Now imagine they are common and tempting, covered in delicious-looking fruit. Say hello to the manchineel tree.

Hippomane mancinella is a pretty normal appearing tree found along beaches throughout the Florida Everglades and Caribbean. Though, shockingly, it’s one of the most dangerous plants on earth. Thanks to toxins in all parts of the plant, a single bite into the friendly looking apples could literally burn the skin out of your mouth. Just touching the sap can cause severe allergic dermatitis. Unless you’re an iguana.

That’s why this tree is called mazanilla de la muerte, or “little apple of death”.

At least most of the deadly plants aren’t growing in your yard or anything because… OH, WAIT, YES THEY ARE!

What’s the weirdest plant you’ve ever seen? Let Nerdbot know in the comments!

Nickelodeon/Netflix team up to bring us Glitch Techs! A show were a group of teens save the world from game glitches that invade our real world space.
Read more

These Over the Shoe Socks will Transform You into a Sailor Scout!

Boots can be expensive and hard to walk in. But you can throw these over a pair of low heels or flats and be good all day for cosplay!
Read more

Summer time is almost here. And that means lounging in the backyard pool! Now make yourself into a giant pretend bowl of ramen with this giant pool float!
Read more

A new aerial photo shows all of Super Mario Land in Universal Studios Japan. It looks like were going to step right into the game!
Read more

A Bolivian Orchestra is trapped in Rheinsburg Castle after traveling to perform at the MaerzMusik festival.
Read more

did you know that George Lazenby once played Jor-El on a 80's tv series called "Superboy?" Because we sure didn't until he tweeted about it today.
Read more
Movies
Related  Fireflies Under Threat of Extinction Worldwide

Sounds like the powers that be at Paramount Pictures and SEGA are ready to run full-out towards a "Sonic The Hedgehog" sequel!
Read more
Streaming

NO MERCY- apparently the hit YouTube series "Cobra Kai" will head to a new dojo for their 3rd season.
Read more
Nerd Culture

Nickelodeon/Netflix team up to bring us Glitch Techs! A show were a group of teens save the world from game glitches that invade our real world space.
Read more
animals

Kids shows just aren't at the level of Zaboomafoo and it's a show you should revisit even if you don't have kids.
Read more

did you know that George Lazenby once played Jor-El on a 80's tv series called "Superboy?" Because we sure didn't until he tweeted about it today.
Read more

We are very pleased to report that Oscar winning actress Cate Blanchett will star in the upcoming live-action "Borderlands" film from director Eli Roth as character Lilith.
Read more