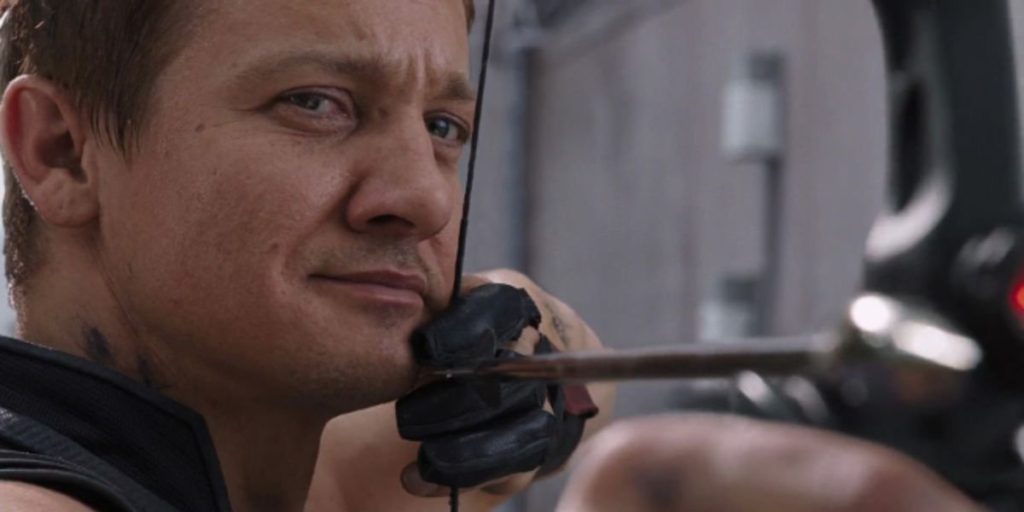 Hawkeye’s Not Keeping an Eye on You, Renner Swears

Seems like Ant-Man and Hawkeye have been the butt of a lot of Endgame hype. Both sat out Infinity War, supposedly on house arrest at the time. Ant-Man at least got his own movie. Hawkeye was just MIA.

Now with Endgame drawing closer, Ant-Man has gotten a bit of the spotlight with a bunch of memes touting him as the possible hero of the film when he takes down Thanos in the end. Literally. When he flies up Thanos’ butt and then expands to giant size. Ouchies. That certainly seems like down and dirty tactics. The memes have become so popular that Josh Brolin even responded to them.

And then there’s Hawkeye. After his absence from Infinity War, he is finally getting some notice with Endgame.  In the recent Endgame trailers we got a few shots of our favorite archer. He was training a young girl (possibly Kate Bishop), fighting with a sword instead of his usual bow and arrows possibly as his Ronin persona, and also sporting a new hairdo that…looks a bit odd.  Seriously, what’s up with that mohawk?

But apparently, Hawkeye is still not getting much respect. While fans have Ant-Man single-handedly taking down Thanos, a theater in Europe has their Hawkeye poster…keeping tabs on the men’s room urinal.  Not on the wall where occupants can view it while taking care of business, but on the dividing wall where it may give users performance issues. Jeremy Renner himself posted a pic of the unfortunate placement with the quote “So… I know they do ads ‘differently’ in Europe… but…” The actor then added the hashtag “Euro-peein'” and “I ain’t looking, I swear.”

It’s clear that Renner has quite a sense of humor about his character, as he demonstrated a while back on an appearance on The Tonight Show with Jimmy Fallon.

While he might get overlooked on a team with Hulk and Thor (and Iron Man and Captain America), Hawkeye has powers too and they’re pretty sweet. If only he had been around for Infinity War….