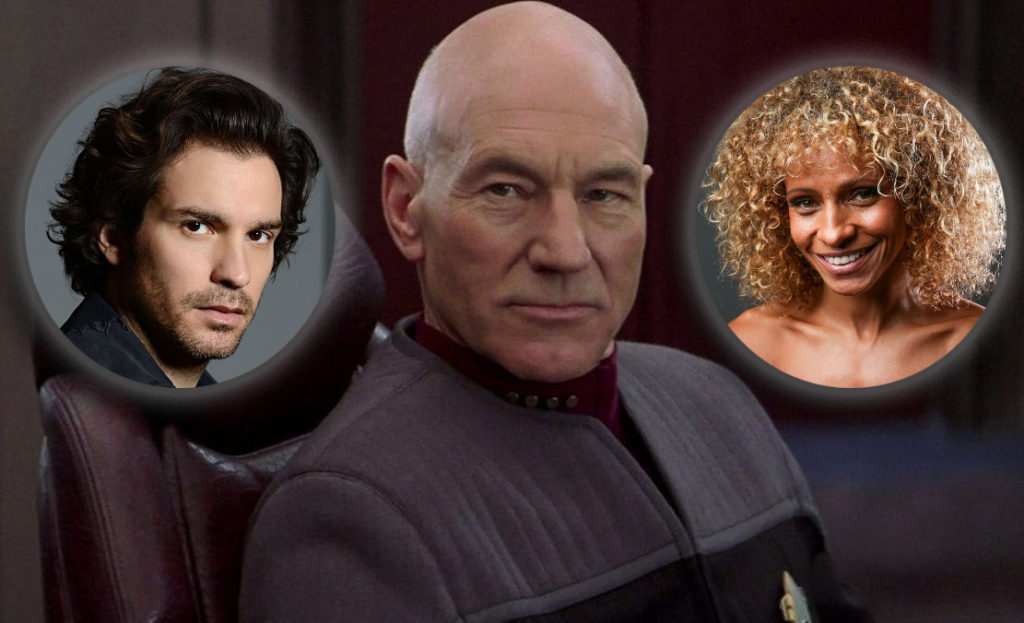 As we careen closer to the upcoming Picard focused Star Trek tv series, CBS has announced some of the actors who will be joining Patrick Stewart. Both Santiago Cabrera and Michelle Hurd have been cast as series regulars for the show.

The two actors are no strangers to television, having both been seen in a number of high profile projects. Hurd has been an especially frequent face on film and tv having been a cast member on the first two seasons of Law and Order: SVU as well as doing numerous guest spots on shows such as Blindspot and Daredevil.

Cabrera brings an international flavor after having done television for the BBC (The Musketeers) as well as films in both the United States (Terminator Salvation) and Chile (La vida de los peces).

While we do not have confirmation on what their roles will be, rumors have been making the rounds about what Jean-Luc will be doing on the show. We already know that this show will be taking place after the 2009 Star Trek film which saw the planet Romulus destroyed by a supernova. This plot detail is important because of how Picard had a pretty significant relationship with the Romulans as seen in the Next Generation episode “Unification.”

The rumors going around have been in regards to the crew surrounding Picard and, based on their descriptions, are not necessarily members of Starfleet. Character descriptions have featured people like Lawrence, a morally ambiguous rogue type who will act as a pilot for Picard. Another character is Alana, a brilliant analyst who is also a struggling drug addict. A Romulan named K’Bar has also been rumored and would be a teenager who has been trained to be a weapon by their religious order. All of these characters seem to be flawed or dangerous in one way or another with Picard right in the middle of it all.

Now again these are all just rumors, but it points to a much darker show than what we as audiences are used to after the relatively lighter tone of TNG. Even if these descriptions are inaccurate, producer Alex Kurtzman has warned that this show will play in a version of the Star Trek universe that won’t be as optimistic as we are used to. The shift in tone from the optimism of TOS and TNG has had mixed success as seen in other shows like DS9 and Discovery. However it is more just a sign of the times that audiences prefer their tv dramas with a harder edge to them as seen in stuff like Game of Thrones and Breaking Bad. While I personally look forward to seeing what their ambitions will look like, I can’t say I blame fans for wishing that we could have television that had the hope and optimism that Trek had in its heyday. I guess we will just have to see what happens when the Picard series premieres at the end of 2019.