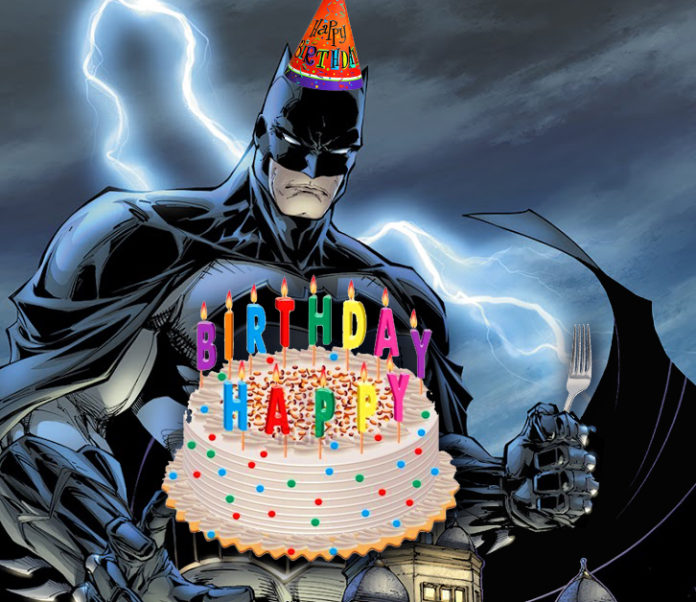 Sir Ian McKellen. WHO, by the way, still very much wants to play Gandalf.
Read more

Alexandrea Orozco-Lau
Man is least himself in his own person, give him a mask and he will tell you the world.
Breaking News

Batman was created by Bill Finger and Bob Kane. And this year the Dark Knight himself turns the ripe old age of 80 on March 30th.

This is going to be a year long celebration for the fans of the comics and movies. To kick start the celebration Detective Comics is releasing a collectors edition of issue #1000 on March 27th and a hardcover release of ‘80 years of Batman The Deluxe Edition’.

DC will have a panel at each major convention and celebrate each time. Across the states #LongLiveTheBat everyone is celebrating in their own way. At the Six Flags Magic Mountain across the states will have extended hours of the park along with special merchandise for this event. DC is going to celebrate with a panel at Wondercon on Batman’s actual birthday (March 30th). They will be working with TV personals to put on Batman specials for March and September.

If that doesn’t tickle your fancy major retailers such as Amazon, Walmart, and Target (to name a few) are teaming up with DC and WB. For the lastest of what is happening and where go to www.Batman80.com

So fans, join me on social media with the hashtags #LongLiveTheBat and #Batman80

Cheers to you Batman! 80 looks great on you, and thanks for giving me a Superhero I have loved since my childhood, along with my favorite villain Scarface.

Will you be celebrating Batman’s 80th Birthday this year? Tell us how in the comments!

We are pretty pleased to share the news that Duncan Jones (filmmaker and all around cool dude) has confirmed that his script for the upcoming live-action film adaptation of 2000 AD's Rogue Trooper is DONE.
Read more

"Cursed Princess Club" continues to grow as we head into season 3. We caught up with creator Lambcat and were able to chat about what we can expect from the upcoming season.
Read more

Disney has announced that delayed "New Mutants" has yet-another theatrical release date, and that they're aiming for THIS YEAR.
Read more

“Double Rainbow Guy” Paul Vasquez Has Passed Away at 57

RIP Paul Vasquez. We hope you get to experience the full intensity of the rainbow in the afterlife.
Read more

'American Horror Story' will be getting a spinoff with the original cast!
Read more

"Supernatural" is a fantastic (albeit formulaic) show that fills the void left by its predecessors while also paying homage to them.
Read more
Animation
Related  Watch Rick Baker Sculpt The Joker Bust in New Time-Lapse Video

Disney+ has announced plans for a sequel to 1993’s spoopy Halloween hit “Hocus Pocus,” with Adam Shankman ("Hairspray") on board to direct....
Read more
Movies

It still seems like an odd film to develop a sequel for, but "Gladiator 2" is still being worked on, apparently. Sir...
Read more

We are so pleased to share the news that the much anticipated historical NASA and SpaceX launch of the Dragon Crew Capsule...
Read more

After decades of failed attempts, part of the pavement and foundations of the Roman Villa located north of the capital, discovered by scholars over a century ago, has finally been brought to light.
Read more