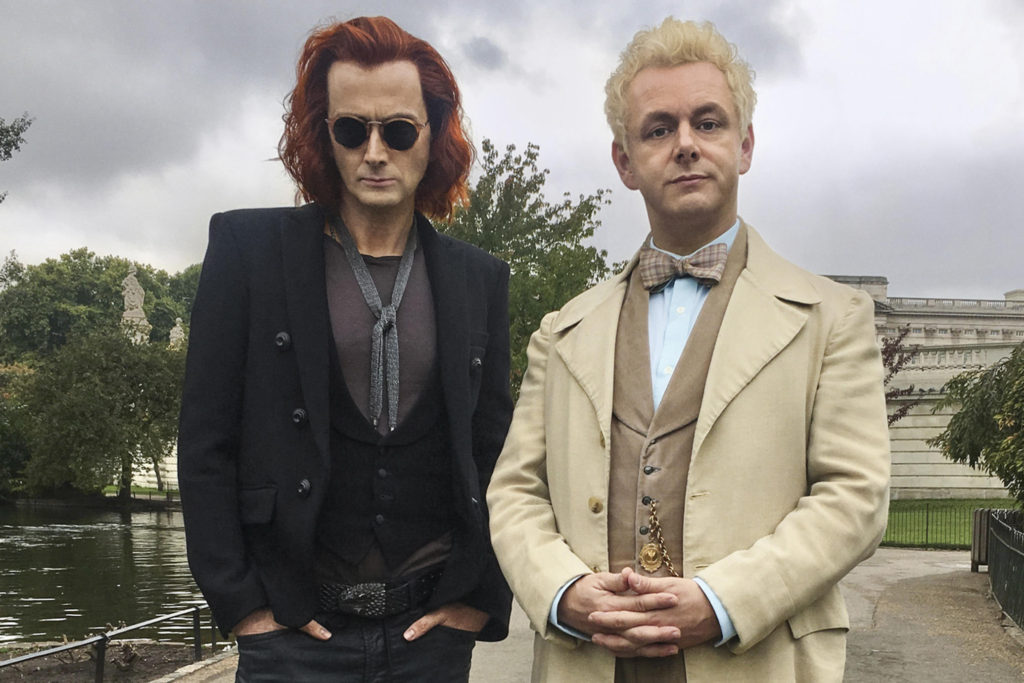 “The Apocalypse is near and Final Judgment is set to descend upon humanity. According to The Nice and Accurate Prophecies of Agnes Nutter Witch (the world’s only completely accurate book of prophecies), the world will end on a Saturday. Next Saturday, in fact. Just before dinner. So the armies of Good and Evil are amassing, Atlantis is rising, and tempers are flaring. Everything appears to be going according to Divine Plan. Except Aziraphale, a somewhat fussy angel, and Crowley, a fast-living demon—both of whom have lived amongst Earth’s mortals since The Beginning and have grown rather fond of the lifestyle—are not actually looking forward to the coming war. And… someone seems to have misplaced the Antichrist.”

Good Omens will be available for viewing in over 200 countries through the Amazon Prime streaming service as of May 31st.