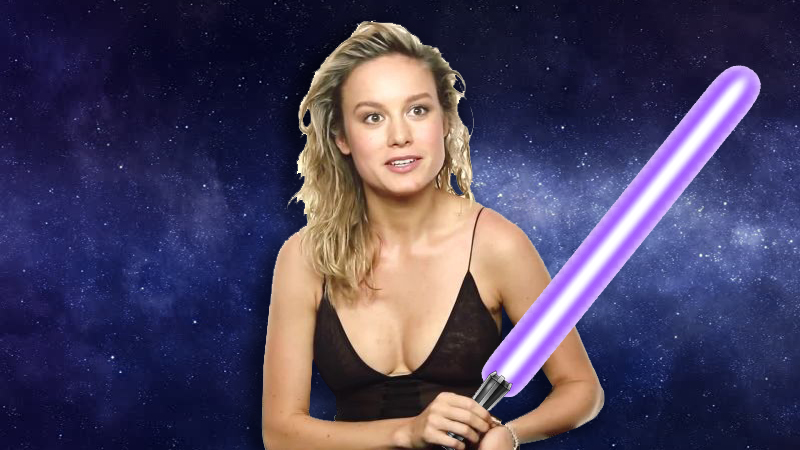 Not letting the conversation end there Brie Larson tweeted pointing out that she is already an “intergalactic hero.”

Fans, and you know the one’s I’m talking about had some things to say about the possibility of her entering the Star Wars universe. Many a gif was posted on the initial thread signaling “no” and that they were super against this idea. Some said to put her in the Rian Johnson movies so they didn’t have to see it.

Some however completely loved the idea.

Would you like to see Brie Larson as a Jedi? Tell us in the comments!