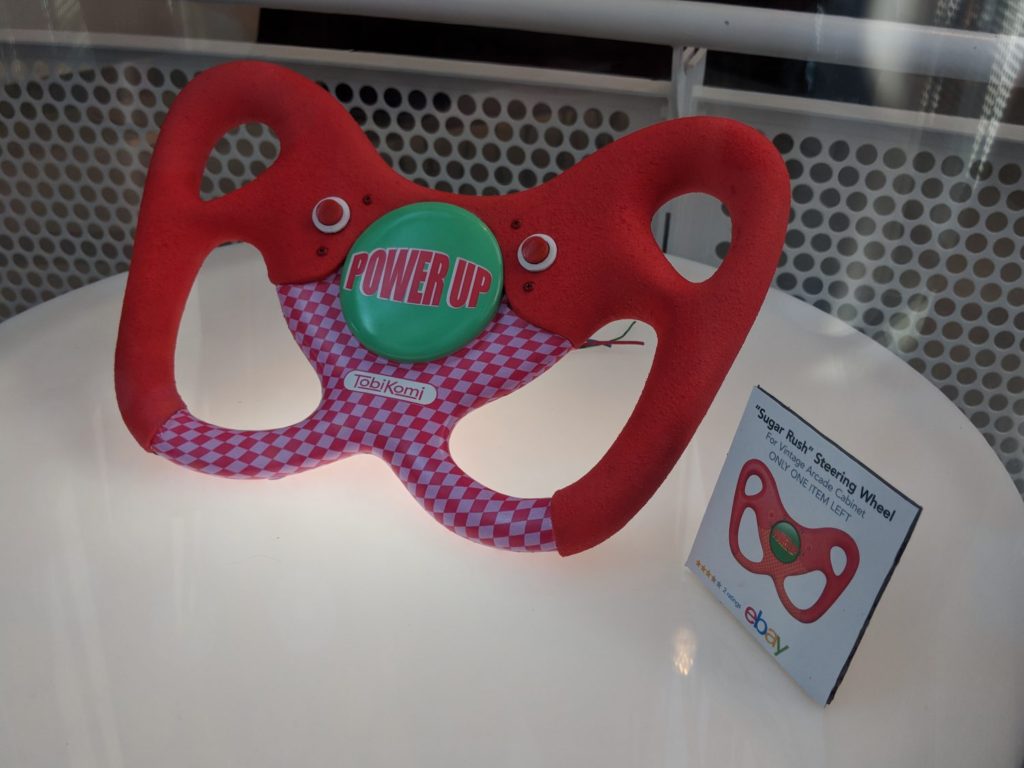 Get Vanellope’s Steering Wheel from ‘Ralph Breaks the Internet’ and Grant Some Wishes!

Vanellope von Schweetz’s coveted steering wheel from the movie Wreck-It Ralph 2: Ralph Breaks the Internet could be yours!

Coinciding with the release of Ralph Breaks the Internet on Blu-Ray and Digital, Disney is partnering with Make-A -Wish to auction off a replica of the steering wheel that has been autographed by Sarah Silverman (Vanellope), Gal Gadot (Shank), and Jane Lynch (Calhoun).

The description of the auction on Ebay is:

Disney and Make-A-Wish® have a long-standing history together. Since 1980, Disney has helped Make-A-Wish grant more than 130,000 wishes — experiences that not only brighten lives for a special moment, but also help wish kids and their families replace fear with confidence, sadness with joy, and anxiety with hope. Currently, more than 10,000 Disney wishes are granted every year, a number that continues to grow.

Calling all Sugar Rush fans…now is your chance to race home with a signed, limited edition replica of the “Sugar Rush” steering wheel featured in the film!

If you remember the steering wheel is at the very core of Walt Disney Animation Studio’s ‘Ralph Breaks The Internet’ as Ralph and best friend Vanellope von Schweetz attempt to save her game, Sugar Rush. Their quest takes them to the vast, uncharted world of the internet where they rely on the citizens of the internet – the Netizens – to help navigate their way to eBay to find a replacement steering wheel.

Timed to the in-home release of the film, this IRL replica of the steering wheel has been donated by Walt Disney Animation Studios so that 100% of the proceeds from this auction item can be donated to Make-A-Wish® to help grant life-changing wishes to children with critical illnesses.

The steering wheel itself has been autographed by Sarah Silverman, Gal Gadot and Jane Lynch. Winning bidder will also receive a limited edition autographed poster by cast and filmmakers including John C. Reilly, Sarah Silverman, Taraji P. Henson, Jack McBrayer, Phil Johnston, Rich Moore and Clark Spencer as well as a Blu-ray copy of the movie!

In Ralph Breaks the Internet, best friends Vanellope and Ralph (John C. Reilly) must brave the internet to find a replacement steering wheel when the one on Vanellope’s video game Sugar Rush is broken. If they can’t get Sugar Rush working again its characters will be homeless and the unplugged game will be scrapped. The movie has grossed over $514.5 million worldwide and was nominated for an Academy Award.

Check out the  auction on Ebay here