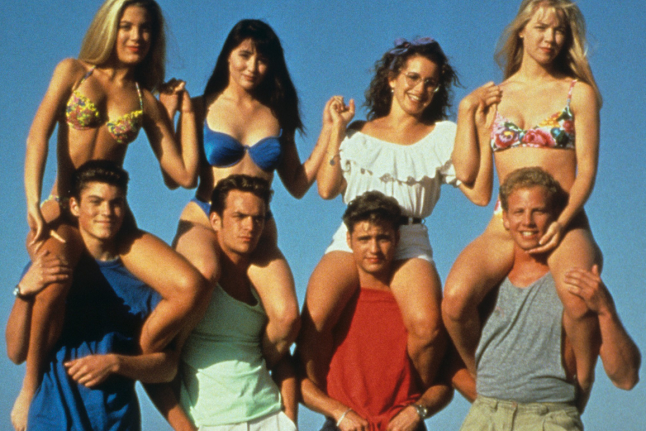 90210 is going to have an event series on Fox and they are bring back the most of the original cast. Jason Priestley (Brandon), Jennie Garth (Kelly), Ian Ziering (Steve), Gabrielle Carteris (Andrea), Brian Austin Green (David) and Tori Spelling (Donna) will all be returning for the show.

The series is going to be a six episode run where the characters will be playing themselves as the actors on the show. They are going to be looking for a buyer to reboot their original show Beverly Hills 90210.

This series is direct to order and should be airing sometime this Summer.

From what I can gather this will be a comedy series because it would be hard to make it anything other than that. Unless they were aiming for an actual reality show comedy would best fit the bill.

More information to come on this as this is still developing news. Stay Tuned!

What do you think of this? Will you watch it? Tell us in the comments!