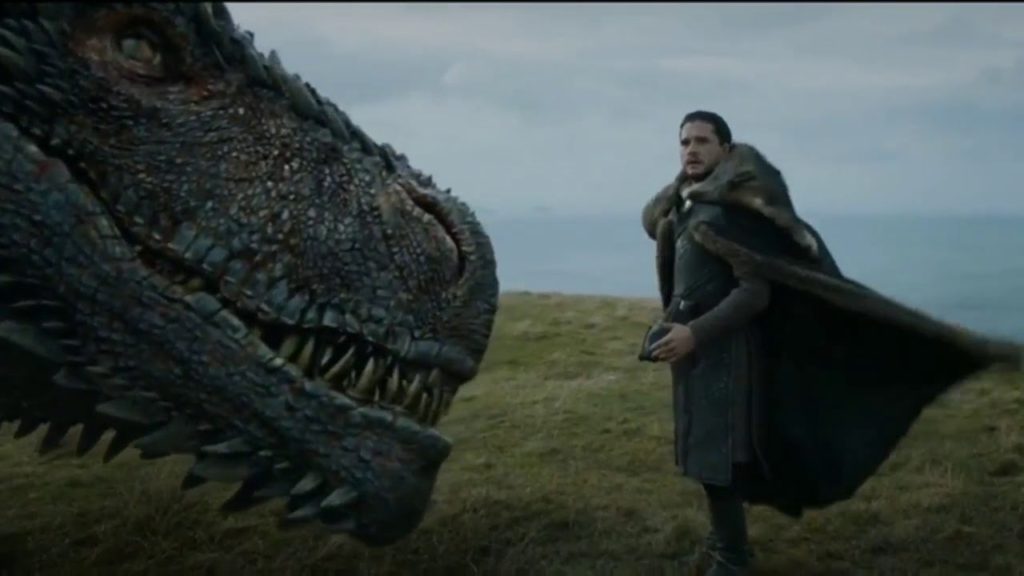 Now a lost audition tape reveals a connection between those seemingly disparate properties. The 2010 audition for an “Untitled TV Fantasy Drama” has Kit auditioning with a big Hollywood star. What star Kit (and you) may be asking – none other than Toothless the Night Fury.

Kit and Toothless don’t seem to work well together, as Toothless knocks Kit over several times and keeps missing his cues. Toothless also mocks Kit’s dramatic performance but it is all in good fun, the two seem friendly and Kit even brings his fellow thespian a big dead fish from the caterers.

Kit asks Toothless if he comes off as too broody. He confides he’s not really broody, he’s just wondering where his keys are.

They might not have looked too good in the audition, but both actors have done well for themselves. How to Train Your Dragon 3: The Hidden World has grossed over $277 million worldwide, making it a fitting swan song for Toothless. As for Kit Harington, Game of Thrones will premiere its 8th and final season on April 14, 2019. By its seventh season, the show was averaging over 30 million viewers per episode across all platforms. Kit Harington has received several award nominations for his role in the series.