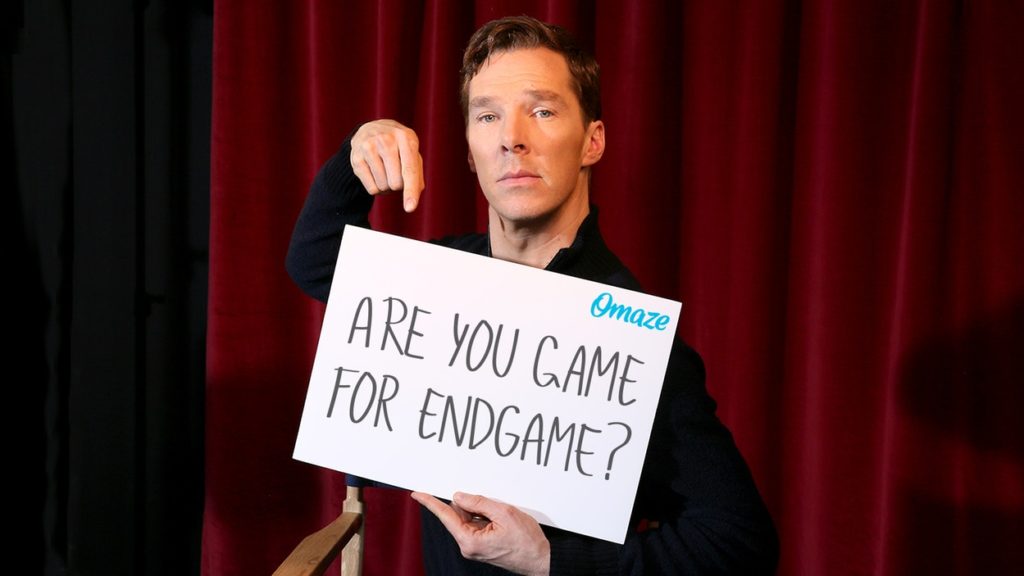 Attending the ‘Avengers:Endgame’ Premiere with Benedict Cumberbatch Being Raffled Off for Charity

You heard about the girl scout who increased her profits by sticking Jason Momoa on the cover of the Momoa box right? Well here is something else to tempt you into spending money. Omaze and Benedict Cumberbatch have teamed up for a good cause and you can now buy entries to attend the premiere of Avengers: Endgame with Dr. Strange himself by donating money.

The money goes to an organization called GEANCO, who is dedicated to changing and saving lives in Africa. Omaze has worked with many charities before and have a good reputation for helping others.

If you win the raffle you and a friend get:

This just goes to show you how incredibly cool Cumberbatch really is. He is not only a big movie star but also socially and globally conscientious which is by lack of better terms.. HOT.

So now is the time to enter! Donate and get your entries! The more you donate the more entries and chances to win you get. It is a raffle for a pretty man! Plus you get to help out and make the world a better place, so double win!

Are you going to try and win the raffle to attend the premiere with the incredible Dr. Strange? Tell us in the comments!