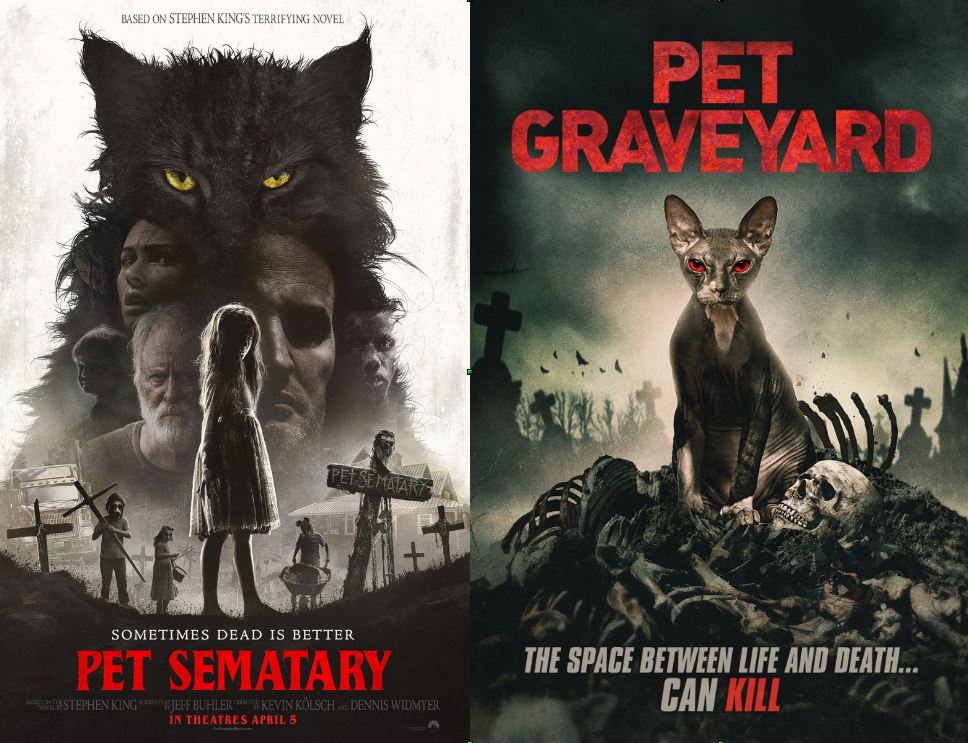 The second trailer for the remake of Steven King’s Pet Sematary came out this month, and it is suitably creepy. In the 1989 version the chain of horrific events was started when the Creed family’s neighbor decided it was a better idea to zombify a cat than to let a little girl mourn her dead pet. It didn’t end well. As the tag line of the remake says, “Sometimes dead is better.” The remake is scheduled to debut on April 5 and horror fans will be interested to see what this new take on the material will be like. Based on the new trailer the creepiness factor has been ramped up quite a bit.

But watch out! Jumping the gun on the Pet Sematary debut is the DVD and digital release on April 2 of Pet Graveyard, another film featuring an evil cat. Coincidence? Probably not, although based on the trailer it seems that Pet Graveyard is more of a rip off of Flatliners than of Pet Sematary. In Pet Graveyard a group of friends take part in an experiment in which they “die” for a short period of time and then are revived in the hopes that they will make contact with the other side while they are “dead.” Apparently, they decide to take part in this experiment because they have some deceased loved ones they would like to see again. Unsurprisingly they don’t seem to get the type of closure they were looking for. Instead, they find themselves tormented by the Grim Reaper and his sinister pet (the skinny red-eyed sphynx cat seen in the poster presumably).  What does this movie have to do with a Pet Graveyard?  No clue. Previously the film was titled Reaper, but apparently it was renamed for its April 2 release.

So don’t be fooled this April. Or if you are into creepy cats, maybe check out Pet Graveyard before seeing Pet Sematary.

(Or don’t be a horror movie cliche – be sensible and stay away from both. Nothing good ever comes out of those kind of places)