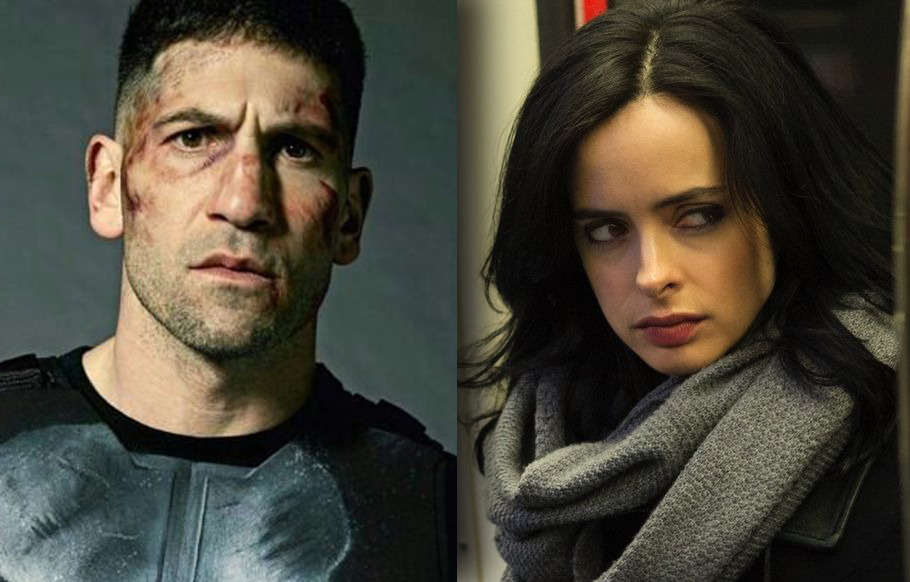 It’s a day that we knew was coming. When we are in kindergarten we learn pattern recognition and sometimes we learn it sooner than that. With Netflix having cancelled Daredevil, Luke Cage and Iron Fist we knew it would only be a matter of time until we lost our precious Punisher and Jessica Jones as well.

Today in a statement made to Deadline , Netflix broke our hearts:

Marvel’s The Punisher will not return for a third season on Netflix Showrunner Steve Lightfoot, the terrific crew, and exceptional cast including star Jon Bernthal, delivered an acclaimed and compelling series for fans, and we are proud to showcase their work on Netflix for years to come.

In addition, in reviewing our Marvel programming, we have decided that the upcoming third season will also be the final season for Marvel’s Jessica Jones. We are grateful to showrunner Melissa Rosenberg, star Krysten Ritter and the entire cast and crew, for three incredible seasons of this groundbreaking series, which was recognized by the Peabody Awards among many others.

We are grateful to Marvel for five years of our fruitful partnership and thank the passionate fans who have followed these series from the beginning.

In a follow up statement that Marvel released they said:

It had never been done before. Four separate television series, each with different super-talented showrunners, writers, directors, cast and crew, coming out months apart and then …they would meet in a single event series all set in the heart of New York City. We called them The Defenders.

And together we were thrilled by stories of Daredevil, Jessica Jones, Luke Cage, Iron Fist and even the Punisher joined in! They said it couldn’t be done.But Marvel assembled amazing teams to write, produce, direct, edit, and score 13 seasons and 161 one-hour episodes. Take a moment and go online and look at the dazzling list of actors, writers, directors, and musicians who graced us with the very best of their craft.

We loved each and every minute of it.

And we did it all for you — the fans — who cheered for us around the world and made all the hard work worth it.

On behalf of everyone at Marvel Television, we couldn’t be more proud or more grateful to our audience. Our Network partner may have decided they no longer want to continue telling the tales of these great characters… but you know Marvel better than that,” the company added.

As Matthew Murdock’s Dad once said, ‘The measure of a man is not how he gets knocked to the mat, it’s how he gets back up. To be continued…!

The Punisher debuted it’s second season this January and since no announcement was made then for the series we were hopeful. It is odd that they waited until now to state their intentions, especially since the third season of Jessica Jones has not aired.

Jessica Jones is still going to air though we still do not have an exact date. The general consensus is that it will air mid-late 2019.  Hopefully it is satisfying in its end because we wont get anything more unless Disney+ decides to continue on with these stories.

It is completely possible that the Disney+ platform will do that but if they do not act soon they will lose a chance at nabbing the actors that we love.
Krysten Ritter is my Jessica Jones and I couldn’t imagine a version without her. The same goes for many of the other actors in Netflix’s Marvel shows.

What do you think will happen to our beloved characters? Do you think Disney+ will pick these up? Tell us in the comments!