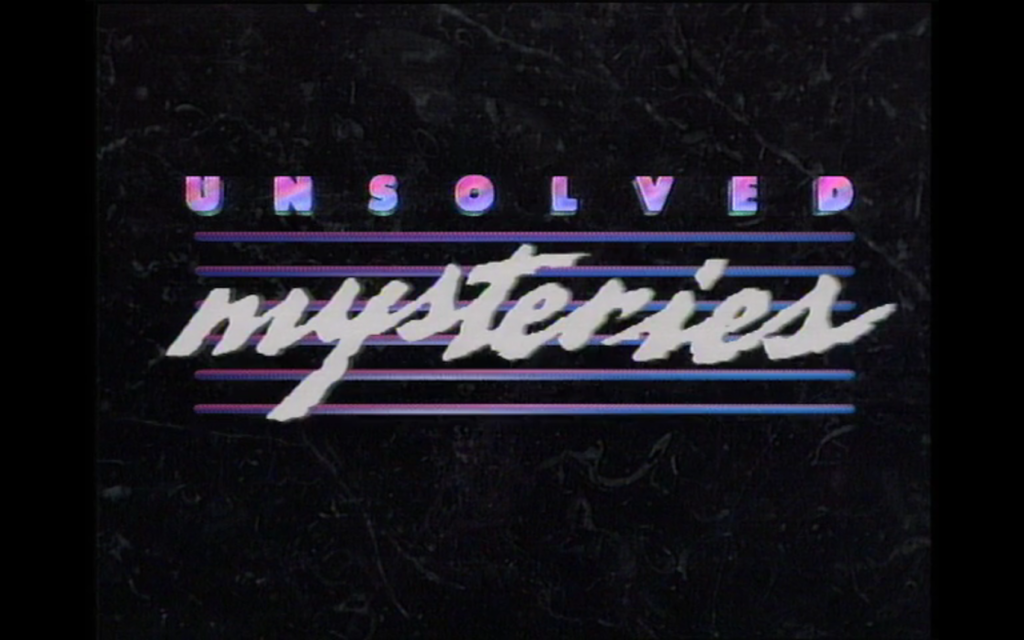 It feels like there is no beloved show from the past is safe from getting resurrected. Our nostalgia infused world finds comfort in the familiar and will happily revisit shows like Fuller House that reminds us of the past. Netflix has gained a ton of success by banking on that nostalgia with shows that either reminisce about the past or simply emulate them wholesale. One of their most popular shows, Stranger Things, is basically a giant celebration of the 80s with references galore. It’s from that show that we are getting a reboot of another relic from the 20th century, Unsolved Mysteries.

The long running show, hosted over the years by both Robert Stack and Dennis Farina, was popular by being something for everyone. The mysteries involved were taken from real stories and often had interviews with the actual people involved. What made it special and memorable was how it treated its stories. The fact that every kind of mystery, no matter how outlandish, was treated with the same level of legitimacy.

The Robert Stack era was known for the way he would narrate stories with the same gravitas no matter how silly. An episode could have something as simple as a missing person or unsolved crime and then also have a story about alien abductions or ghosts. Another major element was how the show asked viewers to call in to a hotline if they had any tips to help solve the mysteries presented. If a case was solved, the show would have update segments, further cementing the show as legitimate, even if they would then go into a segment about UFOs.

Stranger Things executive producer Shawn Levy will head up the remake with Robert Wise acting as a showrunner. The season will be 12 episodes that present new cases as well as update classic ones from the old show.

Netflix as a service has been experimenting with audience interaction in different forms, most recently with the choose your own adventure episode of Black Mirror. Unsolved Mysteries could draw people to call into the show and see if they have information that could bring a criminal to justice or explain the weird lights that freaked out Farmer Pete 20 years ago.

Like many kids of the 80’s and 90’s, this show was a favorite just because it was so spooky. It was also the only reason I watched Lifetime for any length of time. Well, that show and Supermarket Sweep, but I guess I’ll have to wait a little longer for that gem to come back to us.

Are you excited to have Unsolved Mysteries come back? Tell us in the comments!