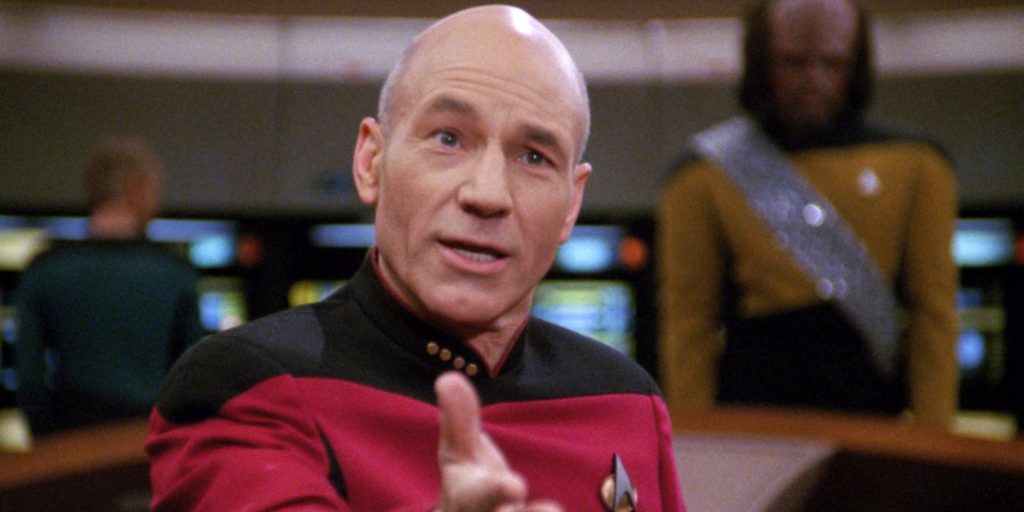 We now have more details about the story of the new Picard centric Star Trek series that will premiere on CBS All-Access later this year. Executive producer Alex Kurtzman revealed in an interview with the Hollywood Reporter where and how this show will fit in the larger Trek timeline.

Kurtzman dropped the hint as part of a larger article that will come out on Wednesday that “Picard’s life was radically altered by the dissolution of the Romulan Empire.” This would place the show after Spock’s failed attempt to save Romulus from destruction by a supernova. The collapse of one of the most powerful entities in the alpha quadrant was only used to start up the recent run of Star Trek movies started in 2009. While the event sent the plot in motion where Spock inadvertently helped create an alternate timeline, we haven’t really seen how that affected the universe we have seen develop on television.

It makes sense that Kurtzman would want to play with the consequences of actions he, co-writer Roberto Orci and J.J. Abrams created for the Star Trek universe. Accepting the events of the movie as crucial to the story of the show helps cement the recent films as firmly part of the Trek story that had played out over the last 50 years. Outside of comics and novels that expanded on the actions in the films, we have not had a live action production that has carried the original timeline of the show forward.

The last time we have seen Picard and company was in Star Trek Nemesis, the movie famous for breaking the rule that only odd numbered Trek movies are bad. The new show would unite the movies and shows into a culmination of everything that came before and allow a new path forward. The only thing we don’t know is how Picard’s time has been altered by events of the altered timeline that had been created in the new movies. Whether those movies truly altered the timeline or exist in their own universe remains to be seen.

Either way, the return of Picard has been a long time coming, and was a unique challenge for Kurtzman in trying to create a new show that would honor the past while going in a new direction. In the interview, Kurtzman recalls how Patrick Stewart only agreed to come back on the condition that “I want it to be both what people remember but also not what they’re expecting at all, otherwise why do it?” It appears that Kurtzman as his writing team we’re able to create a vision that appealed to Stewart’s reluctance to revisit the role he had left almost 18 years ago. It would be the same in that he can play his character while opening up a show that is not necessarily tethered to be on a starship solving problems.

Stewart has done enough in his long career to not come back to Star Trek unless he truly wanted to, making the fact that this show even exists a miracle in my eyes. A picture released a while back showing him in the writers room for the show was enough to make me emotional that my favorite captain is coming back to the fold. Even if the show is nothing but him in conference rooms talking about sanctions for an hour a week is good for me. Hopefully the show isn’t actually that, but I will be there front and center when we get our look at the return of Picard.

Are you excited for the return of Picard? What do you think they will do with the story? Tell us in the comments!