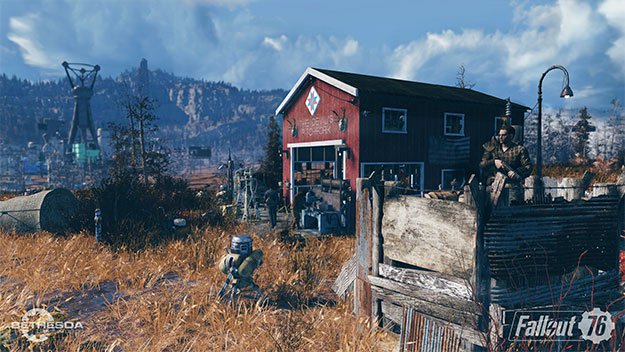 Many Fallout 76 players are getting an unexpected throwback to their school days. Recently, Bethesda has banned a multitude of players for using third party software such as cheating programs and mods. Bethesda is offering players an unexpected opportunity to appeal for their accounts back-by writing them essays in defense of their actions.

Reports of these e-mails were brought to light by JuiceHead, a YouTuber and member of the Fallout Reddit community. He claims people have been receiving e-mails from Bethesda in which their accounts were closed due to cheating. Some players claim Bethesda is falsely accusing them of using third-party software in Fallout 76. An entire thread in the Fallout subreddit is dedicated to players speculating on the reasons behind these bans. Some suspect use of popular software programs Cheat Engine and Reshade to be the cause, as these allow players to duplicate items and edit in-game visuals.

JuiceHead points out that the interesting part of Bethesda’s e-mails is not necessarily the banning itself, but the message they are leaving at the end. The e-mail reads, ” if you would like to appeal this account closure, we would be willing to accept an essay on ‘Why the use of third-party cheat software is detrimental to an online game community,’ for our management team to review.” There are multiple screenshots of these identical Bethesda support e-mails floating around the internet. Bethesda’s community lead recently confirmed the authenticity of these e-mails on a Resetera thread, saying that the “essay request happened.”

The fate of these accused players is still unclear. Many of them continue to claim innocence by saying they are only using software to improve the graphics. Only time will tell if these players can muster a passing grade on their essays, or if they must embrace the ban hammer.