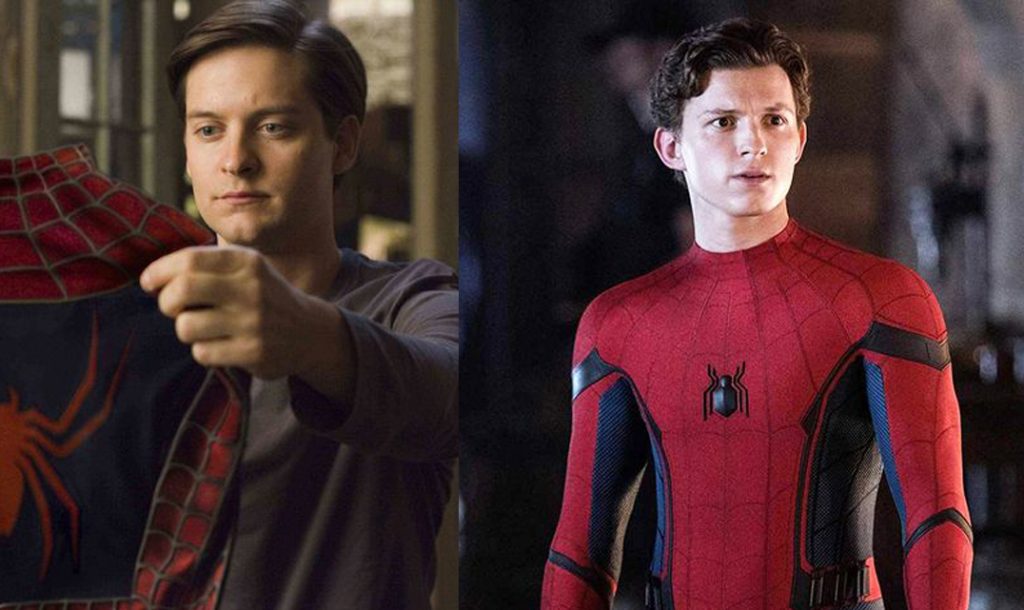 While talking with BBC Radio 1 Tom Holland mentioned who he wants to play the next Uncle Ben. “I kinda want Tobey Maguire to play Uncle Ben, I think that’d be super funny, but I don’t think he’ll do it,” Holland said.

On one hand, its necessary for Marvel to make their Spider Man movies completely separate from the last five made by Sony. Since the character remains one of the few not completely owned by Marvel/Disney, it makes sense that they want a version that is totally theirs. However, the Sam Raimi Spidey films still hold a vaulted place for many fans who still hold the 2nd one as one of the best superhero movies period.

There was a vocal group of fans who were pissed off that the Tobey Maguire version of the costume wasn’t in the recent Spider-Man game on PS4. So the potential for fan meltdown over bringing Maguire back for a little cameo could be a lot of fun.

My only hang up would be that it means that a dweeb like Tobey would be married to Marisa Tomei’s Aunt May which is a pairing I simply cannot abide by.

If they were going to consider having a cameo for Maguire, it would be way better to put him into an Into The Spider Verse sequel. Have a slapstick moment where Jake Johnson’s Spider Man walks by a mirror and there’s the Maguire version on the other side.

They do some fun moves, crack a couple jokes and then move on to the next scene. It would fit the tone and be a fun way to acknowledge the characters cinematic history for the long time fans.

What do you think? Would Maguire make a good Uncle Ben? Tell us in the comments!