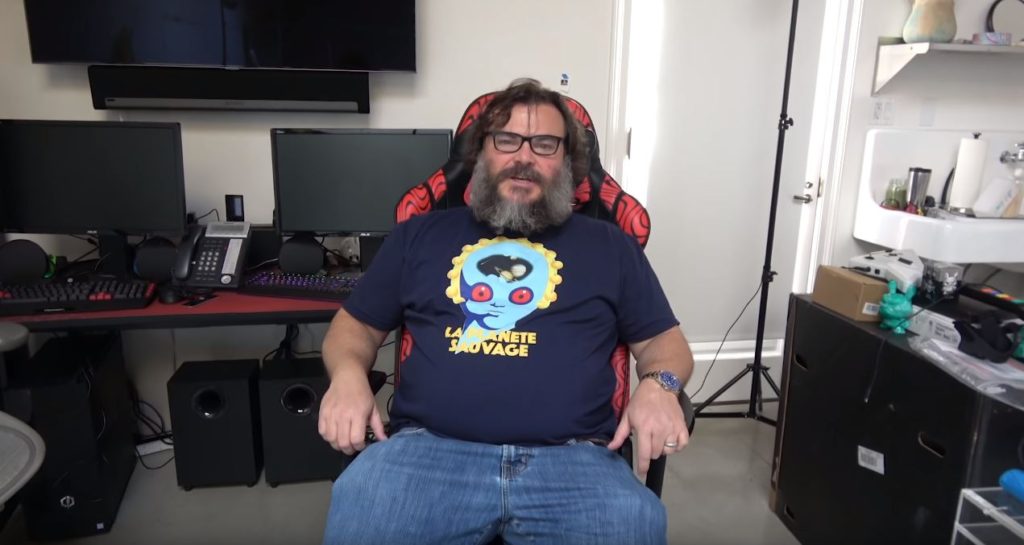 Jack Black is Starting His Own YouTube Channel ‘Jablinksi’

Earlier this week Jack Black announced that he would be starting a new YouTube endeavor.

The plan is for this to come out every Friday and will talk about “games, food, and life” according to the description. The channel will not be over too overproduced he told us. “I just want to clarify that there is no production behind this. This is all my son. He’s holding me hostage…Help….” He wrote.

Having his son help him with this may be a reason that he references Pewdiepie so hard. From him outright saying it to the chair gag that seems to be a thing for him. The whole room looks like it was giant reference to peak YouTube gaming. All I know about this particular scene if is from seeing my roommates watching Pewdiepie and subsequently purchasing ear plugs to not hear his incessant screaming.

In reference to whether or not people were happy about Jack Black coming into the YouTube fold a user on reddit wrote, “I give him a pass. Unlike other celebrities it already feels like he’s in the weird zone between mainstream and indie stuff.” This is part of a larger commentary on what it means when a large star like Will Smith or Victoria Beckham start up channels on a space that is for the most part a creator community. Sometimes when a big name drops in it can hurt viewings of other channels, but in this case I think it is safe to say that it will only add one more thing to watch on many people’s subscription list.

I’m down for anything where I get to see Jack Black be his weird, cool self. If the video is right and he will be uploading every Friday, we should be able to watch him starting December 28th. His channel already has 447 thousand subscribers. Plus me. I will be watching.

Are you going to subscribe and check out his new channel? What do you think it will be like? Tell us in the comments!