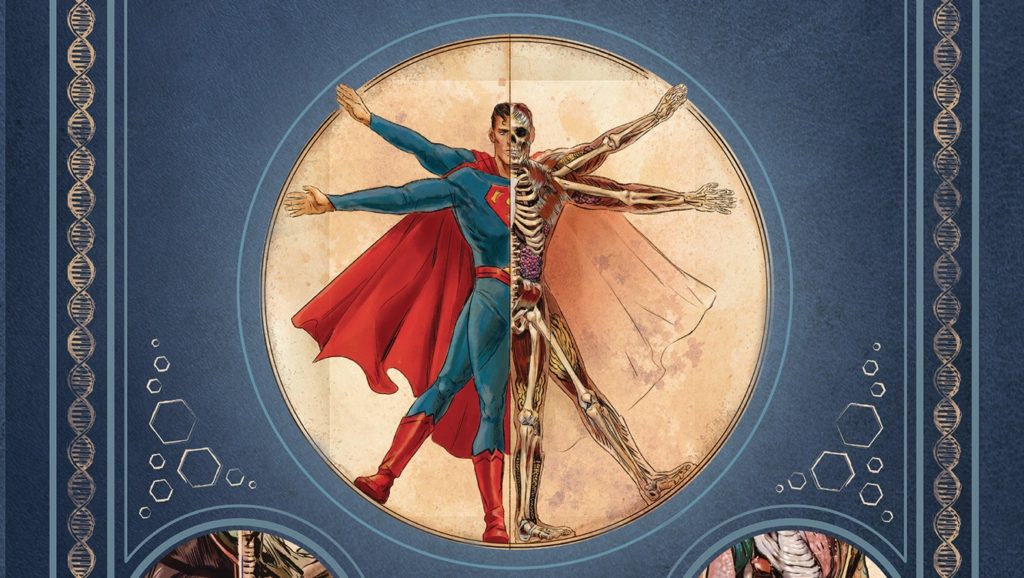 Shopping for your nerdy friends during the holidays can be tough, especially if you do not share their love for a particular fandom. Thankfully, if your friend happens to be a fan of Batman, the DC Universe, or just hard sci-fi in general, “Anatomy of a Metahuman” is a gift that is pretty much guaranteed to please. 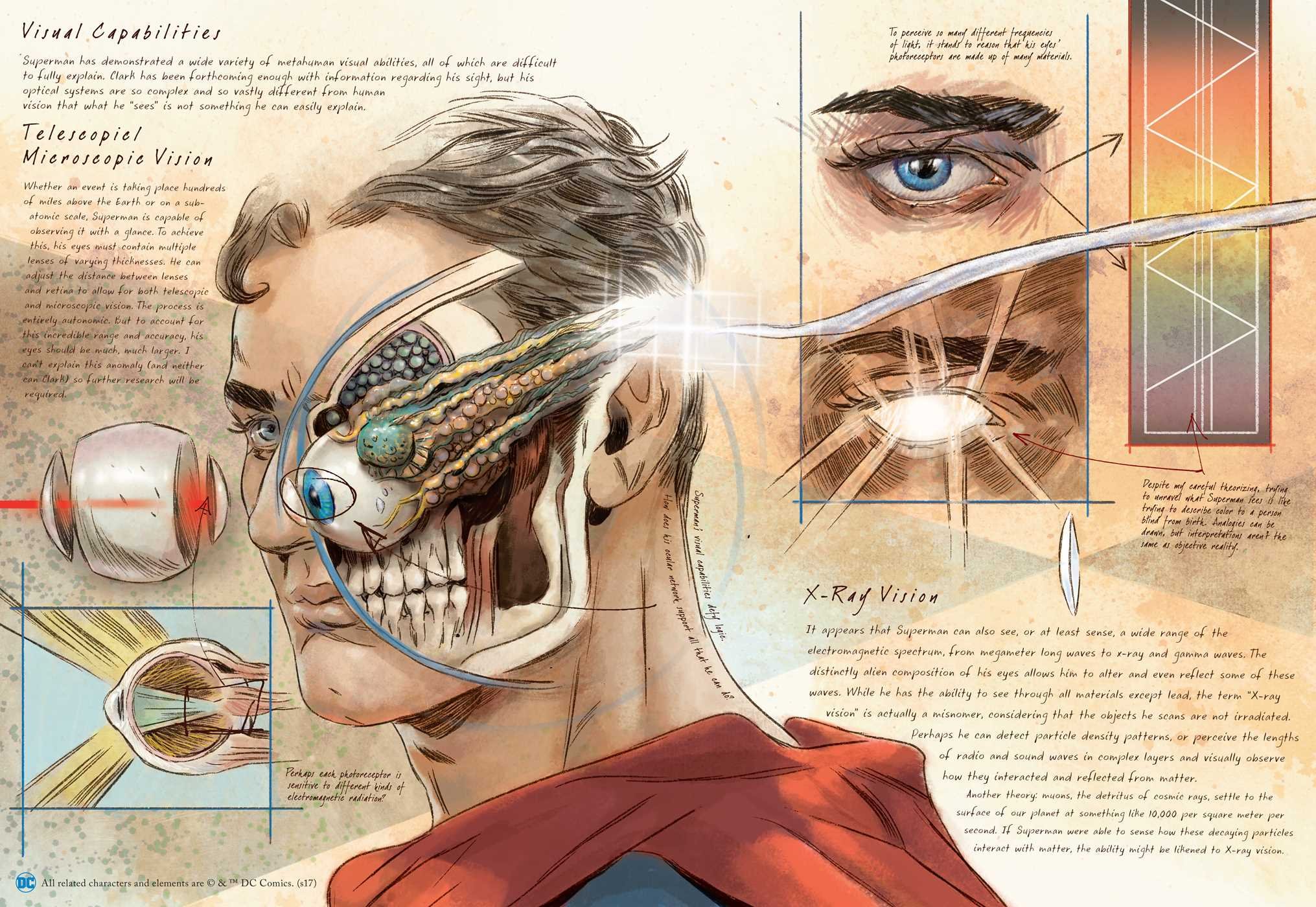 Written by S.D. Perry and Matthew K. Manning with illustrations by Ming Doyle and colors by Scott Holladay, “Anatomy of a Metahuman” reads like a medical journal full of the Dark Knight’s contingency plans against the DC Universe’s highest profile metahumans. The book’s introduction, penned by “Bruce Wayne,” serves as a warning to its reader that the content they are about to view is strictly confidential and the information within only to be used in a “worst case scenario.” Basically, it’s a book full of Batman’s many musings on how to potentially bring down both his strongest foes and most powerful allies.

Artist Ming Doyle does an amazing job illustrating the notes and observations of Batman’s journal, acting as the “hand of Bruce Wayne.” Ming’s Da Vinci style of sketch work combined with Perry and Manning’s textbook style of writing create a real-world feel that give the book a certain level of authenticity, like a Grey’s Anatomy of science fiction. Even the modest way Holladay colors the pages adds to the level of immersion you experience as you explore each chapter. 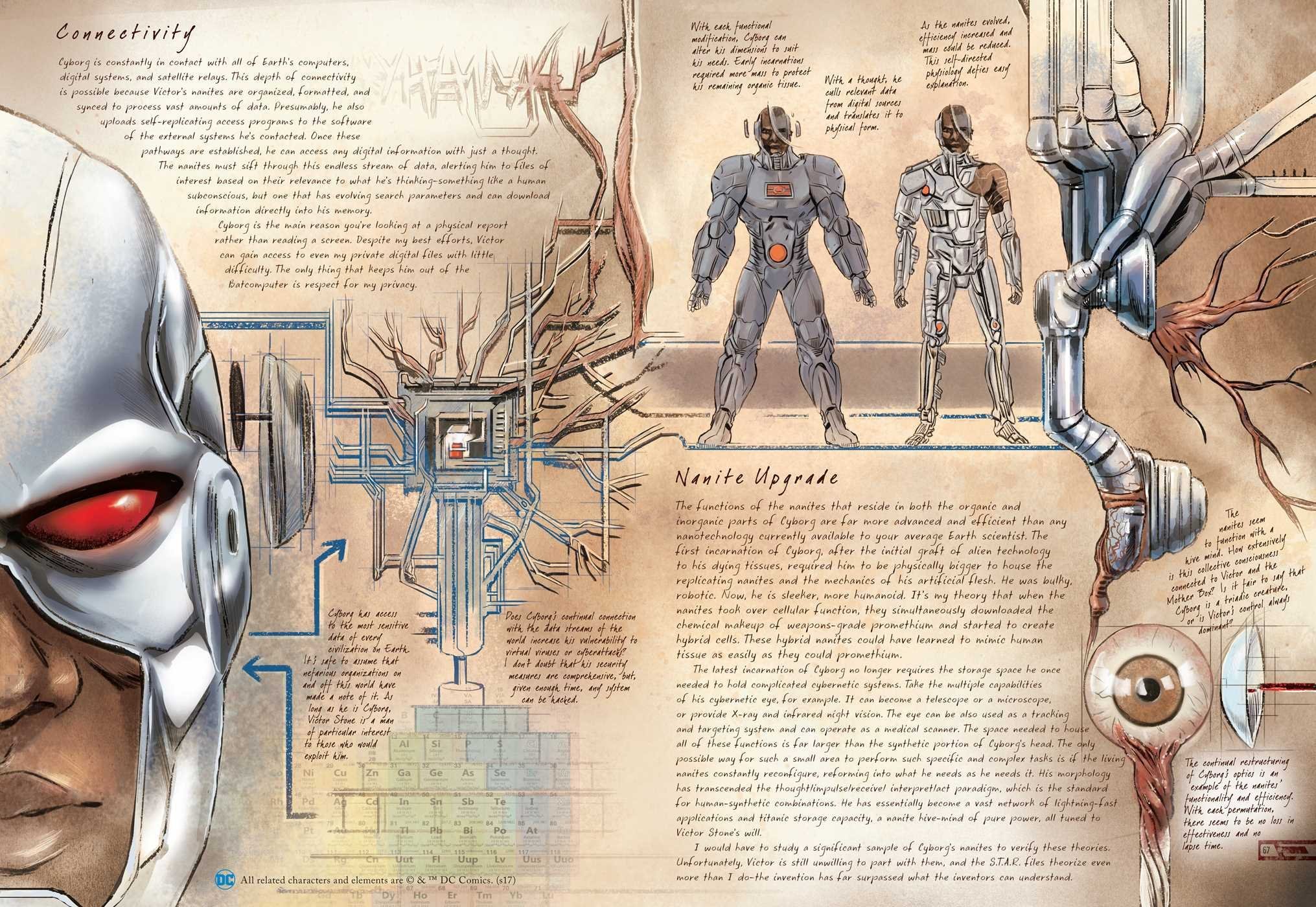 While “Anatomy of a Metahuman” only features twelve characters and briefly mentions Batman’s own anatomical limitations, the amount of detail given to each character is quite impressive. Superman’s section alone contains twenty-two pages and gives scientific insight on how the Man of Steel’s many godlike powers may work by drawing parallels to naturally occurring phenomenon. The book even attempts to make sense of a few magic-based characters such as Cheetah and does a surprisingly good job at selling the grounded realism of Batman’s observations. Other notable chapters include scientific commentaries on Killer Croc, Cyborg, and the super-steroid “venom” used by the criminal kingpin Bane.

If you have a geek on your holiday shopping list that has been particularly good this year, “Anatomy of a Metahuman” can be purchased at most major bookstores for around $50, though some online retailers are selling it for less than that. The book itself is quite big and makes for a great addition to anyone’s coffee table. And for any budding artists you may know, the anatomical sketches done throughout each chapter make it a great book to practice drawing fantasy and science fiction characters. All in all, “Anatomy of a Metahuman” is a must have for any diehard DC nerd and a fun read for anyone who appreciates an authentically scientific approach to science fiction.