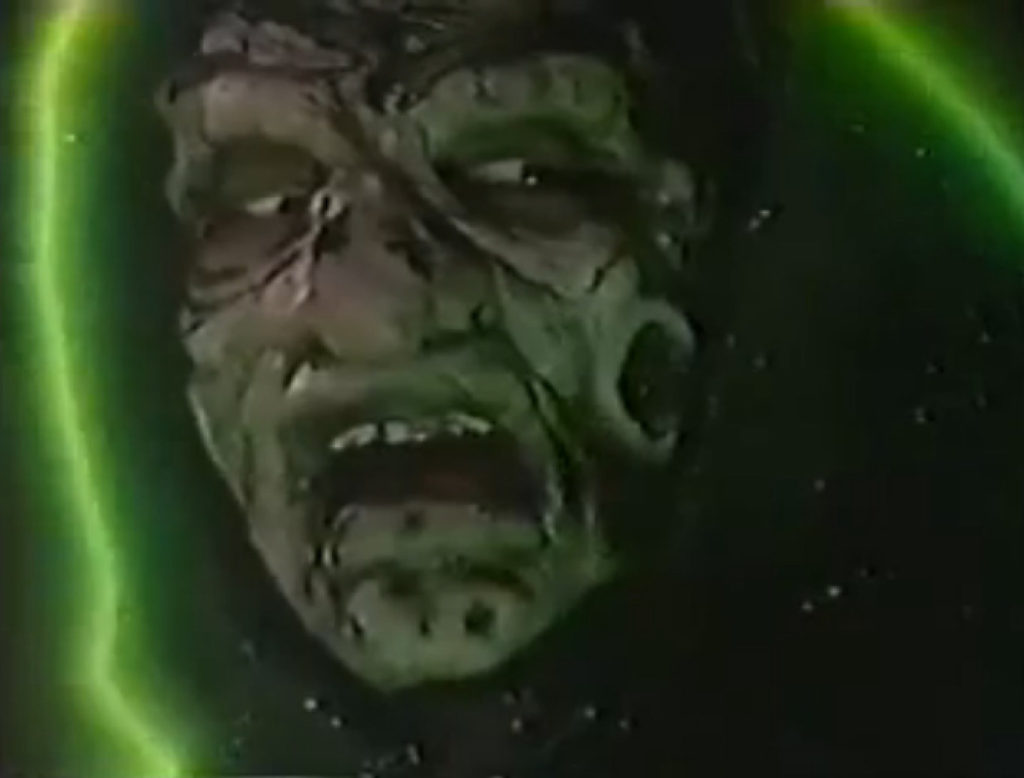 This is a Nerdbot “Nerd Voices” contributor post from reader John Bilancini. is a stand-up comedian and humor writer from Brooklyn, NY. He can be found on Twitter, and his nostalgia podcast 1994 can be found @1994podcast and on iTunes.

Today’s trip down memory lane involves the first of two Disney television movies that deeply scarred me as a child: Mr. Boogedy. In case you aren’t familiar with the movie, and I’m going to assume you aren’t because nobody I’ve ever talked to about it had the faintest idea what it is, it was part of the Disney television series Walt Disney’s Wonderful World of Color. It first aired on April 20, 1986 (hell yeah brah 420), which, like everything else about this movie, made no sense. Given that it’s a movie about a haunted house with a heavy Puritan component, you’d think that they would have tried to create a tie-in with Halloween or Thanksgiving, not “sometime around Easter.” I think Disney belatedly realized this error, because I recall catching later airings on or around those holidays. 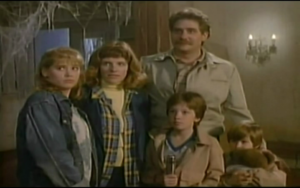 In case you aren’t interested in watching the movie in full on YouTube, here’s a quick plot synopsis: Carlton Davis (Richard Masur, Dan Ackroyd’s brother in My Girl), his wife Eloise (Mimi Kennedy, who was a regular on Dharma and Greg, a show I’ve never seen), and their three children Jennifer (Kristy Swanson! Buffy! Do not look her up on Twitter if you don’t want to ruin your memories of her!), Corwin (David Faustino, Bud Bundy. Also, Corwin? What the Hell?), and RE (Reginald Ernest. Seriously, what the hell is wrong with these parents? John wasn’t available? Played by the kid from Alf) move to On the Nose Name, Massachusetts, aka Lucifer Falls. They make the move because dad owns a gag gift shop and he thinks he’ll corner the market in New England. One of the most believable things about this movie is that you could hit it big in the 1980s by owning a prank shop. Of course, if you’re constantly wasting your merchandise like Carlton does around the house it probably makes it much more difficult. 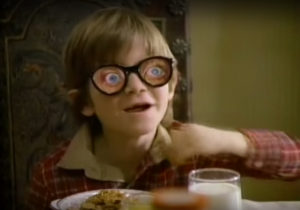 The Davis family shows up at the house they apparently purchased sight unseen only to discover it’s a real dump! Also John Astin is standing inside it in the dark waiting for them, which is a normal thing to do when you don’t know people are arriving, have never met them, and don’t have any real connection to the house. John Astin plays Neil Witherspoon, who we’ll find out later is sort of the town historian, so spoiler alert for the next paragraph. Astin basically tells them, “hey this place is haunted, you should just leave” but the Davises decide not to heed the advice of the stranger who was trespassing in their home. The kids run around a bit, discover that shit is actually pretty spooky, and Reginald Ernest’s teddy bear disappears in the attic.

The next night Jennifer follows some noises, gets accosted by Mr. Boogedy, and faints. The rest of the family finds her and she tells them about Boogedy, but dad and mom don’t really buy it. Instead when faced with Boogedy’s green, sticky footprints on the wall he decides John Astin is pranking them and talks about selling them in his store.

The kids go into town and end up at the historical society, where John Astin tells them the horrible history of their home. The short version is that Boogedy was the Puritan in charge, and he sucked a lot so everybody called him Mr. Boogedy. He wanted this widow, and pulled every creep move that could be shown in a mid-1980s Disney movie for children. Boogedy eventually makes a deal with the Devil for a magic and invisibility cloak, kidnaps the widow’s son, and will only give the kid back if she becomes his wife. Come to think of it, there was a lot of extortion in the Disney movies of my youth. Disney really went to the well with that one.

Boogedy gets the kid back to his house, and while he’s trying out some magic the house is destroyed, killing him, the widow, and the kid. Now they’re ghosts, and in order for the woman and kid to be at peace they must be reunited and Boogedy must be vanquished.

The kids relay the info to their parents, who largely ignore them and pull lame pranks the entire time. Up until this point in the movie the viewer was wondering how anybody could be married to an adult man who constantly pranks his children, but this scene illustrates that mom is also the worst. These two shining examples of suck belong together. Some weird shit happens and mom and dad become believers.

The widow Marion appears to Mrs. The Worst and informs her that the way to defeat Boogedy is to get his cloak. The boys become friends with the ghost kid, and then it’s time to take on Boogedy. David Faustino and Alf’s brother or whatever come up with a plan that immediate fails, but then Alf’s brother uses a vacuum cleaner to suck the cloak off of Boogedy, ultimately capturing the cloak in the vacuum. Boogedy disappears, mom and kid ghost are reunited, house is no longer haunted. Except Boogedy lives in the vacuum cleaner now so there’s definitely going to be a sequel, which there was and which I will write about in the future. The end.

The main problem with Mr. Boogedy, of which there are many, is that it isn’t clear who this movie is for. It doesn’t work for adolescents who aren’t going to care about the New England Puritan angle. It’s too juvenile, dumb, and the plot is too threadbare for adults. Kristy Swanson completists? I was a six year old at the time, and I can tell you for damn sure it wasn’t for me, because Mr. Boogedy scared the hell out of me. It’s supposedly a comedy, and it has all the prop comedy of a Carrot Top set with even fewer punchlines. Based on my experience watching stand up as a child and seeing Carrot Top, Bruce Baum, and the Amazing Johnathan, I know that dumb or not prop comedy was hot; this was all prop and no comedy.

Until I rewatched it last week, my recollection of Mr. Boogedy didn’t extend much beyond Boogedy’s pockmarked face and green tint, and his catchphrase, “Boogedy, Boogedy, Boo!” It terrified me though, enough that 32 years later I still remember that it terrified me, and seeing it now I’m more than a little angry that I was scared of it. There were so many more genuinely frightening movies that could have scarred me at that age, and I got stuck with a Disney Sunday nighter that somebody wrote in one sitting.

So that’s Mr. Boogedy. If you don’t remember it…