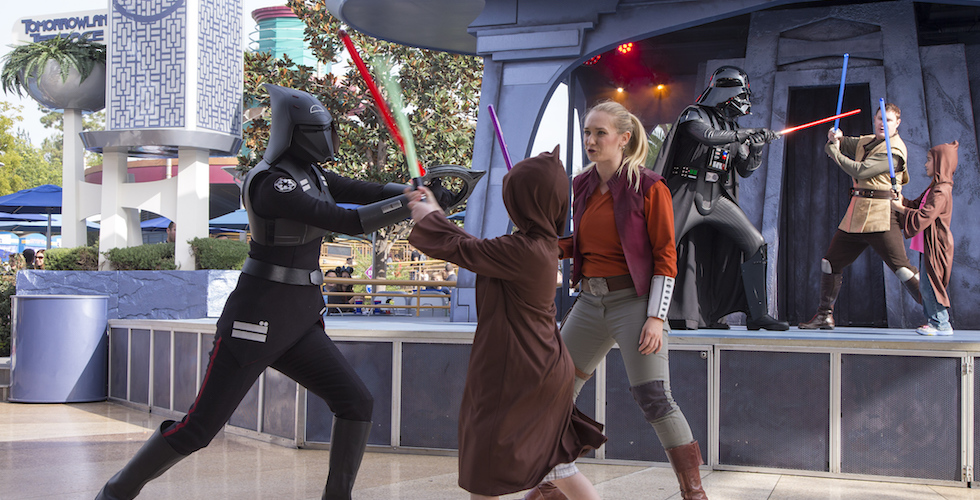 'JEDI TRAINING: TRIALS OF THE TEMPLE' (ANAHEIM, Calif.) - In the reimagined battle experience "Jedi Training: Trials of the Temple" at Disneyland Park, young guests may discover if they have the makings of a true Jedi and encounter villains such as Darth Vader and the Seventh Sister Inquisitor, from the Disney XD series "Star Wars Rebels." The interactive show debuted along with other immersive Star Wars experiences at Disneyland Park, such as Star Wars Launch Bay, Hyperspace Mountain and a new destination in Star Tours - The Adventures Continue. (Paul Hiffmeyer/Disneyland Resort)
Nerd Culture

Confirmed by a Disneyland spokesperson and reported by the OC Register, the interactive stage show will be coming to an end at the Tomorrowland Terrace stage in the near future, with their focus remaining on Star Wars: Galaxy’s Edge.

At this time, there is no confirmed end date for the show, or word on if we’ll see a similar experience in Galaxy’s Edge when it opens at the Disneyland Resort in 2019. However, rumors are circling that the stage show will close this November. During the experience, a group of young guests are recruited by Jedi to learn how to wield their lightsabers against their greatest fears. These fears manifest themselves in the form of Kylo Ren and Darth Vader.

Currently, this closing is only affecting Disneyland’s version of the show. The version of Jedi Training at Disney’s Hollywood Studios has no announced plans of closure at this time.