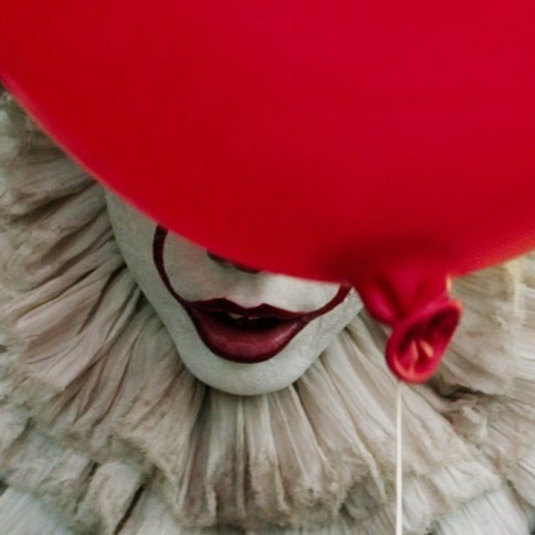 You know what the scariest thing about a scary story is? That’s right- your own vivid imagination. Sure, movies have the ability to scare the shit out of us by digging their claws into 2.75 of our senses at the same time. But with a book, it’s as disturbing your own mind allows it to be. And once the story is over, those tales burrow…they linger…they imprint into our bodies, our very psyches. And the best part? They’re always ready to come out and haunt you. We asked our readers for the scary stories that stuck with them the longest, and the answers were nothing short of chilling…

“It” Nothing else ever came close. The finale was amazing. May have read the final 100 pages at once (which is rare for me). But the boys taking turns on Beverly in the sewer is still probably the most frightening thing in that novel.

I’m generally a sucker for anything involving ghosts or demons (I’ll admit, I believe in em), but Dear David is a recent favorite. This guy on Twitter has gone viral documenting via tweet the strange haunting he’s been enduring by a malevolent spirit. What really gets me about this one is that every ghost haunting story follows a certain development arc as things “ramp” up, but this one? It’s so… uneven, that it feels entirely too legit.

14) “The Green Ribbon” from In a Dark, Dark Room by Alvin Schwartz

I got uncomfortable around anyone that wore a choker because I thought that thing was imperative to their head staying put. Still scarred from that in the best way ever.

The “Scary Stories to Tell in the Dark” series, complete with those demented pictures. That shit literally haunted my dreams after I read them… but I couldn’t get enough of them.

12) The Amityville Horror by Jay Anson

It actually gave me nightmares because I believed the “true story” aspect of it. I think it’s been debunked as attention whoring on the part of the Lutz family since but, damn, I guess I have a mind that wants to believe and gets too creative about that kinda stuff.

Even without the legend, the poem alone is terrifying. A legend based on an actual poem though fills me with dread. Most stories are restricted to the fictional, having a poem though makes this story feel uncomfortably real.

10) Flowers in the Attic by V.C. Andrews

So, funny story. It’s not a gory book or anything. It’s Flowers in the Attic. Just because the concept of a brother and sister “together” just freaks me out like no other.

The story was about a girl who buys a puzzle from a thrift shop and spends all evening putting it together. She realizes partway through that the room in the puzzle in her room, right down to herself in the puzzle looking scared, with a terrifying face in the window. She looks up and the face is in her window, staring back at her. Instant chills all over.

That one story about a scarecrow named Harold who comes to life and murders one of the farmers. I still can’t hear that name without shuddering. In fact it disturbed me just to type this out.

7) Test of the Twins from the Dragonlance Legends Trilogy

Raistlin was imprisoned/crucified in the Abyss. Takhisis would tear his chest open every night with her talon and let him bleed out until morning. Then he’d heal and wait until nightfall and go through it again.

6) The Thief of Always by Clive Barker

I first read this in the early 90’s, a time when my parents had me convinced every adult stranger out there was a kidnapper. Just the thought of being lured into an eternal prison by a seemingly harmless person really creeped me out.

I read all the Twilight books, and the scariest part was that a publisher agreed to print them.

It’s about a family living in a house that is larger inside than out, where new halls, rooms, and doorways appear at random. It’s wonderfully weird and reads as disturbingly plausible. It seriously messed me up for a while.

3) The Mist by Stephen King

I adore the movie—especially that soul destroyer of an ending (thank you, Frank Darabont!)—but the more ambiguous original ending was so foreboding and creepy, it’s stayed with me for years.

2) The Goosebumps Series by R.L. Stine

Especially the one where if you took pictures of people with the haunted camera they disappeared, the dummy that comes alive, and the choose your own adventure one about the haunted carnival. Interestingly though, I have no fear of clowns, only existential dread.