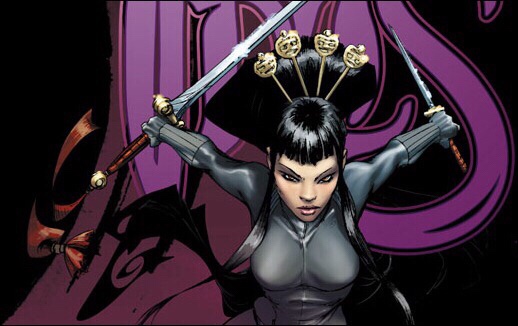 Our friends over at Aspen Comics have rolled out some pretty legit content over the last couple months. Believe me, I am reading a bunch of their stuff and for Nerdbot’s weekly independent comic discussion we will turn our eyes to a rather unique series called Executive Assistant Iris. 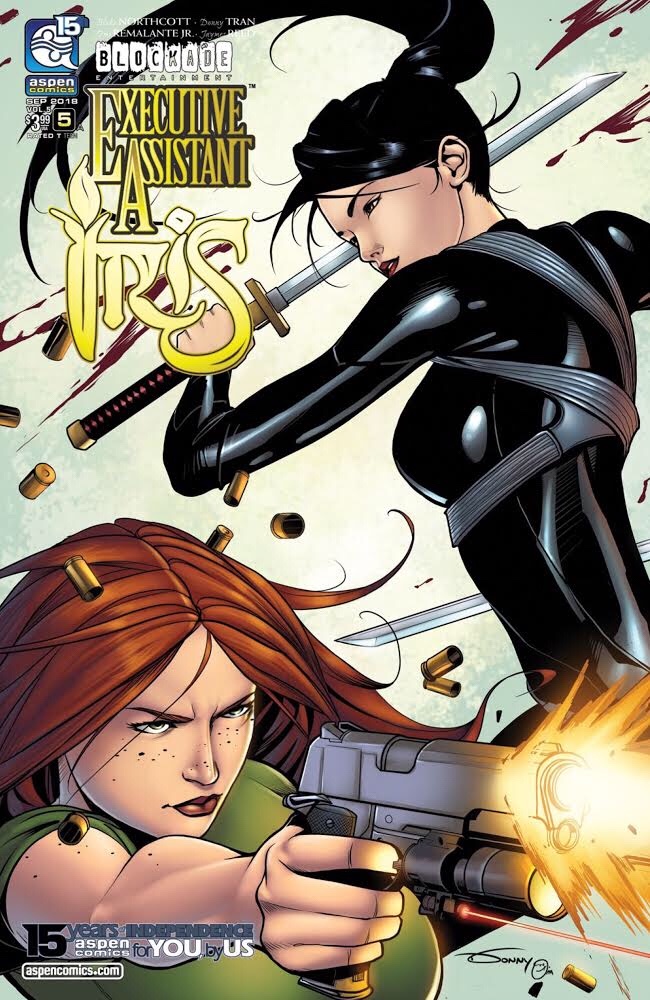 For those of you who aren’t familiar with the material, and this can also double as my brief recap, Iris is… just like the title says, an executive assistant. You probably know someone in that exact same position, working the nine to five office grind. Only I’ll bet you my car, they’re not a badass agent of corporate espionage. If they are a secret spy, there’s a descent chance you’ll never know.

Last month we left our protagonist in possession the Porosha Worm, a dangerous computer virus with serious data compromising capabilities. It wasn’t easy to obtain as Isis and her partner Mack had to rough up a few people along the way. Now there’s a war coming. 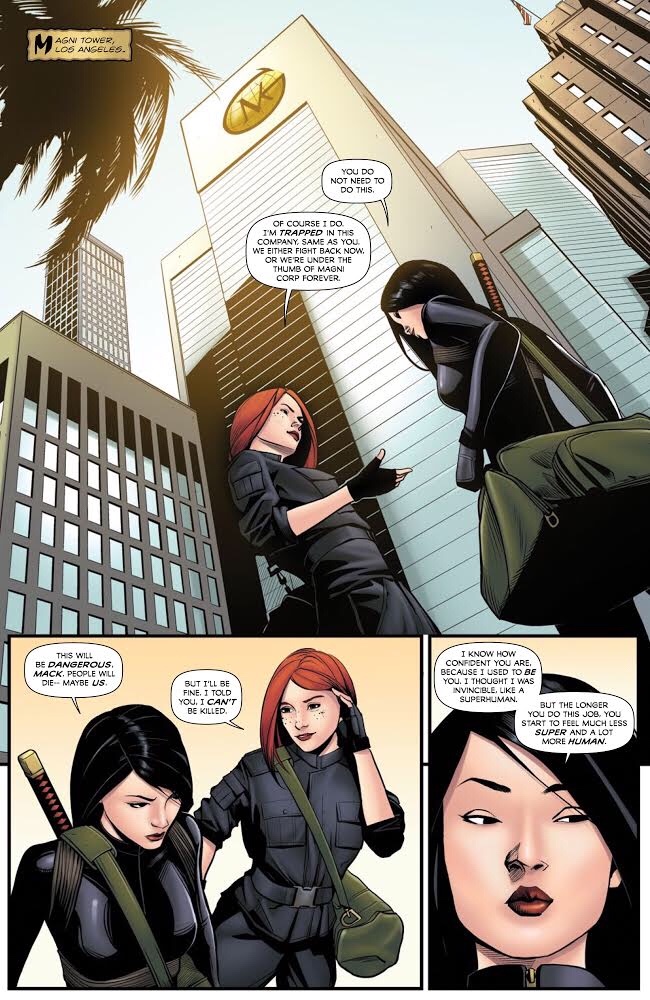 Volume #5, Issue #5, “Killing With Borrowed Knives” begins in Los Angeles, my current place of residence. Iris and Mack plot to rebel against the Magni Corporation. They put on gas masks, draw their weapons, then launch an all out assault on their employer’s security detail.

Mack heads to the basement and gets on the computer. Her hacking skills come in handy as she remotely activates a tank to level that S.W.A.T. team that has shown up to join the fun.

Iris, on the other hand is attacked by a member of Mangi’s super advanced cyborg squad. Imagine Terminator without the layer of skin. It slams her into a cabinet full of canisters. She manages to get some shots off, but one of the containers bursts open and an octopus emerges. The creature wraps around the robot, then squeezes. 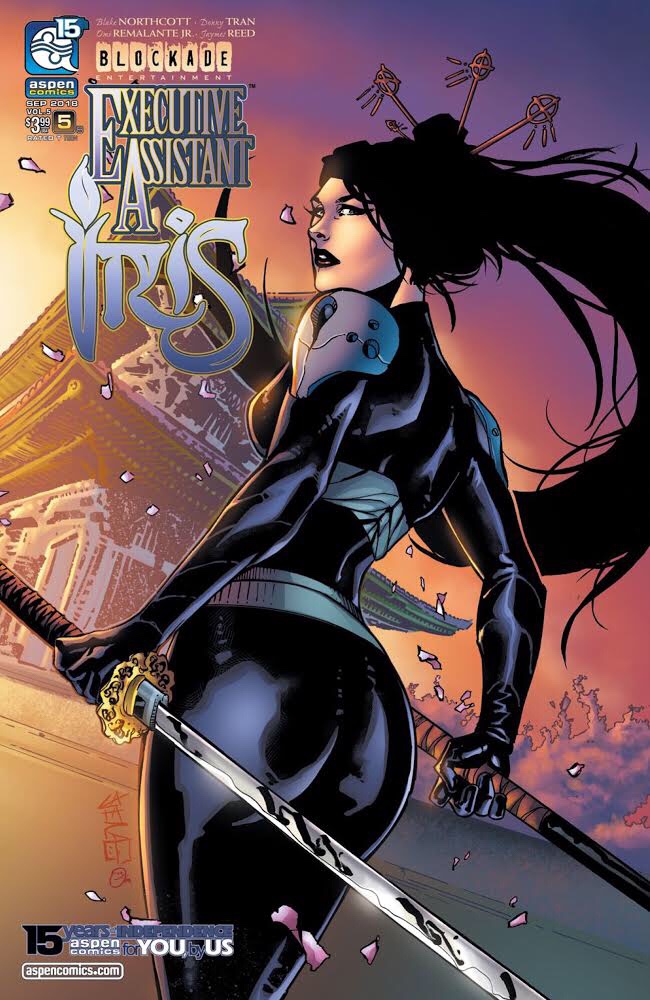 Iris heads to the 64th floor. She finds Alexander behind his desk like he’s been expecting her. After a brief history lesson Iris unveils what is happening in the basement. Mack is using the Porosha Worm to leak millions of emails, documents, Mangi’s secrets. It’s already on the news.

The evil corporation has met their match. Alexander grabs a gun but Iris kicks him out the window, and he falls to his death. As the issue closes, Mack is approached about a new employment opportunity.

This chapter in the series had what television people might call “the end of an arc” with Alexander’s death and the sense that all is right with the world, for now. The Statesman-esque dude who approached Mack on the last page I’m sure will be the catalyst which sends our story in a new direction. I’d predict either a rescue or a turning the characters on each other. Something to fuel our next few issues. Also, when an evil corporation has super robot and crackens in a jar, anything is possible.

Have you been reading Executive Assistant Isis? Let Nerdbot know in the comments!!