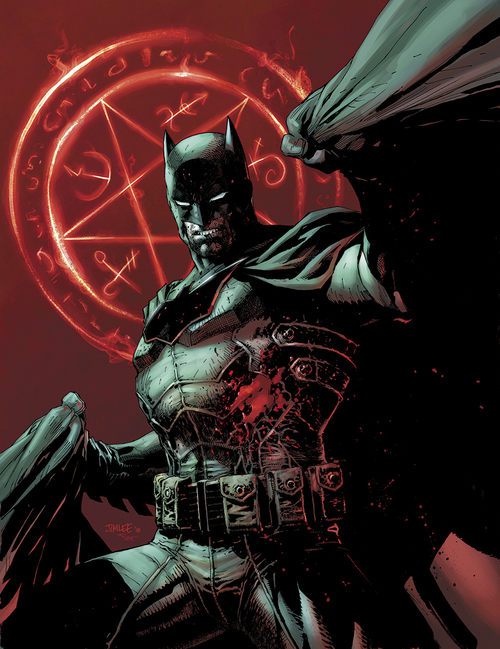 DC comics launched it’s new Black Label offshoot with the release of it’s first book Batman Damned!. Black Label is DC’s new publishing offshoot that will launch stories of some of our favorite heroes in a muBatch darker and grounded light than ever before, geared towards a more mature audience. Batman Damned does not disappoint with the darkness and maturity.

Written by Brian Azzarello and drawn by Lee Bermejo this new story gives off a dark and gritty Noir detective series feel within its artwork, dominated by shades of black and gray’s, and its overall plot. This possibly one of the darkest Batman stories I have personally ever read. The Dark Knight comic series has nothing on Batman Damned.

I will keep this review as spoiler free as I can as I want you, the reader, to give this series a read and check it out for yourself. The opening panel immediately will captivate you as to what is going on as we find Batman on the brink of death in the back of an ambulance. During this the story is being narrated by an unseen character until a few pages in and we see our narrator is the infamous John Constantine. Constantine has been drawn to Gotham due to the dark forces at play within the city, centered around Batman. 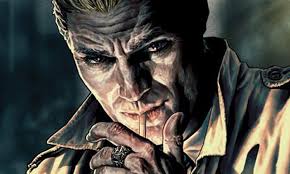 We also get a look at the psyche of Batman during scenes of his nightmares which are plagued by a demonic creature. During these scenes I also get the feeling that the marriage of Martha and Thomas Wayne wasn’t as great as we first thought and Thomas Wayne may be stepping out on his wife. Batman has a few of these nightmares throughout the book and at times they seem to break him down like none of his rogues have been able to do before.

I was one of the few who got their hands on a copy with the now trending “Bat Penis” in it and guys let me tell you…. it isn’t all it is cracked up to be. Beyond that though is what they story is truly about and it is Batman and Constantine using their different skills and powers to solve the murder of one of Batman’s greatest villains. In the famous words of Constantine though we learn that all that is dead doesn’t necessarily stay that way.

If you are a fan of Noir Detective stories such as Sin City or you just love Batman in general this is the story for you. We see our hero in a much darker tone and how human he truly is and how the things he does to keep Gotham safe haunt him and scar him for life. Please give Batman Damned a chance and let us know what you think in the comments below!