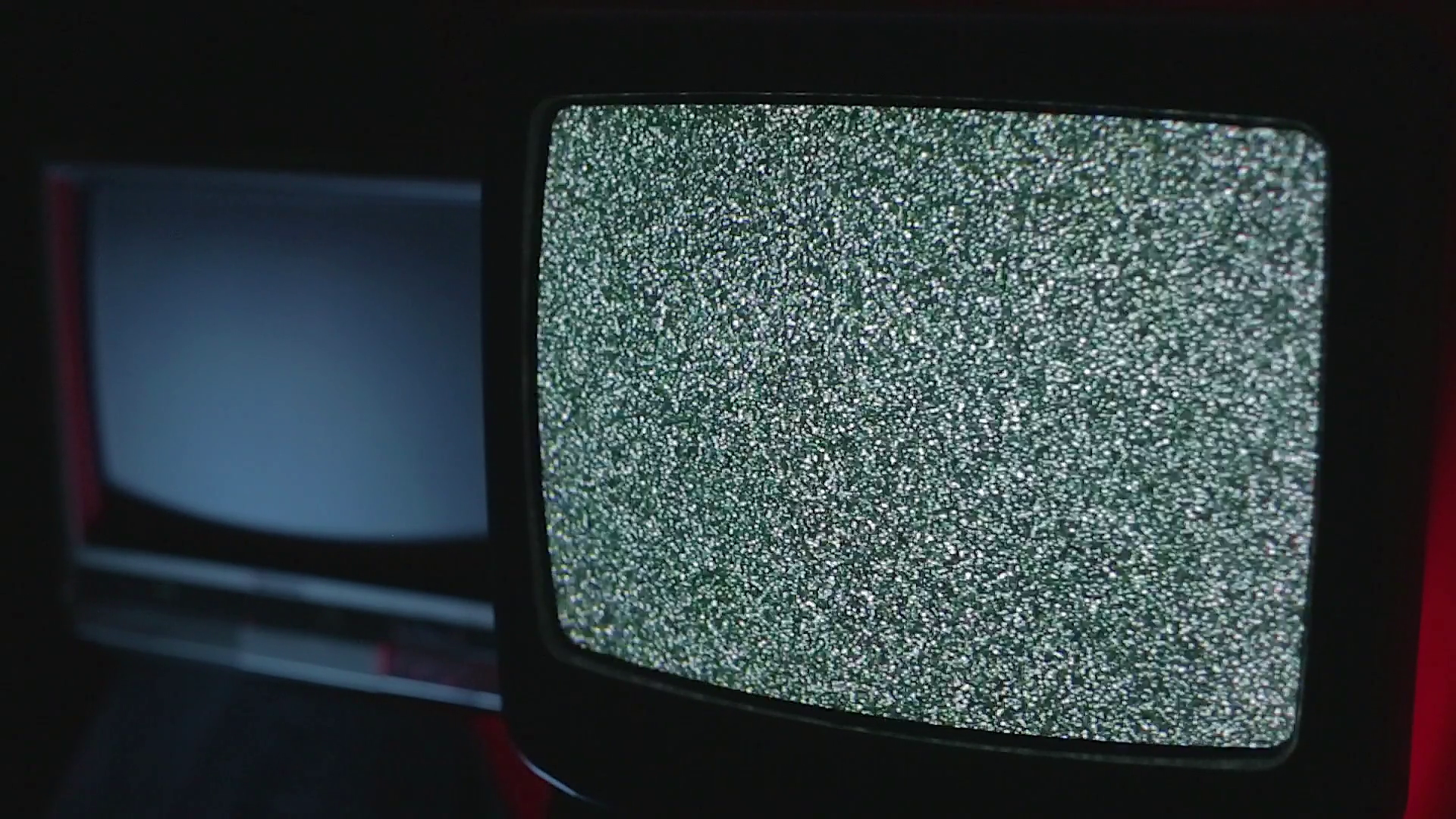 Lies I Learned (From Watching TV)

Like most people, I learned most of my social norms from television and the gentleman that lives behind the 7-11. Television brought me up to believe in doing the right thing no matter how much your cool friends tease you and that one day I may actually land some cool friends. (If you’re interested in becoming my cool friend see my Craigslist ad “Cool Kats wanted for Mando’s Cool Kids Club”).

As an adult I learned that much of what T.V. has taught me is just a pack of dirty, dirty lies. For instance:

People Don’t Meet Up with Their Friends on a Daily Basis.

Let’s start out with the fact that knowing more than three people who all like each other equally is nearly fiction in itself. Have you ever been part of a wedding party? The bride and groom choose 4-17 people, their closest friends and relatives and hope they don’t physically assault another over the course of a year’s worth of mandatory events, most of which include quantities of alcohol.

Part of the reason you don’t hang out with the whole gang on a daily basis can be jobs, family obligation, location, cult participation or the simple fact they don’t all like the same things/cults. As a rule, one doesn’t go to the friend section of Wal-Mart and pick up a set of five matching companions that share your love of open mic poetry and crawdad fishing. Some people are avid movie goers who camp out to see the midnight premiere of Showdogs, while others prefer to wait to buy the Collector’s Edition on Blu-ray.

There’s “couple” friends who will come to your elegant dinner parties and play a round of Ker-Plunk with you and your significant other. And everyone has that one friend who would be appalled by this suggestion and would rather go out for a drink and suddenly its 4 a.m., a goat is missing and you’re talking the cops out of tasing them.

The idea that all of these people would drift into the same café on a daily basis and talk about their lives is ludicrous and not in the hilarious talking dog way. Simply running into an old friend at CVS can be an agonizing experience, because you have to politely update them on your life in Dorito aisle while trying to detect if they really want to catch up this weekend, or if their definition of “catching up” means moving a couch.

On T.V., there is a standing appointment in the local hangout to the extent that if they are looking for someone, they go to the bar in search of them rather than say make a phone call. If you’re friends find it easier to seek you at the pub than call you, you may want to examine your life choices.

In movies and T.V., it is considered perfectly acceptable to waltz into your friend’s or family’s home with no more than a wise crack. In reality, that would scare the bejezus out of people. I live in a pretty hard to find apartment and when we simply hear a lost pizza man coming up the walk, we pop up like Meer cats doing a drug deal. If my buddy burst into my house while I was doing my nightly Harry Belafonte lip sync tribute I’d probably come at her with a phone book before she could tell me about double booking dates on the same night. And yes, I still have a phone book.

I have the Walter White Charm School squatting in the next building and baseball bats cost money. Which brings up another door locking issue –most shows are set in some sort of big city. New York, L.A., Chicago. I’m no mathmagician but probability says that if you have that many people in one area and one or two of them are going to be a burglar or an arsonist. Hell, even a couple of teenagers looking to steal an X-Box and some Mike’s Hard Lemonade. If your friends and family need such unfettered access to your home, perhaps consider making them keys rather than playing Russian roulette with whose entering your apartment, your wacky neighbor or Leatherface.

Nothing says “badass” and “troubled” better than a rescue parrot. A close second is a character chugging a bottle of amber liquid, staring off into the rain and thinking about how badass and troubled they are, whilst missing their parrot. Maybe it’s a case that’s getting the better of them, or a dead or lost love or they’ve been looking for their left sandal for twenty minutes and have admitted defeat. They toss the empty bottle at the wall, showing us that they have consumed enough alcohol to hospitalize a hippopotamus.  Then the call comes in and they show up right as rain at the crime scene with a small coffee. Comedies employ the same method although they are usually wackier drunks. They stumble and slur and dance around with a chip and dip bowl on their head but a cup of coffee and a commercial break and they can perform open heart surgery. In reality, coffee just makes you a hyper drunken mess, rather than a sleepy one. Instead of deciding to make nachos out of Kraft Mac and Cheese powder and Cool Ranch Doritos before falling asleep to World’s Deadliest Animals, coffee drunks want to go to K-Mart and buy lots of lamps. Coffee is not the water that puts out drunk. It is the grease thrown on a garbage fire of bad decisions and energy.

For some of you, there will come a time in your life when you or your friends will start having children. I have no children yet, because I still find the cat to be a troubling adversary and I read somewhere that cats and children are different. I have seen other people with children though, and apparently, taking care of them takes up a large portion of their day.

New parents spend months catering to the every whim of these tiny little emperors and empresses, sleeping when they sleep, waking when they wake, and eating a questionably old slice of cold pizza at 4 a.m. and calling it lunch. A shower can often involve timing equivalent to that of a casino heist.  Social functions either need to be kid-friendly or require a series of begs and bribes to have a qualified person watch their kid for a couple hours. If I know one thing, it’s how to get to the Top Secret Area in Super Mario World. Also, child care aint cheap. Okay, so I know two things.

T.V. shows love to write in a pregnancy and a dramatic birth in an elevator, but don’t know what to do with the kids when they arrive. They usually simply hire a nanny (laugh with me now parents!) The nanny is affordable, constantly on call and allows them to work and idle about with their friends at bars and coffee houses to their hearts content, effectively never having to see the Child Labor Law problem. On Dexter the titular Dexter bought an entire apartment for his nanny to raise his child in, which is probably a good idea considering the whole serial killer thing, but damn, what does Miami P.D. pay? Do they have any job openings Dex? I could be a better detective than Deb, I know that for sure.

**Children and the side effects of children may include weight gain, suspicious stains on walls, the inability to watch a show that isn’t Peppa Pig, trouble sleeping and compulsive gambling. You may feel loss in interests such as double-booking dates on the same night, hanging out with your ex on a daily basis and serial killing. Should you experience any of these symptoms please consult with your affordable, on-call nanny.

Cooking is Not That Hard

There are two and only two types of cooks on television: master chefs that are constantly shoving wooden spoons of sauce in people’s faces and people who are proud of their ability to burn water. In the olden days of laugh tracks and settled notions about gender norms, the latter was men. Dad has to make dinner? Get out the fire extinguisher and the number for Dominos! Then women got in on the non-culinary action and started lighting the curtains on fire while making ice. Why learn to fry an egg when you can order takeout three times a day and retain your godlike physique? I’m not saying there isn’t a curve to culinary talent. Ask me to make you sushi and I will hand you back a delicious plate of salmonella. Cooking doesn’t have to involve mastering a souffle or the perfect buerre blanc sauce.  I lived in a household that figured adding onions and garlic to a can of Prego was pretty fancy for a Tuesday. My dad cooked, without setting the house on fire on a regular basis, usually with the help of the good people at Idaho Spuds and Kraft. That, my friends, is the Prometheus of cooking. Read the directions on the back of the box and add ingredients. Add some salt or Del Scorcho sauce is you’re feeling spicy. Graduate to cooking meat until not a health hazard.

If you live alone for ten minutes, this is really a skill one should possess. The ability not to die of malnutrition should Pizza Hut go out of business. If you’re poor and living in a city where rent costs more than I make in a year, it is imperative you learn that the meat goes inside the bread and not the other way around. Having nothing but baking soda and a sandal in your fridge is not a sign that your independent and cool, it’s a sign that you waste money on over-priced poison made by teenagers who don’t hold hand washing in high regard.

And that you found my sandal. Let me make some coffee and I’ll be by to pick that up. Leave the door open.

Has television misinformed you about the way real life works? Let Nerdbot know in the comments!

Everyday is Halloween (For These 10 Heavy Metal Acts)