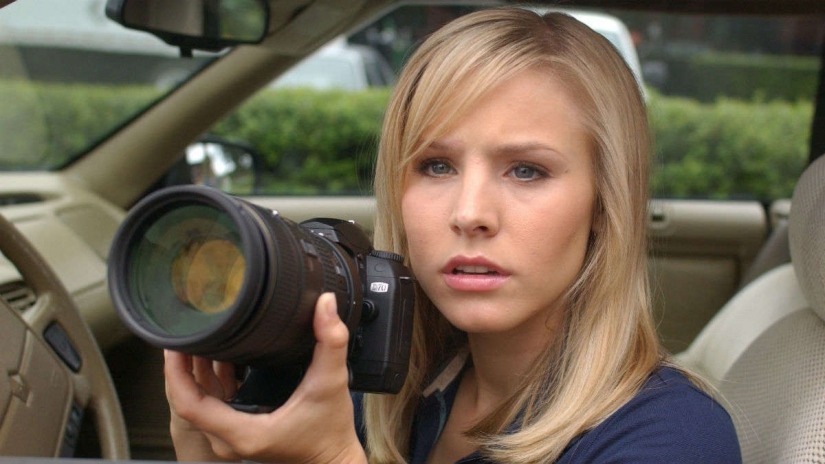 Confirmed: Veronica Mars Revival in the Works on Hulu

Well, Veronica Mars fans the rumor has come true; the Veronica Mars Revival is officially been announced. The series has been ordered by Hulu. Rob Thomas wrote an feature film the script would continue where the series left off. However, Warner Brothers opted not to fund the project at the time it was being pitched to them. On March 13, 2013, Rob Thomas and Kristen Bell launched a fundraising campaign to independently produce a film.

Kristen Bell and the series creator Rob Thomas are now on board and the deal is nearly done. However, Hulu declined to comment about the Veronica Mars revival. With the deal not complete yet, the details are still vague. With the revival Bell said, it wouldn’t interfere with other starring role on the NBC Comedy The Good Place. There is no word yet on which cast members would return to the show.

Veronica Mars ran for two seasons on UPN which started in the fall of 2004 and fall of 2005. In the fall of 2006 it aired on new network called the CW after that season it was canceled. Its about high-school student (Kristen Bell) who works cases with her private investigator father (Enrico Colantoni).

In the 2014 film, which featured Veronica returning to Neptune, California for her ten year high-school class reunion. However, it turned into being bad idea because she ended up falling back into another murder mystery. Which involves her ex-boyfriend, Logan Echolls (Jason Dohring).

Most of the original cast returned for the movie. If the deal goes through as planned, Veronica Mars will have original cast members reprising their roles, including Tina Majorino, Chris Lowell, Percy Daggs III, Francis Capra, and Ryan Hansen.