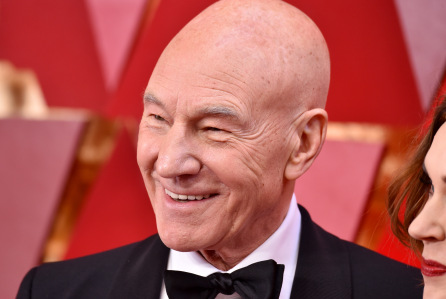 Deadline.com reports that Patrick Stewart has signed on for Charlie’s Angels, the reboot of the female crime-fighting franchise being directed by Elizabeth Banks in the works at Sony’s Columbia Pictures.

Kristen Stewart, Naomi Scott and Ella Balinska have already been set as the “woke” trio of elite detectives. Banks had already been set to play Bosley, who in the original TV series was the intermediary between the women and Charlie, the group’s elusive employer and head of The Townsend Agency, who appeared via speakerphone only in the original 1970s TV series and was voiced by John Forsythe.

The new Charlie’s Angels centers on a new generation of Angels as The Townsend Agency goes global, providing security and intelligence services to a variety of private clients with offices and highly trained teams worldwide. This film focuses on one of those teams. Charlie has not been cast.

This movie is smart. Really smart. Because they know that many, many of us have no interest in the third iteration of the Charlie’s Angels franchise.

But us over here in the nerd corner? We’ll be damned if we miss any movie, media, commercial, show, inauguration speech, etc. featuring Patrick Stewart!

The struggle is real.