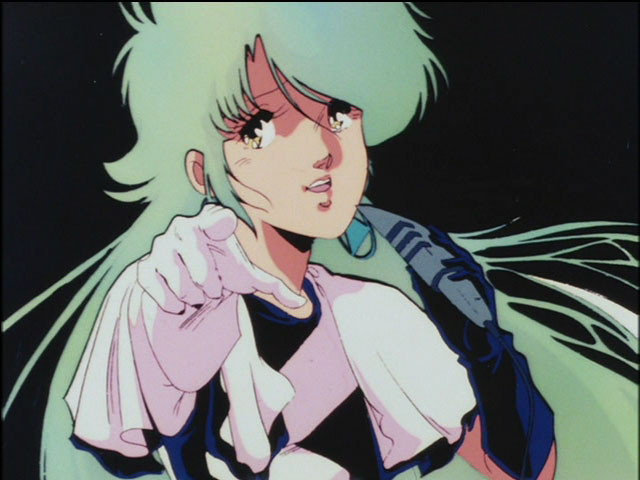 Top 5 Anime Songs and Styles From The 80s

Few things looked as Turbo as 80s anime. There was a beauty and grit that can’t be matched today with the digital aesthetic. Giant mech and space ships ran rampant in those days, and there was a mysterious romanticism that (at least for me) helped me imagine a better world. A world I’m still struggling to keep hold onto today. There’s something about 80s anime that keeps me grounded in fantasy like nothing else can.

The music from 80s anime is also groundbreaking. Prior to the 80s, there was some cool 70s waka-chika from ‘Cutie Honey’ and ‘Lupin the Third’, sure. But there was a lot of corny sounds involved. Not in the 80s- the music was…real. Real music with a definitive sound that carried the dark animation with its dreamy sound.

Let’s get lost in our heads. Follow me into the abyss with the Top 5 Anime Songs and Styles from the 80s.

The series involves the adventures of the Knight Sabers, an all-female group of mercenaries who don powered exoskeletons and fight various problems, most frequently rogue robots. A seriously amazing hook and premise, it was the music that reeled me in. Once I heard ‘Mad Machine’, I had to be part of this amazing universe. But nothing, I repeat nothing, looks like Bubblegum Crisis. I seriously had a Bubblegum Crisis shirt that I wore until it disintegrated.

2) Sentimental Over the Shoulder from Megazone 23

The story follows Shogo Yahagi, a delinquent motorcyclist whose possession of a government prototype bike leads him to discover the truth about the city. You wouldn’t really know that from watching this amazing music video, but it hits all the amazing 80s notes that send the mind reeling. I first discovered this track on my Best of Anime soundtrack that I purchased in 1999 and it made me want to drive fast in a sports car through the city, even before I ever saw any footage from the OAV and knew it was about a motorcycle. Good job, Japan.

Macross, guys. A love triangle against the backdrop of great battles” during the first Human-alien war. It created the first anime singing idol (Lynn Minmay) and has some of the best mecha, space, and wartime premises of all time. Plus…that music. Sigh.

The best thing about ‘Cat’s Eye’ is that the animation gives you zero clue what it could possibly be about. It’s just dark, moody, and has a secret light-vagina in the opening sequence. Long and short: The three Kisugi sisters—Rui, Hitomi and Ai—during the day run a small cafe called “Cat’s Eye.” To discover the whereabouts of their father, the artist Michael Heintz, who has disappeared, Hitomi and her sisters rob art galleries as the smart and mysterious thief “Cat’s Eye” in the hope that his works can give them clues about his vanishing. The crucial point is that Hitomi has a relationship with Toshi, a police inspector who has sworn to catch “Cat’s Eye”—and of course he has no idea about Hitomi’s double life.

Priss and the Replicants. We already discussed Bubblegum Crisis earlier, but this is the song that ties every 80s anime together. Konya wa Hurricane was the track that rocketed anime music into the real world and legitimately turned the medium into a force that was worth paying attention to. Rock and freakin’ roll.