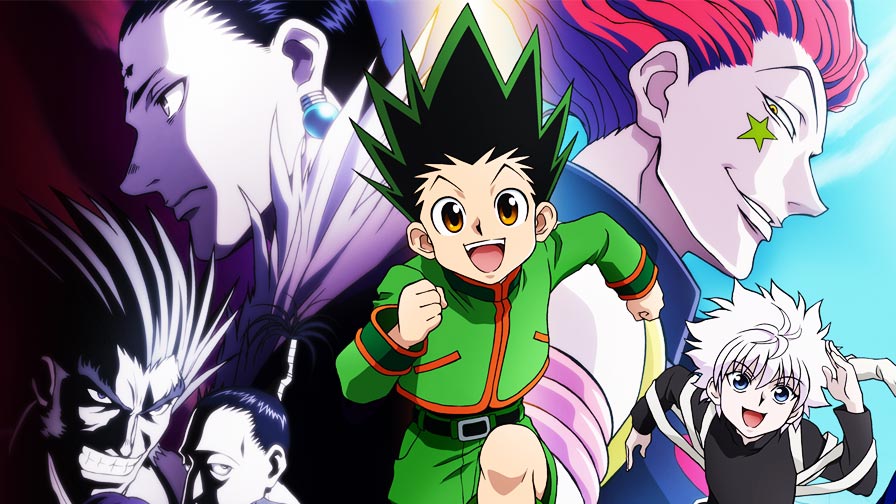 Hunter X Hunter, is the of a young boy named Gon Freecss, who one day discovers that the father whom he thought was dead, is in fact alive and well. He learns that his father, Ging, is a legendary “Hunter”, an individual who has proven themselves an elite member of humanity. Common knowledge if you follow the show or manga, along with the drop in story after Yoshihiro Togashi decided to put the story on hiatus four years ago.

Sasaki Hisashi, the vice president of Global Shonen Jump dropped some pretty big news in our laps. The previous editor for the weekly series Shonen Jump revealed the big news via twitter.

BREAKING! Hunter ☓ Hunter will resume serialization in 9/22 issue in Japan! And yes, we will simul-pub! Stay tuned!! https://t.co/SStoEaJpsK

Hunter X Hunter, which was has been on hiatus since 2014 is coming back with the first new issue being published 9/22. The manga will be a simul-pub so that those in other countries will be able to catch up in real time with everyone else.  According to Comicbook.com “The manga has been missing from Weekly Shonen Jump for a straight 20 chapters, and the hiatus follows on the heels of its longest 80-issue hiatus that began in 2014.”

News came after the creator of the manga, Yoshihiro Togashi went live through Shonen Jump and declared he was determined to finish the series Hunter X Hunter.

“I also need to think about wrapping up Hunter x Hunter once and for all. There have been a lot of times when it stops showing up on the pages of Shonen Jump, and I’m sure people are wondering what I’m going. But just as a comedian doesn’t show up on TV for awhile sometimes, he’s still working somewhere else, and I’m working every day,” Togashi wrote.

“Sometimes I’m not sure which will expire first, the series or me,” he added.

This news is pretty big if you are a Hunter X Hunter fan. For those that follow the anime hopefully it is only a matter of time til we see the continuation of the story on that front. To be completely honest I just want to see Gon and his dad go on an epic adventure together more than anything.

Will you be reading the newest addition to the story? Tell Nerdbot in the comments and get the conversation going!