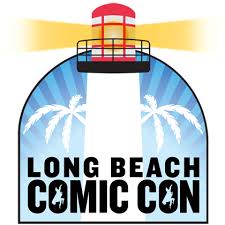 You can find a link to the full Long Beach Comic Con program guide here: https://uberstrategist.link/LBCC-ProgrammingGuide and below is a quick list of some of the amazing events and panels to look forward to: 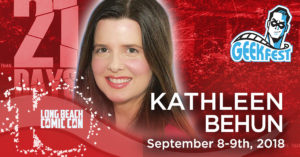 The Science of Black Panther’s Baadasssss Arsenal: Senior FPGA Engineer Benjamin Siepser, Professor of Physics and Astronomy, Michael Dennin, and host of the FGGGBT Podcast, Daniel J. Glenn as they break down all the Vibranium-based gadgets from the Marvel Universe!

LBCC’s Cosplay Contest: The West Coast’s most inventive and artistic costuming wizards show off their fantastic talents and compete in a variety of fun categories for a grand prize.

Additionally, for the second year in a row, Nerdbot Media is partnering with Long Beach Comic Con for media coverage and interview opportunities! Nerdbot Media will be the official interview and streaming provider for Long Beach Comic Con, 2018. The three-year-old media group is well known in the cosplay and expo circuit for their annual conventions Nerdbot-Con and Anime Pasadena. Nerdbot Media is also revered for their night time events, such as Nerd Knights gatherings and after parties, as well as the San Diego Comic Con night club event Ready Party One, which was featured in Rolling Stone’s “Best Things to Do at Comic Con” list.

We can’t wait for this amazing partnership during Long Beach Comic Con, September 8th-9th at the Long Beach Convention Center!

For additional information go to LongBeachComicCon.com and for tickets go to lbcc2018.eventbrite.com.