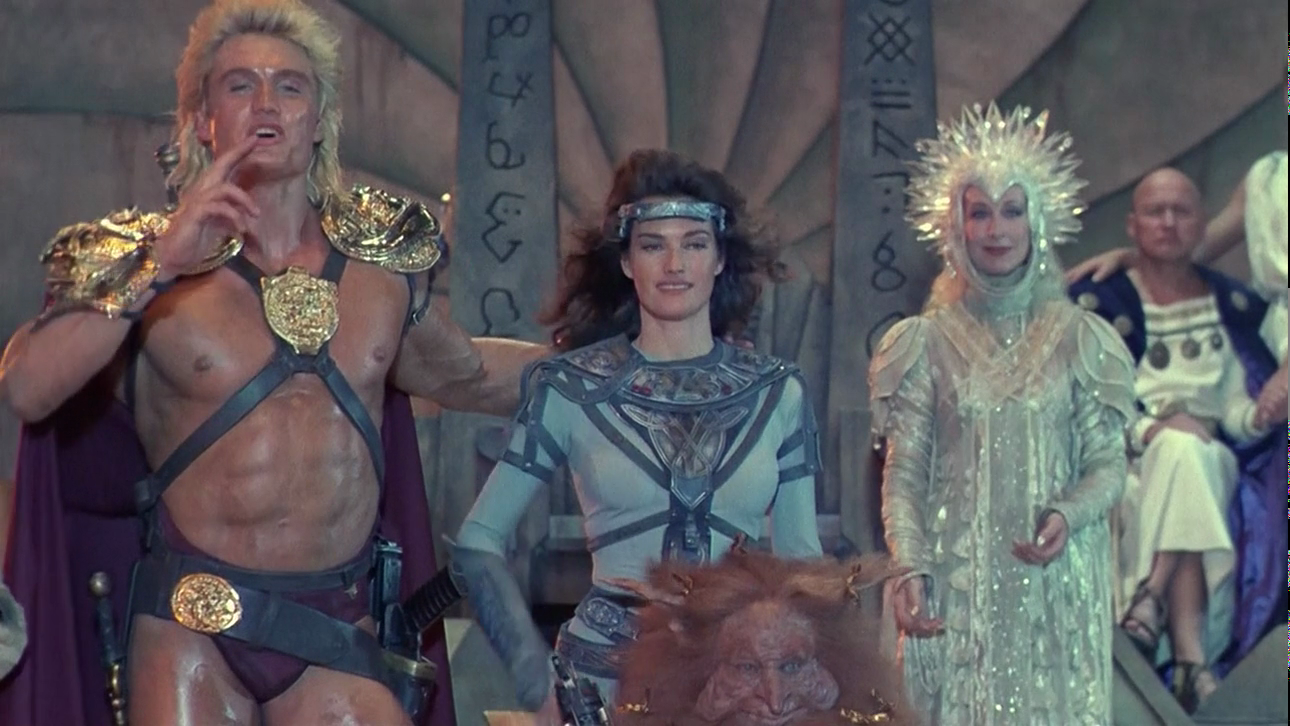 4 Franchise-to-Movie Adaptations that Were Super Disappointing

This is a “Nerd Voices” contributor article by Nerdbot reader Jonathan Meisner. You can follow him on Twitter!

Ever have something you loved get re-imagined by someone else?

Of course, you have, we’ve all experienced situations like that. They try to put their own spin on it and the result is just lackluster or is missing the vital components of what made you love it in the first place.

This can come in several different forms. Some cases it could be beloved cartoons that you held dear as a young child or a badass video game that was adapted for the silver screen.

Today we’re going to look at four such examples, where a beloved franchise from our youth left us with feelings of disappointment, some maybe more than others.

Growing up in the 80’s, I had a local video arcade I would frequent as much as humanly possible and sunk as many quarters as I could scrounge together at any machine that was available for me to play.

When the early 90’s rolled around and my arcade got Street Fighter, I became a World Warrior fanatic!

I’d pony up to the machine and dump quarter after quarter into that bad boy and waste away the afternoon as Ken or Ryu. By 1994 when there was word of a Street Fighter movie hitting the big screen, I was among the many kids that was stoked to see how this would play itself out.

Of course, as with any good movie, or just movie in general, the audience deserves some semblance of a story and a plot, I wasn’t expecting fight scene after fight scene. But I was also expecting something a little closer to Bruce Lee’s Enter the Dragon, or an older JCVD film like Bloodsport with a tournament of badass fighters duking it out at the forefront of the film with the plot being essential, but ultimately secondary.

While we did get several of the Street Fighter characters on the screen, most notably Guile portrayed by Jean Claude Van Damme and M. Bison as played by Raul Julia, the end results were less than inspired, in fact the whole thing just fell flat.

Unfortunately, Raul Julia became quite ill on the set of a film he was working on before Street Fighter, but he soldiered on and made this film, mainly to spend time with his children who were fans of the game. This would however be his final big screen performance before his untimely death, and while it’s not an Overdrawn at the Memory Bank level of disappointing, it’s no mamushka either.

3) TMNT II: The Secret of the Ooze

I saw the first Teenage Mutant Ninja Turtles movie in theaters as a kid and loved it. Although the whole “is Raph gonna die or not” section of that film did freak me out a little.

One of the complaints about that first film however is that it was a little too dark in tone. Well, if that was the case Teenage Mutant Ninja Turtles II: The Secret of the Ooze cured that problem by doing a complete 180 and being as kid friendly as possible.

After getting the Turtles, Master Splinter, Casey Jones and April in the first film, fans would assume the sequel would give us Krang, maybe the Technodrome and Dimension X would make an appearance, or at the very least we’d see Bebop and Rocksteady show up and give our heroes in a half shell a hard time.

Instead audiences were served up Tokka and Rahzar as replacements, along with Vanilla Ice and his cringeworthy Ninja Rap, then we got the rather anti-climatic finale of the film.

Shredder gets upgraded to Super Shredder thanks to drinking the last vial of the ooze that was the big selling point throughout the film, and here comes the big boss battle we’ve waited 90 minutes for, and…he pulls a dock down on himself in a fit of PG-13 level roid rage.

Raph, Mikey, Leo and Donnie broke more of a sweat dancing on stage with Vanilla Ice, and I hit eject on my VCR faster than his rap career ended.

2) Masters of the Universe

It goes without saying that He-Man and the Masters of the Universe was a wildly popular cartoon with kids in the 80’s.

By 1987 its popularity was beginning to wane, so what better idea than to release a live action version of the animated series?

My imagination ran wild wondering what Eternia would look like on the big screen, how the struggle between He-Man and Skeletor would play out in front of my eyes, and how epic would the clash between good and evil be?

Unfortunately, this film did not have the power.

The first and major problem for me at least is that He-Man, Teela and Man-At-Arms wind up on modern day Earth. I’ve never enjoyed when a sword and sorcery character is thrust into modern day Earth, so it can be played off for laughs with the whole “fish out of water” trope (See Beastmaster 2 as another example…or not).

There’s also no Orko, there’s no Battle Cat, but there is some nonsense about a Cosmic Key, and the actor who played Strickland from Back to the Future shows up as a cop trying to make sense of this mess, and I was waiting for him to start telling He-Man he was a slacker.

The only saving grace of this film is the performance of Frank Langella as Skeletor. Sure, he’s not the lovable goofball we grew up with in the cartoon but go back and watch the movie (if you dare) and tell me he isn’t into his role. Dude is chewing scenery like it’s sunshine acid from the 70’s.

I’d wager it’s a safe bet that’s what the writers were on at the time as well.

I can hear you all now. How can the 1986 film be considered a disappointment? Are you sure you don’t mean all the Michael Bay Transformers films?

Trust me, I could go on for days about the Bay films.

Let me sum it up for you in three simple words.

Alright, maybe traumatizing is a better word than disappointing but I’m sticking with it.

Don’t get me wrong, I absolutely love this movie. The soundtrack, the scope of the story, Unicron. There’s so much badassery in this film. But man, when Optimus dies, for me that’s the pinnacle of disappointment. It was a total gut punch for me and undoubtedly all Transformers fans at the time.

Obviously most of us were too young to understand the film in front of our eyes was a cash grab to promote the new toy line, but there we were, being subliminally told to forget our old Transformer friends and saddle up to the new ones.

Let’s talk Ultra Magnus for a minute. I wanted to like him, I really did. He looked cool, he was voiced by Robert “Unsolved Mysteries” Stack, and Optimus passes on the Matrix of Power to him, so he can lead the Autobots during their “darkest hour”.

But he ends up as nothing more than a red herring, a sacrificial lamb for Galvatron, Scourge and the Sweeps to mow down faster than I mow down a Zesty Avalanche roll at my favorite sushi restaurant.

All good things eventually come to an end, I get that. I continued to watch Transformers after its season 3 premiere and liked the new characters such as Galvatron and Rodimus Prime well enough, but after this film was released instead of being more than meets the eye, it would really never be the same for me again.

Do you have a not-so-favorite cartoon/video game/toy line to movie adaptation? Are there any real junky ones we missed? Tell Nerdbot about it in the comments!