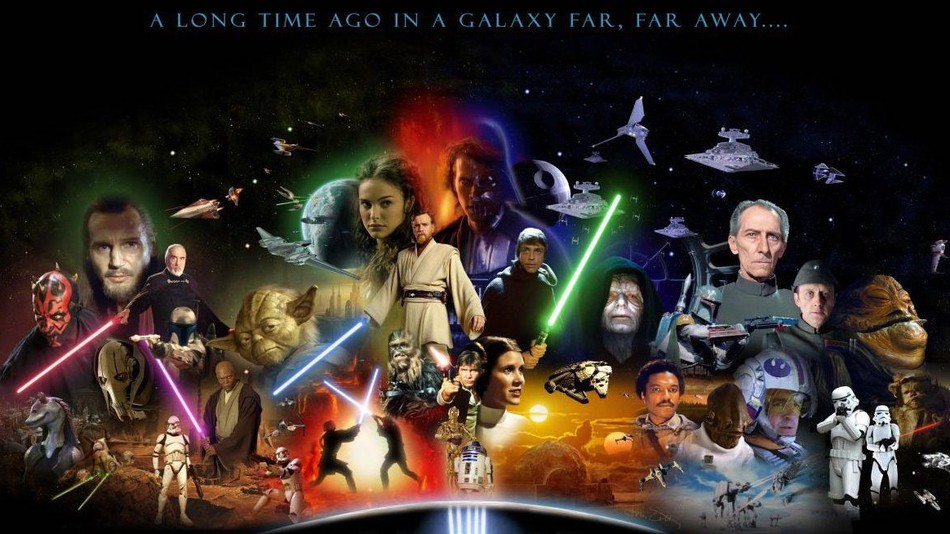 17 Junky Star Wars Quotes That Made Us Wonder Why

Especially you, Brian. And it wasn’t called A New Hope, dammit. IT WAS JUST STAR WARS. YOU SAW IT IN THE THEATERS!

But man, despite that brilliance in there- is there some boner dialogue or what?

So hitch up your Jedi, pull up your parsecs, and take a ride in PopLurker’s bucket of bolts while we relive

the Star Wars quotes that made us say…

So today on PopLurker, we’re counting down the worst sand-hating dialogue in Star Wars history complete with photos capturing the way WE remember the scenes looking!

“You were the chosen one!” – Revenge of the Sith – One of the worst acted pieces of dialogue in cinema history.

“You are part of the rebel alliance and a traitor. Get her out of here!” Man, if that wasn’t some dad-voice guilt right there. We sure Vader wasn’t Leia’s dad the whole time? – A New Hope

“No,no,no…you shall HUFFLEPUFF DURP-ADERP-DERP….UNLIMITED POWER!” This may not be the exact quote, but this is definitely how my ears remember that embarrassing sludge. Darth Sidious, Revenge of the Sith

When little Anakin says “Yippieeee” all dead-tone-horrible-actor, The Phantom Menace

::picks nose, licks finger:: Are you an angel? – Anakin Skywalker, The Phantom Menace

“I have the high ground!” – Obi-wan after he and Anakin spent seven minutes leaping around lava rivers and machinery in “Revenge of the Sith”.

When Anakin screams “I HATE YOU!” like his dad just took his Gameboy away. Ugh, awful. – Revenge of the Sith

I killed them. I killed them all. They’re dead, every single one of them. And not just the men, but the women and the children, too. They’re like animals, and I slaughtered them like animals. I HATE THEM. – Anakin, Attack of the Clones

It’s not exactly a line, but that scene in Return of the Jedi where the Emperor is laser-blasting Luke and Vader just kind of looks back and forth between them a few times before his body language goes “Fine!” and picks up Sidious to throw him in the garbage. Something about that glancing at Luke, Sidious, Luke, Sidious, is really dumb to me.

Lemme make sure we all saw the same thing. Boba Fett just rocket-blasted himself into a sand-pit, right? – Return of the Jedi

“I have a bad feeling about this.” -All of them