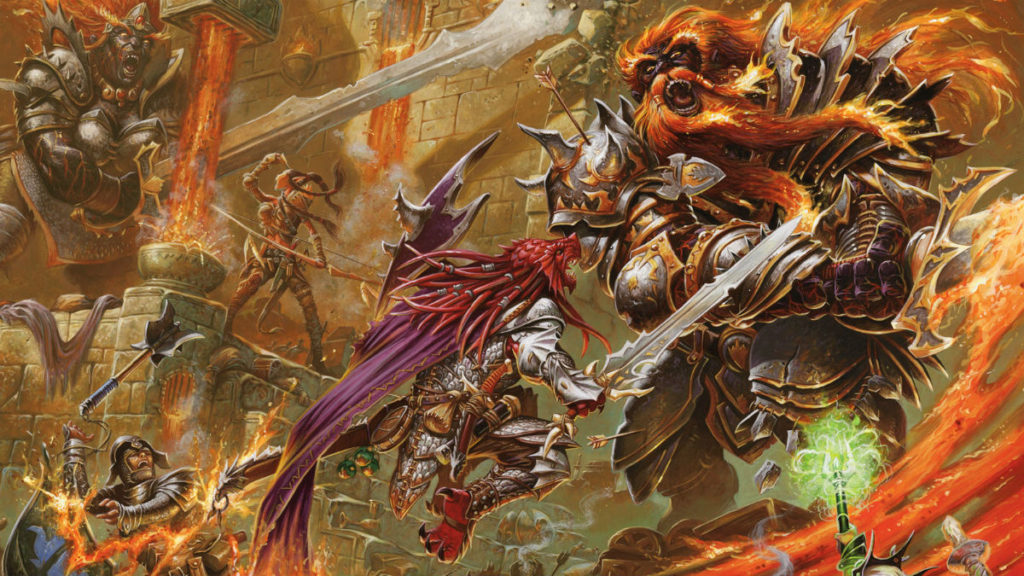 All right, now let’s talk places like New York City. Chicago. Los Angeles. Or, if you’re a Canuck like me, Toronto.

What do they have in common?

They’re huge metropolitan cities, with an enormous population of people. And if you’re into nerd shit whether it be Pokémon Go, Magic the Gathering, or (our topic on Nerdbot today), Dungeons and Dragons, you should have little to no issue finding like minded people to play with. Hell, there are also conventions to visit, or comic and hobby shops to purchase the paraphernalia you need to get another slam of your nerd fix.

However, when you grew up in a small Atlantic Canada village of 1,400 like I did, it isn’t quite that simple.

Grab your 12-sided die, your Dungeon Master’s Guide, and lean real hard over your Doritos and Mountain Dew for a true tale of woe. Because I’m about to share an epic of the trials and tribulations of the Small Town Dungeons and Dragons Nerd.

4) On A Quest for Knowledge

One of my oldest friends is a guy named Perry that I first met in Kindergarten. Fast forward a few years later to about the 3rd or 4th grade, and Perry would introduce me to the Dragonlance series of novels.

Because that’s what a good friend does for another. They drag them down that rabbit hole laden with tchotchkes.

I was swallowed whole by the stories of adventure and magic. Two characters I immediately identified with were the frail mage Raistlin Majere with his gold colored skin, white hair and hourglass shaped pupils, because I always thought magic was cool as hell and he looked badass, and then there was the kender Tasslehoff Burrfoot.

Tasslehoff, or Tas for short was inquisitive, curious and always looking for the next adventure, and if you’ve read Dragonlance you know the worst thing for a kender is to be bored and you should lock up your belongings and always check your pockets, as kender like to “borrow” stuff.

Tas was my favorite due to his carefree and childlike demeanor; hell, I was still a child myself and while I didn’t have the inclination to “borrow” things, I was so hooked on Tas that I’d get my Grandma to put my long hair (some things never change) into his trademark topknot.

Because no one can resist a man-bun.

Looking back on it now, me wearing my hair in a topknot seemed ridiculous, but I didn’t care. Tas and me were buddies.

A few years later, Perry would then introduce me to Dungeons and Dragons when I was visiting his house one day. The idea of creating my own characters and navigating them through their own adventures as if I was Tasslehoff or Raistlin intrigued me and I was hooked immediately.

Now keep in mind, growing up in a small rural community, getting around wasn’t the easiest. I could get my Grandma to drive me around, but what self-respecting 13-year-old wants to be seen with his parents or grandparents? Total loss of cool points, right?

Quit staring at my topknot!

So, I’d either walk along the tracks by my house to my friends’ houses. Or, if I wanted to purchase my own set of dice to play D&D with, I could take the local bus system and make the half an hour sojourn from my house to the nearby university town of Wolfville.

The bus came every hour on the hour, so you didn’t want to miss it.

Otherwise, you were looking at a Choose Your Own Adventure scenario.

If you want to cut across the school and walk the tracks to the next town that had a stop, and have a chance encounter with a cow, turn to page 95.

If you want to wait at your current location and hope the batteries in your Discman had enough juice for you to stand there and Let There Be Rock until the next bus came along, turn to page 63.

I’d jump on the bus; much to my grandma’s chagrin and venture to a store simply known as The Market.

The Market sold heavy metal t-shirts (which I’d buy on occasion as well. I mean Heavy Metal IS the Law according to Helloween), flags, pins and banners, as well as some more grown-up items of the smokable variety that I’d become well acquainted with by senior high.

It was here I’d buy my dice. D6’s, D12’s. D20’s, of assorted colors and varieties and then I’d find myself at one of my friends houses to play Dungeons and Dragons for 3 hours…before I was slain by an elf.

When you’re 12/13 years old you don’t really have a lot of disposable income. However, I was a little more fortunate. I wasn’t rich, but being raised by my grandparents. My grandfather was a World War II veteran and he got a monthly pension. Which for me meant getting a monthly allowance. And let me tell you, I blew through it on the regular by buying heavy metal cassettes and CD’s as well as Calvin and Hobbes books.

Therefore, to get the extra cheddar I needed to supplement my D&D addiction, I had to do odd jobs like picking blueberries or mowing lawns in the summer. Pick enough blueberries in the humid Nova Scotia summers and you start hallucinating Violet Beauregarde standing in those fields with you after she chewed that 3-course dinner gum in Willy Wonka’s factory.

If it was winter I’d shovel my driveway to get that cash money. Then I could hit up The Market for my dice or if we were at the mall, I could get the books I needed from the bookstore.

How many books did I buy, you may be asking?

All the books in the freakin’ room, son!

It didn’t matter, I needed them all! Boxsets too. Dragonlance, Menzoberranzan, Ravenloft. I was insatiable and had to have all of these in part because I’m a completest and I wanted to play in new adventures whenever possible.

Now, being a teenager, I certainly had an interest in girls, no doubt about that. However, girls didn’t really dig on D&D, at least not in my neck of the woods. A couple girls came over to my friend Jeremy’s house to play a couple of times, but that fizzled out rather quickly. Everyone wants to be a nerd until it’s time to do Nerd Shit. I played baseball for a minute, but it didn’t hold my interest. My imagination and creativity were key, and I immersed myself in the various games and the Dragonlance books as a means of escapism when I wasn’t striking out at the batter’s box or striking out trying to get that one girl on the soccer team to notice me.

I was rolling dice instead of flipping bats.

These days so many franchises get film adaptations. Whether it be Marvel, DC, or the Lord of the Rings. Dragonlance really hasn’t been as fortunate however.

Growing up, Perry and I would fantasy cast for the Chronicles and Legendstrilogies of books, and I still find myself doing that today swapping out someone like Arnold Schwarzenegger and Christopher Lambert as the twins Caramon and Raistlin Majere back then with Chris Hemsworth and Tom Hiddleston today.

If I wasn’t casting the film versions of the books in my head, I would constantly be drawing characters from the books, or chiseling dragons into slabs of wood during woodshop class.

And yes, we’re ignoring that Dungeons and Dragons cartoon from the 80s.

There was a direct to video animated film for the Dragons of Autumn Twilight book in 2008, but it was met with little interest and panned upon release, and for a fan like me it was disappointing when I got the chance to check it out.

The novels are quite broad and detailed, so condensing the Autumn Twilight book into a 90-minute film when it should have been at least 150 minutes long was a letdown, along with the less than stellar combination of 2D animation and CGI.

To be fair, when you’re a fan of a series of novels or a comic, your expectations are usually set super high, and no matter how hard a director or studio may try, the product on the screen is usually going to miss some marks. (I’m looking at YOU, mid 90’s Judge Dredd).

However, there was word as of last fall that another potential Autumn Twilight film was in the works. I’ve been wanting to see a live action Dragonlance film series in my lifetime, and hopefully this is the version myself and fans have been clamoring for after all these years.

We’re looking now at 30 years since Perry introduced me to Dragonlance and Dungeons and Dragons, and while I don’t play the games like I used to, I still have a love and appreciation for it. And still have the same tight circle of friends to this day that I met back when I was in junior high. I’ve retained these friendships ever since.

I try to go home to Nova Scotia around the end of every May, but instead of rolling a 20-sided die, my friends and I are pounding 20-ounce pints at the local pubs.

By imagining these make-believe worlds; whether it was playing D&D or envisioning the world of Krynn in the Dragonlance novels, it also fueled what was already at an early age, an insatiable wanderlust, and wanting to check out new locales outside my front door.

Something as simple as a game among friends to kill time when skipping classes at the school library or a weekend afternoon, reshaped my life and personality into what it is today.

I still have many of the Dragonlance novels on my shelf which I can turn to whenever I choose, and if you want I can sit down over coffees or beers and run you through the series chronologically and rattle off the canon, story arcs, and characters like it was the 90’s all over again.

Pushing 40, I am however NOT wearing my hair in a topknot…unless you want to roll a 20-sided die or grab that 20-ounce pint with me first.