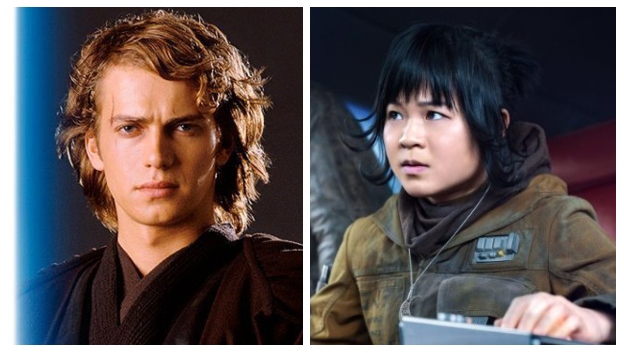 Could Henry Cavill be coming back to Warner Bros. DC universe as Superman?
Read more

After penning a powerful essay that detailed her experiences with harassment, Star Wars: Episode IX actor Kelly Marie Tran received an outpouring of support from fans, friends, and fellow alumni from the galaxy far, far away.

As reported on Comicbook.com, now Anakin Skywalker actor Hayden Christensen is echoing the supportive sentiments and offering advice to the beleaguered Tran, speaking from his own experience.

“I don’t know if I have any advice for that, but just, you know, don’t take it too seriously, because unfortunately [bullies] are the ones that make the most noise,” Christensen said to Entertainment Tonight. “But the majority of the people don’t feel that way, so, keep that in mind.”

Christensen was also subject to intense fan backlash for his role in Star Wars: Attack of the Clones and Star Wars: Revenge of the Sith. The actor has since bounced back and found support among the fandom, most recently appearing at Star Wars Celebration last year with George Lucas.

His support comes after Tran published an essay in the New York Times, which clarified that she left social media after trolling from so-called Star Wars fans was taken to offensive extremes.

“It wasn’t their words, it’s that I started to believe them,” Tran wrote. “Their words seemed to confirm what growing up as a woman and a person of color already taught me: that I belonged in margins and spaces, valid only as a minor character in their lives and stories.

“That feeling, I realize now, was, and is, shame, a shame for the things that made me different, a shame for the culture from which I came from. And to me, the most disappointing thing was that I felt it at all.”

She added that she now realizes the importance of her position and vowed that she wouldn’t give up.

“You might know me as Kelly,” Tran concluded. “I am the first woman of color to have a leading role in a Star Wars movie. I am the first Asian woman to appear on the cover of Vanity Fair. My real name is Loan. And I am just getting started.”

Star Wars: The Last Jedi co-star Mark Hamill offered his support on Twitter where he praised her essay.

“I said it before & I’ll say it again: WHAT’S NOT TO LOVE?” Hamill wrote. “I love you, Loan… we don’t deserve you & you ARE just getting started.”

Tran will next appear as Rose Tico in Star Wars: Episode IX, scheduled to premiere in December 2019.

A Bolivian Orchestra is trapped in Rheinsburg Castle after traveling to perform at the MaerzMusik festival.
Read more

We are proud to present Nerdbot’s Cosplay Spotlight where I interview cosplayers from around the world and share their work with you all. To begin the showcase, Nordballe from Denmark.
Read more

Looks like Funko is finally releasing a set of the Spider-Man pointing meme!
Read more

“Casper” Turns 25: How the Movie Changed My Life

"Casper" came out 25 years ago today, and for some of us that movie meant changes in our lives. What did you enjoy most from the movie? And how did it affect you growing up?
Read more

Fireflies are under threat of extinction across the planet, but especially in the United States.
Read more
News