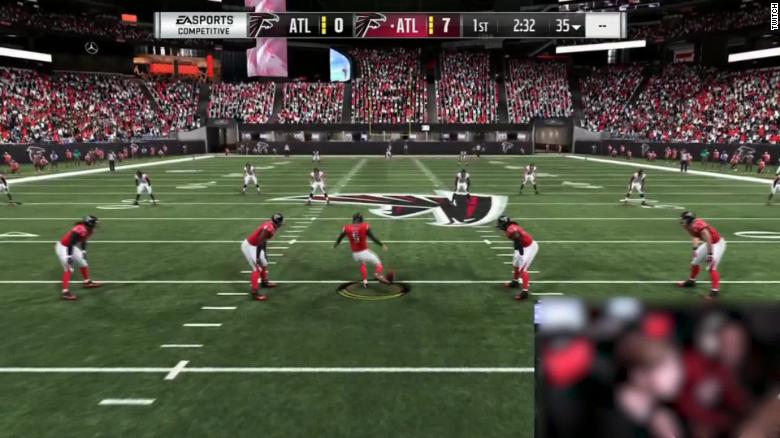 Nine other people suffered gunshot wounds and two people were injured fleeing the area, Williams said. The gunman, identified as 24-year old David Katz, of Baltimore, Maryland, took his own life inside Chicago Pizza after the shooting, the sheriff said. Katz, who was in Jacksonville for the football video game competition, used at least one handgun in the shooting, the sheriff said.
The shooting occurred at the Jacksonville Landing complex during a qualifying event for the Madden 19 Tournament at the GLHF Game Bar, CompLexity Gaming, one of the gaming teams, said on Twitter. The Landing is an open-air marketplace with stores, bars and restaurants in downtown Jacksonville along the St. Johns River.
At least three people injured in the shooting were transported to Memorial Hospital and all are in stable condition, hospital spokesperson Pete Moberg said. One person is being treated for a minor injury at Baptist Medical Center, spokesperson Cindy Hamilton said.
UF Health Jacksonville received six patients, including one in serious condition. The victims ranged in age from 20 to 35 years old. The victim in serious condition had multiple gunshot wounds to the chest, and doctors are monitoring this patient’s heart.
At least three patients were shot once, and three were shot more than once, UF Health said.
Williams said the injured victims were in stable condition.
In an online stream of the Madden event posted to the website Twitch, several loud gunshots can be heard and the game abruptly stops.
After several shots ring out, people can be heard screaming, and one person cries out, “Oh f**, what’d he shoot me with?”
The stream did not show the shooting.