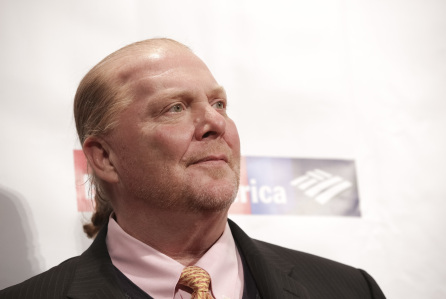 New reports from Deadline state that at least seven women have already accused Batali of alleged inappropriate touching in public, causing him to lose his television jobs. Batali has also seen his his restaurants in Las Vegas shutter and restaurant group partnerships ending.

Nothing is sacred. Everyone is garbage. Why does Mario Batali have to be a sleaze too?

Natali Tene, a 28-year-old from Boston, says that the Batali incident happened in April 2017. She claims that Batali groped her after suggesting a selfie series. He allegedly rubbed her breasts, grabbed her backside, put his hands between her legs, and kept squeezing her face into his as he kissed her.

Commence cringing and gagging on our end.

The lawsuit was filed in Suffolk Superior Court in Boston and claims emotional distress, anxiety and self-doubt on Tene’s part as a result of the alleged groping.

The New York Police Department is still deciding whether to charge Batali related to complaints by two women who say he sexually assaulted them at two of his Manhattan restaurants, the Spotted Pig and Babbo.

Batali has not commented on the latest allegations.

And we thought he was one of the good ones. Let’s all sad sigh together, shall we?