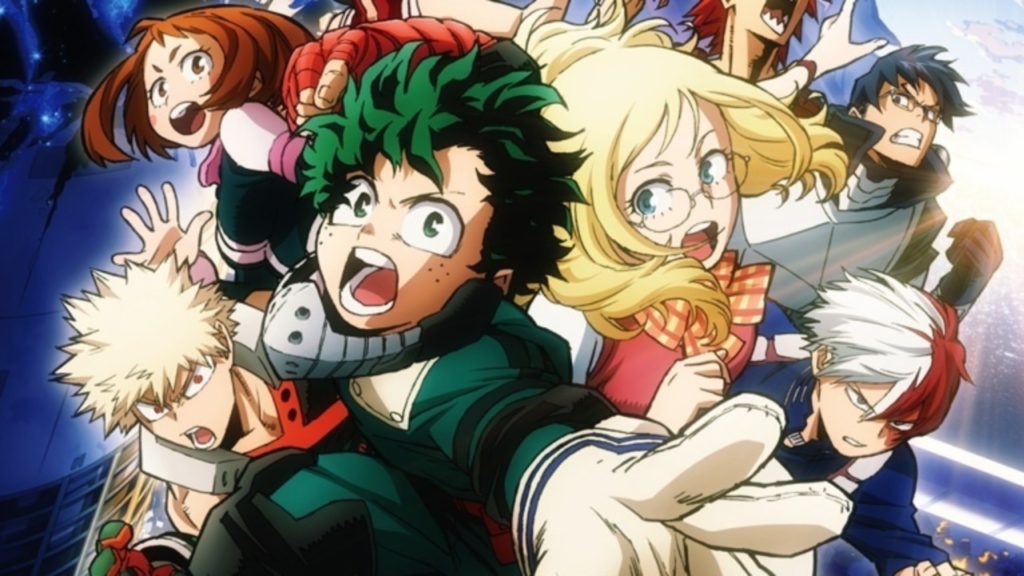 Funimation announced via tweet that ticket sales for the new My Hero Academia movie will go on sale August 24th.

“After the end of the climatic Final Exams, the U.A. Class members head off to their school field trip for Summer break. However, before they head off to the school field trip, All Might and Deku accept an invitation from someone to go abroad to a floating and mobile manmade city, called ‘I Island.’ All researchers in the world, from both East and West, are gathered in this place, known as the Hollywood of Science, where they research quirks as well as hero supplemental items at the special ‘I Expo’ convention that is currently being held on the island.”

“I always wanted to include a chapter about All Might’s past, or rather, I thought that I definitely need to write about his past. In the movie, the young All Might is shown studying abroad in America, and I thought this might not be something that could be brought up anymore in the actual manga story up until now, so I saw the movie as a chance to present this,” Horikoshi said.

“Of course, without a doubt, the movie and manga are adjoined, and the movie is connected to the manga story that happens after it.”

Set your calendars so you don’t miss out on this once in a lifetime experience! Will you be going to see this in theaters? Tell Nerdbot in the comments and lets get the conversation going!