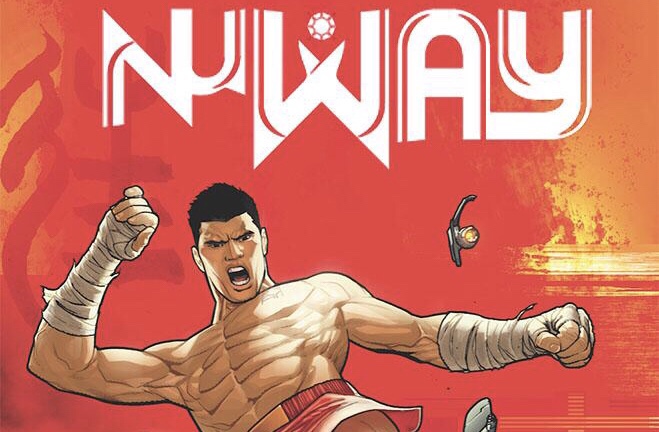 Alright everyone I know what you’re thinking; Adam… aren’t you the dude who doesn’t shut up about all things DC Comics? First, yes that is true, 100%. However being a man who doesn’t mind getting down on something new from time to time, I figured why not expand my horizons a little bit.

Which brings me to a recently started run from Aspen Comics called Nu Way. And might I give a big shout out to the folks at Aspen for sending us a copy of the latest issue. Thank you! 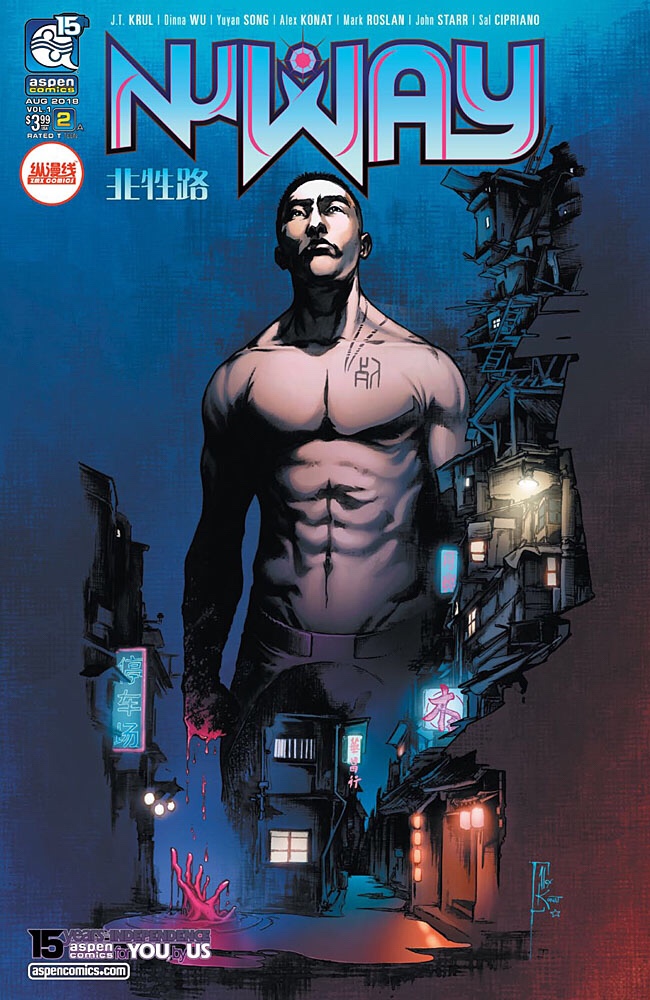 So far there have been two installments in the series and from the online research I did prior to reading issue #2, allow me to bring you up to speed. Keep in mind I’m giving you an abridged version of the story. Basically we’re looking at a future setting in the city of New Zheng. Very tech heavy, maybe a sprinkle of cyberpunk but not full on Altered Carbon. Our lead, Zihao is trying to make a better life for himself through fighting. Unfortunately he needs to enhance his body with cybernetic upgrades in order to complete on the grandest of stages. Imagine Gladiator Russell Crowe, only a super advanced laser cannon for an arm.

Like I said a very abridged summary but I think it’s enough to get us going as we discuss the latest issue. So let’s do it! 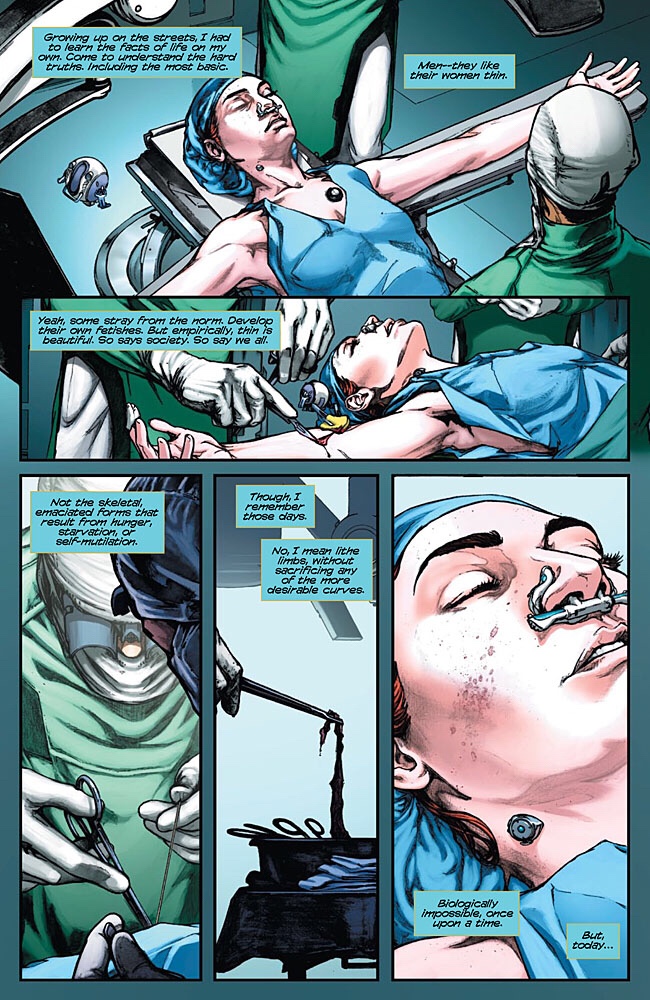 We open with woman named Cassi, lying on an operating table. Doctors perform a cybernetic plastic surgery procedure that results in a shiny metallic arm capable of holographic communication. Just like Princess Leia and R2, the message itself is actually blue too if you’re trying to paint a mental picture. Cassi is invited to dinner by a media mogul named Lei who is looking to acquire a network run by Russian Nationals.

Next, we resume with Zihao taking a tour of the Ultimatum Arena. As he walks the halls we get to see some of the other competitors. Huge, jacked AF examples of human kind, bearing robot features that can do some real damage. Zihao shows off his hero swagger by trash talking a fighter easily twice as big as him. This cool confidence draws you in the same way Jon Hamm hooks you just by being on screen. There’s something about a protagonist who chooses quality over quantity when it comes to words. It prompts the audience to want to learn more about him because the character isn’t too in your face.

Then the issue shifts to a flashback featuring Zihao and an old man named Ling having a heart to heart about the moral gray area in adding mechanical enhancements to the human body. Not just for the sake of fighting, but in general. Ling is against it, yet offers any support he can.

When we resume in the present time, Zihao delivers a brief, heartfelt soliloquy reflecting on the past. Then he hangs himself. 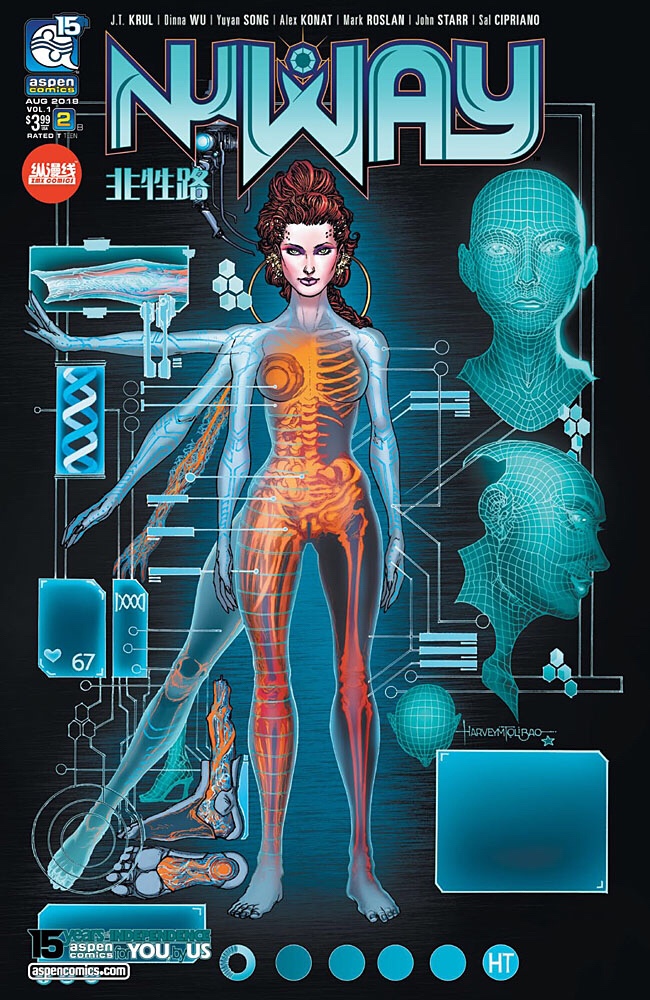 Yeah right! We wouldn’t have a series if the hero dies in the second chapter. This isn’t Game Of Thrones. Turns out the suicide attempt was faked so Zihao could attack the guards and escape the Ultimatum. He claims “I won’t let them take away any part of me. Not without a fight”, potentially setting up a “non-enhanced hero” v “enhanced bad guys” type thing. Remember, the villains have to be stronger, smarter, more vicious. And I couldn’t think of a better direction to go than a regular fighter battling a flock of cybernetic arena warriors.

The issue comes full circle in the end as Lei has a meeting with Jasper, who I’m assuming owns the area/gladiator fight league. Jasper has been made aware of the ruckus caused by Zihao and deploys a henchman like character named Qiang to put this fire out.

Not going to lie, for getting a random comic emailed to me on a Tuesday afternoon… Nu Way was pretty damn dope! I’m actually a little mad I didn’t start from the beginning it was that good.

What I see here is a perfect balance. It’s science fiction, but not too over the top or in your face. Yes it’s technology heavy, but not too much. Creators J.T. Krul, Yuyan Song, Dinna Wu along with Alex Konat, Mark Roslan, John Starr, and Sal Cipriano found a great harmony in both the imagery and story which I feel can make Nu Way a standout, even amongst recent hot sellers like Doomsday Clock.

Hey beautiful people at Aspen Comics, if you want to keep sending us issues, we’ll gladly keep reviewing them. It was a pleasure.

Are you reading Nu Way? Let Nerdbot know your thoughts in the comments!!