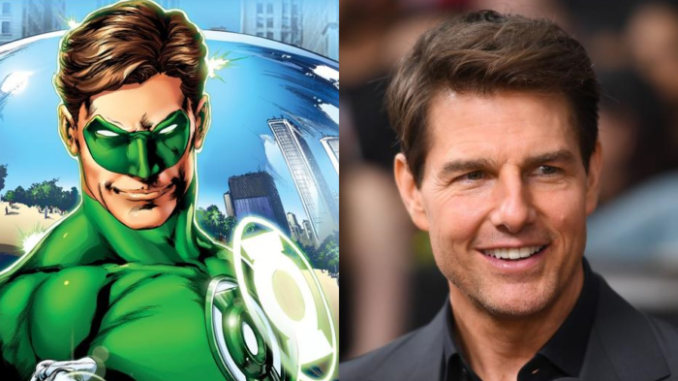 It looks as if Warner Bros. is at it again with enlisting A-List talent for their DC movie universe. As reported by Comicbook.com, Tom Cruise is in talks to star in the new Green Lantern Corps movie. Cruise has been tied to casting rumors since early March, after the report of Christopher McQuarrie, a frequent collaborator with Tom Cruise.

After the failed Green Lantern movie starring Ryan Reynolds, it is heartwarming to see that DC is taking extra care this time around. DC is working patiently with the script and it seems they are willing to spend some money to make the movie great.

Tom Cruise is one of the biggest action stars in Hollywood. Known for performing his own death defying stunts in the Mission Impossible franchise. This would be a huge deal for DC to bring him aboard, as Cruise has never played a superhero before. The only thing holding Cruise back, it seems, is the script. The original script had the character Cruise would play killed off. If he was to agree to a deal, Cruise requested for this to be changed. The only stipulation I am sure that Warner Bros. could make, in order to land an actor of Cruises’s caliber.

The Green Lantern Corps movie is set to star Hal Jordan and John Stewart, both of the most well known and popular Green Lanterns. With this in mind, who would you like to see star along side Cruise as John Stewart? Hopefully we will learn more details about this movie in the near future.