Everybody remembers the show Friends, right? Set in New York City, the show centered around a group of crazies in their late twenties. Monica was the neurotic one, Ross was the nerd, Chandler was the funny one, Rachel was the stereotypical prom queen, Joey was the dumb one…

And Phoebe was the time traveler.

Yep, it’s true. Even though they never came right out and said it. It’s crystal clear that Phoebe was very obviously the female equivalent of Bill and Ted.

How do I know this?

Throughout the course of the show, Phoebe seems to have a sixth sense. A preternatural knowing that gives her answers and information the others don’t have. She seems to know that she will die on October 15th, 2032. When the six of them buy a bunch of lottery tickets Phoebe knows ahead of time that one of their tickets will be a winner. When Rachel gives birth to Emma, Phoebe makes a bet with Monica about when the baby will be born. She wins multiple days in a row and ends the bet the day Emma arrives. Even in the episode where we see what their lives would be like if they had made different decisions, alternate timeline Phoebe is eerily good at picking stocks (which we all know is closer to fortune telling than the scientific method) if you don’t know what is going to happen ahead of time.

Phoebe explains away some of this by stating that her psychic told her these things. However, her psychic is clearly terrible at her job. She isn’t able to tell Phoebe that she has a mom living in Montauk, she doesn’t warn Phoebe about the fire in her apartment, and in “The One Where Joey Loses His Insurance” the psychic predicts Phoebe’s death is imminent before kicking the bucket herself!

This clearly isn’t the work of a super talented psychic friend.

Phoebe Has Talents She Really Shouldn’t Have

Speaking of the things Phoebe knows, based on her experiences Phoebe should not have all of the skills and talents that she does. Her life basically went like this:

Born – Lived with psychotic mother and sociopathic twin sister until her mom killed herself – Moved to NYC as a young teen and lived with a homeless dude in an abandoned car – Got hepatitis when a pimp spit in her mouth – Moved to Prague for a while – Became a massage therapist and moved in with Monica.

She has no high school diploma, as she explains to Rachel in “The One with Ross’ Sandwich”. She never went to college or even had a stable adult role model in her life until she moved in with her grandmother after moving out of Monica’s apartment.

So how the hell does she speak both Italian and French? She mentions getting together with a couple of other homeless people to learn French behind some dumpsters, but learning a language is no easy feat. Most people can take years of professionally taught language classes and still never become fluent, so teaching yourself one foreign language, let alone two, when you are fighting for your own survival on the streets of New York City seems damn near impossible.

She also somehow got a massage therapy license. This requires a high school diploma and hours upon hours of classroom training, not to mention all of the upfront costs for the license, the table, and the necessary supplies.

Beyond all of that, she occasionally manages to drop an off-hand comment that alludes to a lifestyle and skillset that just don’t mesh with what she has explained to her friends. For example, in “The One with Ross’ Tan”, we see the following exchange:

Phoebe: (leaving) Fine, fine! You would not hold up well under torture!

Monica: And you would?

That seems like an odd statement for your normal massage therapist. In “The One With the Dirty Girl” we get another random comment that seems to indicate there is more to her story than she is letting on:

Phoebe: Look, I’ve had a lot of jobs, okay, and there are some people who just always try to get out of paying. It’s either, you know, “that massage wasn’t long enough, or, “I don’t recognize any of those songs,” or, you know, “these sombreros aren’t big enough. Bad little white girl!”

So, she worked in a Mexican sweatshop at some point too? None of these things should be possible based on her life experiences unless, of course, her actual timeline isn’t quite as linear as we’d expect it to be.

Per her own admission, Phoebe managed to live in Prague long enough to end up in multiple romantic relationships before she met the rest of the gang. She also worked at a Dairy Queen at some point, earning her first paycheck the same day eight people were killed in a mining accident.

Based on her life story as it is told throughout the series, she moved from upstate New York to NYC around age thirteen or fourteen. There wasn’t a Dairy Queen in NYC before 2014. Thus, she couldn’t have been dipping dilly bars while living in NYC at the time she told that anecdote, leaving her story full of so many holes trypophobes would need to look the other way.

However, Dairy Queen expanded into Poland and the Czech Republic in 2015. Shortly thereafter in 2016 there was a cave in at a copper mine in Poland, killing 8. This would have been big enough news to have been broadcast on television and make the front page of the papers, making this an especially memorable event for a young teenage girl living in nearby Prague, making the receipt of her first official paycheck memorable for more than one reason.

This is the Phoebe Buffay equivalent of “Where were you on 9/11?”

But all of these things could be explained away, I suppose, if she hadn’t brought physical proof of her time traveling back from the past with her.

In “The One with The Mugging”, we discover that young, homeless Phoebe once used a pipe to rob nerdy, preteen Ross of his backpack outside of the comic book store. In his bag was a comic book he had created called Science Boy and he was obviously still distraught over this loss. So, of course, Phoebe is able to find the comic book in a box of her things and return it to him, helping heal the wounds of a crime committed long ago.

Except that previously in the show Phoebe’s entire apartment was destroyed by a fire. There was so much damage, in fact, that she and Rachel (her roommate at the time) were forced to move in with the other friends while they got their lives put back together. Now all of the sudden Phoebe turns up with this fifteen-year-old comic book that shows no signs of aging, water damage or singed edges?

When you add up all the signs it seems much more likely that Phoebe found out Ross was still hurt by being mugged and went back in time to bring him the comic book he loved so much. Phoebe can clearly travel both forward and backward through time, so if you think no one told you life was gonna be this way…

That’s probably just because you weren’t listening to Phoebe. 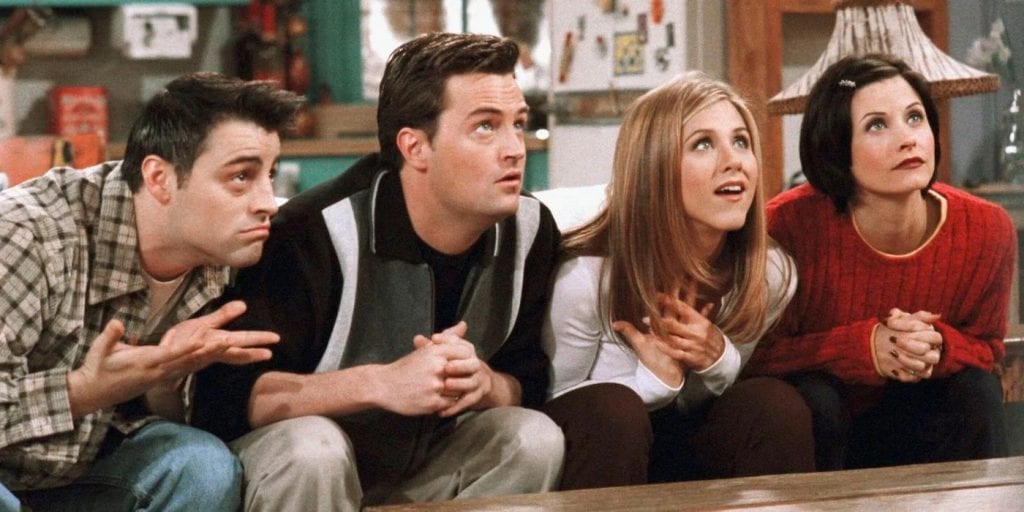